Tech investment company A15 launched in Egypt in October, heralding its arrival with the news of the sale of one of its biggest companies, Otlob, just a few weeks later.

After several years nursing tech companies as OTVentures, the new $100 million company is planning to get back into the startup game.

It has $3 million set aside to invest in early stage companies in the region next year, with other startups recipe platform DishDino and employee performance indicator startup Performly (not to be confused with the UK social media startup) to be launched in 2016. 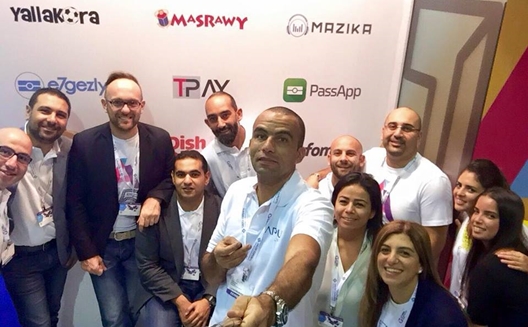 “Our companies remain as they were under OTVentures, so we make sure to keep diversifying the investments into small and medium sized companies. We now have around 1000 employees working in more than 20 countries in the region,”  A15’s CEO Fadi Antaki said in an interview with Wamda.

For now, the company is primarily focusing on technical entrepreneurial projects. It is looking to expand to new markets in the MENA region through incubating creative ideas, and developing startups into success stories.

Antaki said the criteria for investing in companies was not based on the target’s profits.

“We concentrate on the surge in revenue or the number of subscribers to the service or the desirability of the product itself. We do not specify an amount for funding, the needs of the project itself determine the amount needed. Generally, the funding amount varies from half a million to a million Egyptian pounds,” he said.

A15 requires a share between 15 percent and 60 percent of the businesses it invests in, such as E7gezly in which it owns 51 percent. All of the other current portfolio companies are wholly owned by A15.

The investment company is not planning on doing any more exits after it agreed to sell Egyptian food-ordering website Otlob.com to Rocket Internet in late 2014, one year into a turnaround program. The sale was announced in October this year. 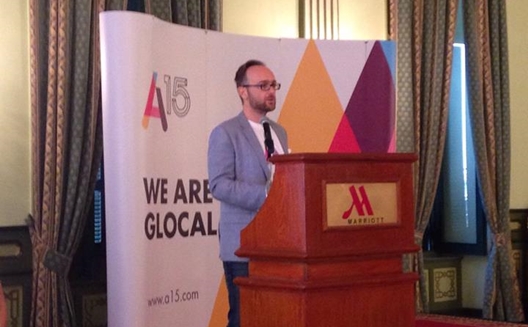 A15 has also launched a startup incubator, only available to the companies it owns or is invested in, called Catalyst.

Antaki said they sometimes accepted outside businesses or projects so long as they achieved high growth rates.

“We have created this program to incubate new small to medium projects. In it, we provide services that include idea development, trainings, electronic workshops and business model classification, to help turn ideas into companies,” he said.

A15’s internal businesses can stay in the Catalyst program for indefinite periods of time, depending on its needs.

“If the project’s duration exceeds six months without showing a significant improvement in numbers, we are forced to drop the project and redirect our focus towards another one,” Antaki said. “If it reaches a part of its objectives, we will keep supporting the project till it balances out or till we can provide it with external funding or till we withdraw from it.” 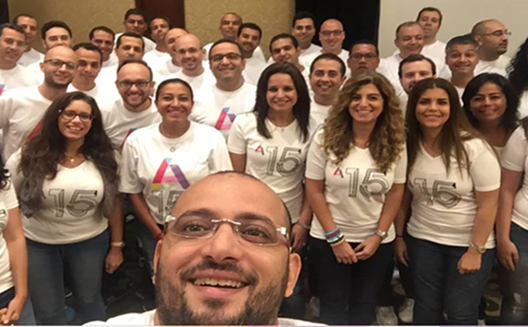 Changes at the top

A15 is owned by one of Accelero Capital’s investment funds after being spun out of OTVentures.

“The company had seized all of the assets of OTVentures held by OTMT holding, and we granted our senior administrative staff the opportunity to purchase stocks of the company for a 10 percent cut,” Antaki said.

This was shortly followed by a report from McKinsey, suggesting that companies that go digital witness a revenue boost of up to 30 percent.

Accelero Capital is a company specialized in investment and asset management within the telecommunications, digital media and technology fields, and works on building bridges for global businesses to expand in local markets and vice versa.

At the present time, the entities owned or partially-owned by A15 are: