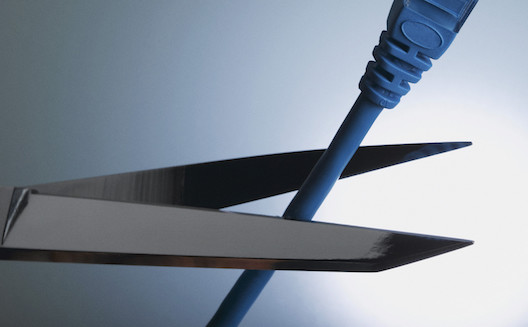 Skype, WhatsApp calls and Viber are gradually becoming unavailable in Morocco. (Image via The Huffington Post)

It was hard to miss the news. On January 7, the Moroccan telecommunications regulation agency, the ANRT, blocked the use of Skype, WhatsApp calls and Viber, the most widely used VoIP (voice over IP) services in the kingdom.

As often happens when one loses a dear one, Moroccans went through several steps.

After the shock, came denial: “We need confirmation from the telcos,” we read on social media. Then anger took over: “We can’t let this autocratic government win, let’s sign a petition,” said others.

After a quick moment of sadness – “what will we become?” – Moroccans resigned themselves – “there’s nothing we can do with such a government.”

Now is the time for the two stages of grief: acceptance and reconstruction.

What does this ban mean for the economy and how can we move forward?

Why such a ban?

In a press release published last week, the ANRT justified this ban: “Only operators of public telecommunications networks can carry telephone traffic to the final customer in conditions fixed by the licenses’ specifications they abide by.”

Simply said, the ANRT considers services providing VoIP, a methodology for the delivery of voice communications over the internet, to be providing telephone services which require them to have a telecommunication license.

The ANRT doesn’t seem to care that there’s a huge difference between Telephone over IP and Voice over IP. Probably because behind this explanation lies another one.

In the same press release the ANRT mentions, in the course of a sentence, “the shortfall in terms of revenue for the national telecommunication market resulting from the use of free Telephone over IP services.”

Still the argument doesn’t make sense. The ban of VoIP will very logically induce a drop in internet uses and therefore of those telco’s revenues.

This decision seems both stupid, irrational, and illegitimate.

Joke going viral in #Morocco: following operators decision to ban VOIP, the post office has decided to clamp down on emails!

In Morocco, VoIP services  are widely used by Moroccans who don’t have the means to call their family abroad.

This ban will also have an impact “on the money sent by Moroccans living abroad to their family which is supposed to strengthen their purchasing power […] Out of sight and out of mind. Why do you want Moroccans from abroad to send money when they will probably communicate less?” asked Moroccan Taher Alami, the founder of web agency AbWeb and a local influencer.

Next in line are the professionals.

“The ban on Skype, adding to the absence of a free PayPal makes it even more difficult for the hundreds of thousands of Moroccan freelancers [whose] clients are abroad,” continued Alami.

In #morocco We Still have ■ #VoIP voice blocked ■ No #Crowdfunding for normal citizen ■ No #paypal full functionality But others things:Ok

And this also applies to startups and SMEs working with international clients.

From a macro perspective, the drop in revenue of those players should lead to a drop in foreign currency inflows.

Since communication with foreign professionals will be more complicated, Moroccans will not be able to exchange skills and learn from their international counterparts, or to collaborate with Moroccan and foreign organizations.

More worrisome, why would foreign companies open shop in a country that’s closing in on itself? How can one develop a company in such a changing and unpredictable context? Will an international investor be ready to invest in Moroccan startups in those conditions?

And still, Hamza Aboulfeth, founder of Morocco’s only registrar and most famous web hosting service Genious, says “we shouldn’t worry about professionals. A simple VPN suffices to block the ban.”

A VPN is a ‘virtual private network’ which offers a secured and encrypted connection  between your computer and a remote server, whose location you choose. Using a VPN causes your internet provider to think you're abroad and so won’t be able to block VoIP services.

At that time, “there was no major interest in Morocco [to use VPN],” he explains, as a result the two entrepreneurs didn’t get involved in the long process required to accept Moroccan credit cards.

In the last few years, Moroccans looking for privacy, for a way to bypass the restraints on P2P downloads imposed by telcos, or to watch international videos only available abroad (Netflix, French channels and more) started using VPNs.

Next week, the service should be accessible to Moroccan credit card holders.

“[The ban on VoIP] is coinciding with the launch [of Smart VPN] in Morocco,” he adds.

“Experienced people will know how to overcome this type of ban but it won’t be quite as simple for novices,” he concluded. So what can be done to protect those internet rookies simply looking to call their families abroad?

Is there anything that can be done?

“We can sign as many petitions as we’d like, this will change absolutely nothing,” concurred Kaddouri. Yet, he’d like to believe in the power of the crowd.

His suggestion: file as many complaints as possible to contest this ban based on the fact that the ANRT is confusing Telephone over IP and Voice over IP, and that this sort of ban is detrimental to the country.

“Those contestations have to be done in the justice court, even if they don’t lead to anything. Imagine the work a hundred of complaints will create,” he wrote on his Facebook wall.

Wearing down the telcos and the ANRT is one option, but most probably we’re going to have to live with this ban.

“I don’t think this will be a big thing,” said Aboulfeth. “After a while, things will probably go back to normal.”