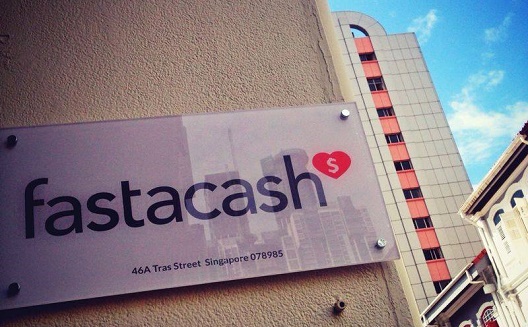 Fastacash is expanding into the Middle East, bringing with it social network payment options. (Image via Fastacash)

Sending money to your friends through Facebook, Venmo (a digital, PayPal-owned, wallet) or Snapchat is already becoming something of a habit for young people in the US, and the trend could soon reach the Middle East.

"We are already in discussions with a few marquee players in these markets, and a launch in this market is imminent," Fastacash CEO Vince Tallent told Wamda (below, image via Flikr) . 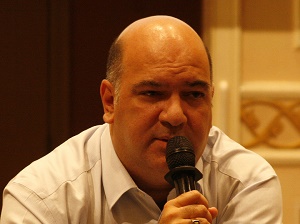 Make no mistake: the startup does not offer its own app, or payment solution.

Rather, its technology works ‘under the hood’ and is platform-agnostic, meaning it could work with any kind of partner - from Facebook, a bank or WhatsApp, to Visa which signed a deal with the startup last year.

The user interface might vary, but usually the system works like this: users connect their debit or credit card to Fastacash’s system through the partner’s app, then add someone from their social network of choice. They enter the amount they want to send, and that person receives a secure link which he can click to access the money.

In some cases, the receiver can choose whether to have the money put directly into his bank account or collect at a money transfer service.

“Not only are we agnostic in terms of the types of players that we partner with, but we're also agnostic in that we enable any payment type across multiple social and messaging platforms and apps," Tallent said.

Fastacash provides the backend technology for its partners, so in this case Ping Pay provides the interface and the startup organises the transfer. (Image via FinanzProdukt)

Fastacash provides social payments technology to partners in five international markets such as Indonesia’s Doku and Russia’s Mobi.Dengi, the company, is aggressively working to expand its reach.

The MENA launch is the natural consequence of Fastacash’s strategy, focused on building the business in large “send markets”, meaning nations from where the outwards flow of money is significant.

These are countries like Australia, US, the UK and those in the Middle East.

But the startup’s ambitions go beyond that.

Fastacash started in 2012 and has raised $23.5 million from four rounds of funding.

The use of mobile money technologies for cross border transactions is still limited.

According to data from a 2014 World Bank study, the value of international remittances through mobile phones accounted for less than 2 percent of global remittance flows.

But trends such as the global wave of migration, as refugees and economic migrants leave their countries for opportunities in the West, and the spread of mobile technologies in vast areas of Africa and South East Asia could soon boost the use of mobile digital remittances.

What's more, in developing markets such as the Philippines, Indonesia, Myanmar, or Kenya, people are leapfrogging credit cards and going directly from cash to mobile payments.

The flow of mobile money therefore might grow not only between countries, but also inside them.

The Middle East in general, and Saudi Arabia and the UAE in particular, seem to be well-positioned to take advantage of both trends.

Around 13 percent of global remittances are contributed by countries in the Middle East: Saudi Arabia holds second place among the top 10 remittance sending countries.

At the same time, smartphone penetration in the Gulf region is among the highest in the world. In theory, it would look to be the perfect fit for the launch of social payment services.

“On the opposite end of the spectrum unfortunately, [MENA is] still a region very much cash oriented, and that's why, I think, it's going to take a while until social payments, or even electronic payments, before social payments are widespread there,” said Francis Barel, PayPal head of market growth in France and recently business developer for the Middle East.

PayPal has its own solution for peer-to-peer (P2P) payments: in 2013, it bought Venmo, a company whose main product is a digital wallet that enables people to send and receive money and share their expenses on social media.

But all of these services (Venmo included) are available only in the US.

“When you look at it, the most important elements about payments in general are security and convenience, but security comes first. With security you have a lot of issues and rules around compliance and customer identifications,” Barel said.

“We are very strict about all of those rules and that's why for now we're only in the US because it's going to take a while until we can adapt to all this knowledge and rules, and experience.”

Fastacash says it takes several steps to make sure users can feel confident.

"Our core technology comes built-in with various layers of security. Our links are tokenized, and the data is encrypted. We also provide additional layers of security… like password protection on each link, expiration dates, usage limit," Tallent said.