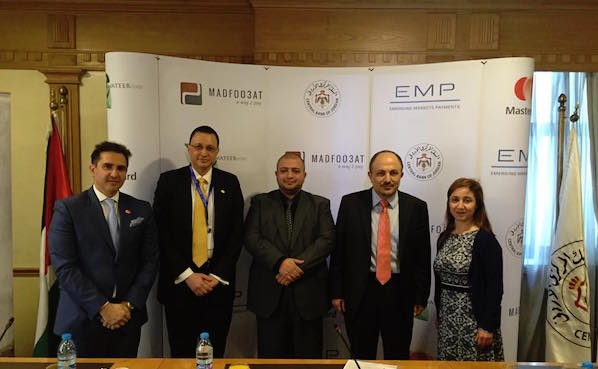 In May 2015, the Central Bank of Jordan (CBJ) launched an electronic payments system designed to allow users to receive and pay bills electronically from their computers, ATMs, kiosks and point-of-sale terminals.

The platform, named eFawateerCom, was developed by the Jordanian startup Madfoo3atCom along with Emerging Markets Payments (EMP), a regional epayment service provider.

eFawateerCom is a prominent example of financial technology - or ‘fintech’ as it’s been coined in industry slang - being developed and used in Jordan. It may also foreshadow an impending surge in fintech-related products and services in Jordan and MENA.

Fintech emerged after the 2008 global financial crisis as a way to innovate the traditional banking industry; in the process it has revolutionized commerce and upended the way people use money.

As a largely cash-based economy with a comparatively dated banking industry, Jordan, like many emerging economies, is a prime target for fintech innovation. CBJ’s adoption of eFawateerCom demonstrates that both the banking industry and the tech industry have recognized this opportunity.

And they’re not alone. Here’s a brief rundown on Jordan’s fintech scene.

On February 5, the Jordanian fintech startup GreenWallet launched an online lending platform where users can request and receive a loan within 15 minutes. GreenWallet is the brainchild of Ali Tabbalat, and is based on a proprietary scoring formula that assesses a user's creditworthiness.

Tabbalat says he was drawn to starting a fintech company because financial inclusion is a global dilemma that can be solved with practical solutions.

“More than 2.5 billion individuals around the world with no access to formal financial services is a big problem, and a big percentage is found in the Middle East and Africa,” Tabbalat (below) said. 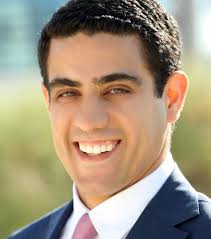 In places like North America and Europe people often take having a bank account for granted, but in many emerging economies this is not the case.

Like many countries in MENA, Jordan is still largely a cash-based society, with high numbers of unbanked individuals.

The number of Jordanians with a bank account is roughly 24 percent, according to Tabbalat. Fewer still have access to credit.

This is due to a number of factors, such as the cost of opening a bank account, the lack of branches in rural areas, and tedious bureaucratic barriers.

“Traditional banks find it expensive to bank these individuals, so solutions in that space that leverage technology to serve more potential users will have a better positioning,” Tabbalat said.

While Jordan may not have many bank accounts, it does have a growing youth population and an increasing rate of internet penetration.

With more than 70 percent of its population under the age of 30, and with 86 percent of the population using the internet, a large consumer market is emerging in Jordan that’s primed to turn away from the existing finance industry and want alternatives to a cash-based lifestyle.

On top of that, Jordan’s economy is also partially dependent on remittances with roughly $900 million being transferred back into the country in 2015. Many of Jordan’s high-skilled laborers migrate to the Gulf and abroad for higher-paying jobs, but sending funds back home comes with high wire transfer fees that routinely reaching 10 percent of the transaction.

These are all issues that fintech is envisioned to address.

And like Madfoo3atCom, EMP, and GreenWallet, entrepreneurs in Jordan are actively pursuing fintech, and offering consumers a variety of ways to challenge the financial status quo.

Electronic payments have long been a popular area of fintech.In addition to Madfoo3atCom, several other Jordanian startups are also looking to innovate payments in the region.

One is PayFellow, an epayments provider working to modernize the region’s financial infrastructure.

Both crowdfunding and peer-to-peer lending are popular options for people or companies looking to raise funds via the internet. In light of regional turmoil spooking many foreign investors and bank’s unwillingness to grant loans, companies in MENA have sprung up offering alternative fundraising options.

Created by Ahmed Moor and Samer Atiani, Liwwa is structured so that investors on the platform receive a return on a regular schedule based on a lease-to-own structure. This means that there’s no equity or interest in the equation and therefore Liwwa remains Sharia-compliant.

Fintech has also transformed the way people and companies manage their money. To address that need in Jordan, in 2015 a startup called Financial Engineers launched specializing in finance-related process automation and reengineering financial planning, analysis and reporting.

Although not exclusively fintech, data collection and big data startups can also make a major impact on the finance industry.

An example in Jordan is the startup Engage Master, which offers companies access to web analytics and data-driven marketing, both of which can help companies better prepare for consumers adopting epayments and ecommerce.

So far the local funding apparatus in Jordan has demonstrated interest in fintech, but a true breakout company has yet to emerge.

Both Madfoo3atCom and GreenWallet are part of business incubator Oasis500’s portfolio, and MEPS and Payfellow are both supported by MENA Apps.

But global and regional trends predict that the general populace is ready for alternatives to traditional finance and banking.

And fintech can help facilitate that change in Jordan and MENA.

“As Jordan is still a cash-based economy the potential for adopting new innovative, user-friendly payment solutions will have strong growth potential over the coming years,” Tabbalat says.