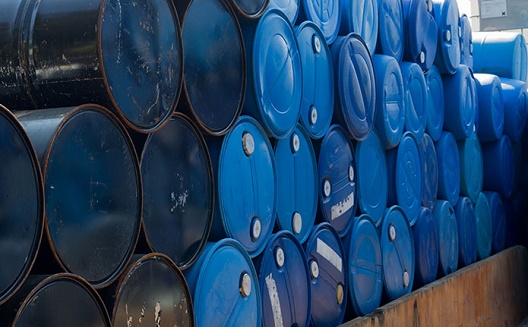 This is an edited crosspost from Knowledge@Wharton.

In late 2015, Saudi Arabia announced a record budget deficit of $98 billion, its second deficit year in a row.

In a rough start to 2016, the Saudi Arabian government raised the price of gasoline by almost 50 percent. Saudi Arabia’s deputy crown prince, Muhammad bin Salman, said in an interview that the Kingdom was mulling an IPO for the state-owned oil company, Saudi Aramco.

Those indicators, more than anything else, highlight the harsh reality facing the Middle East and North Africa (MENA) region’s largest economy. Saudi Arabia, however, is hardly alone.

From Oman to Algeria, the MENA region is being hammered by low oil prices, which fell below $28 a barrel on January 18, a drop of more than 60 percent since June 2014, according to media reports.

A recent report by the IMF states that if the price of oil continues to plummet, most oil-producing countries in the MENA region may potentially lose some $300 billion in revenues in 2016 alone. With prices at historic lows, oil industry executives do not expect oil to return to the $100 a barrel price range anytime in the near future.

Low growth to no growth

Little wonder that, according to the World Bank, economic growth in the MENA region is stagnating.

The economies of the oil-reliant six-member Gulf Cooperation Council (GCC) countries — Bahrain, Kuwait, Oman, Qatar, Saudi Arabia, and the United Arab Emirates — saw an estimated 3 percent growth in 2015, down from an average 4.5 percent over the past decade. According to experts, the oil-export-driven GCC will continue to suffer the effects of lower oil prices; the IMF forecasts a drop in growth to 2.75 percent in 2016.

In the face of growing deficits, countries like Oman, Egypt, Morocco, Tunisia and Algeria are scaling back subsidies on fuel and food and curtailing public investment projects.

The MENA oil exporters’ economic performance is deteriorating and will continue to do so mainly because of a decline in government spending, says Giyas Gökkent, senior economist for Africa and the [Washington-based] Middle East at the Institute of International Finance.

All over the GCC, says Gökkent, subsidies are being slashed and non-oil revenue measures are being considered. “More subsidy cuts and price hikes are expected to come in the next couple of years,” he notes. “A GCC-wide value-added tax (VAT) of 5 percent is likely to be introduced in 2018, which could yield the equivalent of 1 percent of GDP in fiscal revenue.”

Adding to the challenges is the increasing pressure to create more jobs. According to estimates, the youth unemployment rate in the MENA region is more than 25 percent — the rate is higher for young women — a trend that has continued to worsen since 2012. Anecdotally, research by regional job portals shows that the UAE has more jobs than the rest of the GCC put together. However, the World Bank predicts that in order to absorb the next baby boom generation, 100 million job opportunities will have to be created in the MENA region by 2020.

Even though some oil-producing states have policies and programs in place for economic diversification, analysts say the only country that has been able to find some success is the UAE. As the current crisis continues to unfold, Dubai appears to be in a relatively strong position because of its low dependence on oil. Dubai is hosting the Expo 2020, an event that analysts say could drive growth and increase tourist volumes. 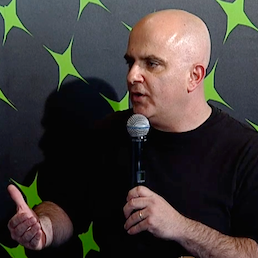 Christopher Schroeder (right), entrepreneur, venture investor and the author of Startup Rising: The Entrepreneurial Revolution Remaking the Middle East, says, “for some years now, the UAE has put significant emphasis, money and changes in rules and regulations to embrace innovation and new opportunities in the 21st century.”

Schroeder cites a recent news report that noted that within a year, Dubai would be the most e-government friendly city on earth. Oil-rich Abu Dhabi is in a different situation. According to experts, the “bid-ask spread” on the oil price necessary to balance the budget is from $66 to $98. If this situation continues, analysts say Abu Dhabi might have to go to the debt markets.

Muhammed Mekki, cofounder of AstroLabs Dubai, a Google-partnered Tech Hub, notes: “Regional instability, coupled with an increasingly difficult path to immigration in the West, will continue to benefit the GCC — particularly Dubai — as top talent from across the MENA region flows in seeking security and economic opportunity.”

Mekki believes that with the highest youth unemployment rates in the world, the “only viable way forward for the MENA region as a whole is to encourage entrepreneurship and small business to become a core engine for economic growth.”

According to Schroeder, “the drop in oil prices has been disruptive to major oil producers and yet we have just seen a very interesting new, relatively transparent and hard-nosed budget out of Saudi Arabia. Great transitions cause great uncertainty, but it’s important to consider the full picture and the potential as well as the challenges.”

Experts in the MENA region point out that the growth of entrepreneurial startups offers a silver lining. Schroeder notes that he just “attended a gathering of 5,000 young people with enormous energy around tech-enabled startups.”

Fadi Ghandour, cofounder and vice chairman of global logistics and transportation company, Aramex, agrees. “For me, 2015 was the year of the beginning of the rise of the digital economy and the emergence of ecommerce as a force to be reckoned with,” he says. “There are more digital startups than ever, more funding than ever, more VC funds than ever and many more growth-stage companies than ever.”

Ghandour is among the region’s best-known entrepreneurs and a mentor for many young Arabs.

Ghandour, who is also chairman of Wamda Capital, a venture capital fund that invests in MENA companies, adds that “while other sectors struggled and countries had to manage political turmoil, lower oil prices and budget deficits, the region’s startup scene was moving in the opposite direction. I think 2016 will be more of the same. But my view of the lower prices of oil means regional GCC economies are taking economic reform more seriously and facing the economic challenges in a sober and realistic manner.”

Mekki, too, is optimistic about 2016, despite the challenges ahead since AstroLabs is seeing “truly innovative technology startups applying to be part of the tech hub from all over the region at an accelerating pace. Although the tech sector is still relatively small, its growth has been exponential in the last few years, and I see this trend continuing into 2016,” he says.