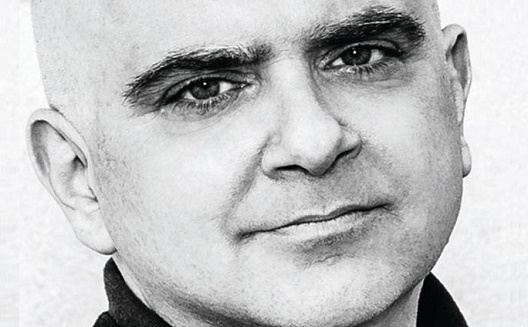 Chris Schroeder is one of the MENA entrepreneur's biggest foreign supporters. (Image via E&T Magazine)

Investor and MENA-phile Christopher Schroeder is a regular visitor to the region he wrote a best-selling book about.

The Startup Rising author features on guest lists from Doha (he’s there in April) to Egypt (he was there in December) and Dubai (that was last week), after his interest was sparked by an invitation to one the region’s first entrepreneurship events in 2010.

Since then, he’s been at the forefront of a mental shift among American investors, who have begun - slowly - to look outside California to emerging markets for interesting startups.

As more and more international investors look at, and invest in, the Middle East, Schroeder explains what they need to know and what he’s learned about entrepreneurship here.

The Middle East requires time. It’s like any growth market: you've got to spend a lot of time getting to know it. A lot of times investors want to come in and they just think that because they’re investors they can do it. This is relationship building and time building and everything else.

It’s still early days for entrepreneurs here. This is a nascent ecosystem, so investors have to keep in mind that capital is important, but so are connections for business development and mentorship and other kinds of activities.

International investors are still checking MENA out. Great investors now can choose among many emerging markets. But anyone who looked at the White Friday [a rebranded version of the Black Friday sales in the US, held in November] numbers in ecommerce in Dubai and other parts of the Middle East, anyone who’s paying attention is starting to look at this region through a very different lens.

I haven’t invested here, yet. Most of my investments are in America, but I’m going to be looking not only at the Middle East but at growth markets this year.

Entrepreneurs here are getting braver. There have been a lot of changes since I first visited the Middle East but overall but I think the most wonderful has been not only the quantity but an increase in quality of entrepreneurs. I’d go to these mentoring sessions and the young people would wait for the mentor to talk, now when you go the entrepreneurs are mentoring each other. They’re totally engaged, have total courage, sharing failures without hesitation.

MENA is popping up at Palo Alto dinner parties. There’s some people who watch CNN and think there’s only one story here, and then I talk to other people who understand that tech is accessible everywhere. They realise MENA is a remarkable market, they understand that Dubai and Cairo and Beirut are different stories than some of the horrible things that we also hear about, and they’re asking more questions than ever before.

The UAE is a place to watch. There’s some extraordinary things happening in Dubai and the UAE generally. I think the government has been more serious about trying to open up the rule of law, the movement of people and goods and ideas. But Oman and the GCC are doing interesting things on top of that. In Cairo there are a lot of questions about what is going to happen, but I can tell you there’s amazing talent and always incredible scrappiness and salesmanship.

And the ‘Silicon Valley bubble’ discussion? Absurd. There are always rises and falls in economic cycles.There are assets that can be overvalued and undervalued but there are three to five billion people who aren’t even connected to the grid yet, who are not even banking yet, so I think when you look at the size of the global context, the idea there's a tech bubble today is just palpably absurd to me.