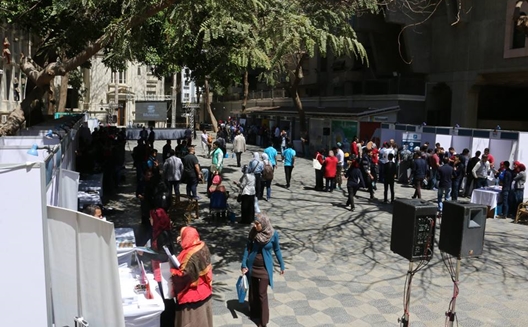 Traditionally, countries have measured economic growth through the two pillars of technology and education.

Countries such as Singapore, China, Japan and Malaysia prioritized skill-building as a key requirement for economic growth, yet in Egypt there’s been a decline in educational standards around technology.

A shortage of resources to teach science, technology, engineering and maths (STEM) skills is being exacerbated by the rising number of Egyptian students, which touched 19 million in 2015.

But Egypt’s tech sector is not letting this problem - and opportunity - go to waste.

Startups Qademoon, which aims to organizes tech, artistic and STEM workshops for children, Tqweem, an educational assessment tool for students, and Tatweer, a startup that offers employees several online courses to progress their career, have moved to fill gaps left by the state curriculum.

And events such as the two-day EduVation Summit, held in early April in Cairo, and highlighting ways in which tech and education in Egypt can be merged. 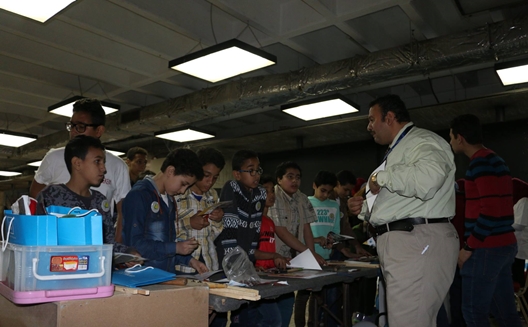 Can merging education with technology stave off boredom in school classrooms?

Online education is one arena where Egyptian entrepreneurs became active following the revolution in 2011, and just as quickly realised how tough of a sector it is to make money from.

Nafham survived by becoming a non-profit, but startups SkillsAcademy and Tahrir Academy have since shuttered.

The benefits of online learning are possible savings of up to 50 percent on training costs, as well as added flexibility and, often due to the fact that providers are private companies, also make teachers more accessible and accountable.

“Digitizing’ education is now also an opportunity as entrepreneurs need speedy ways to build educational platforms without the need of programming.

"Developers need much longer time for coding an interactive educational platform," said Moheb Gamal, deputy of the eLearning Center of Excellence at the Information Technology Institute (ITI). "Add to that the huge amount of content that needs to be digitized, and the mission becomes impossible."

"Here comes the importance of authoring tools as a system that doesn't require coding, in facilitating building online interactive content and testing different frameworks, as well as linking educational content and synthesizing them in various ways," he told Wamda.

But it’s video which could be the source of real change and create real ‘collaborative education’ strategies.

The EduVation Summit focused on this, holding a panel on collaborative education as a digital tool for simplifying teaching processes in Egypt.

"We don't have to wait for political policies to dictate the use of tech in schools," Nafham founder Mustafa Farhat said. "We can digitize the teaching process by ourselves, and the most direct way is YouTube channels, or online educational platforms."

One YouTube channel that joined these initiatives last year was Da7ee7 channel, which explains heavy scientific material in a fun way, enabling viewers of all ages to understand it. This is in aim of what’s called ‘science populism’, said Da7ee7 producer Ahmed El Ghandour.

"Transmitting science, with all of its complicated notions, to the regular Egyptian citizen on the street, is one of the most important goals we should achieve with the help of technology," said Ghandour, whose channel has more than 100,000 views and 54,000 subscribers. 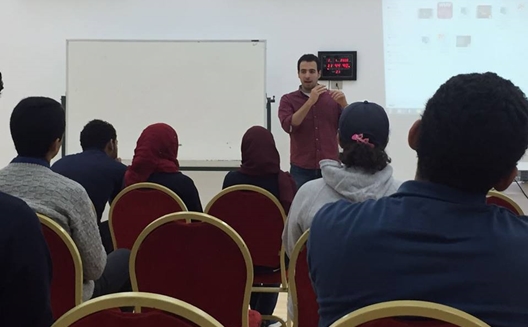 Gamification and virtual reality are tools with which Egypt’s entrepreneurs are using to simplify teaching processes.

ITI’s Gamal told Wamda that they were planning to launch the first Arabic online gaming education center in the region, within a year.

"Gamification is one of the most important gamification methods in Egypt," he said. "It helps in transforming education to a gaming world built on developing interactive skills while simplifying the material, as well as offer incentives with rewards. It helps us get out from the routine way we face in our educational curriculum."