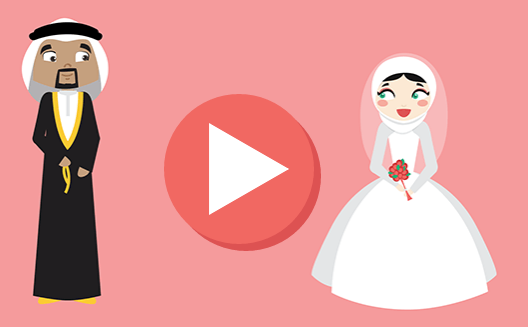 Et3arraf is a meeting of the ways: old evolving into the new. (Image via Et3arraf)

Hundreds of years ago in the Arabian Desert, the Khattaba (matchmaker) would connect men and women of marriageable age, under the supervision of their tight-knit families and communities.

The wise woman would vet the prospective couples and their families, learning about their values, their habits and their beliefs. As she consistently delivered suitable matches, she developed a solid reputation as the community’s go-to matchmaker and was entrusted with the young people’s futures.

Today, the courting customs in Saudi Arabia remain steeped in tradition and strict protocols remain, but one key thing has changed: almost everyone has gone online, from the suitors to the parents to the Khattaba.

That’s where matchmaking site Et3arraf (‘get to know’) comes in.

“I took an ancient concept and put it online,” said Cedric Maalouf, who cofounded the service with Rakan Nimer in 2012 as a pan-Arab dating site focusing on Lebanon.

As young Lebanese men leading a modern life in Beirut, they do not fit the profile of a traditional Saudi matchmaker. But they have been able to tap into a relatively unmet and growing demand: traditional yet tech-savvy and well-educated Saudis who need help finding a spouse.

Last year Et3arraf began focusing on Saudi Arabia, where about 70 percent of his 500,000-strong community were from (around 10 percent come from Egypt, followed by single digits in other Arab countries). They are marketing it as a matrimonial matchmaking platform, primarily for Muslims, to help “singles get married in the Arab world in a culturally compliant way”. 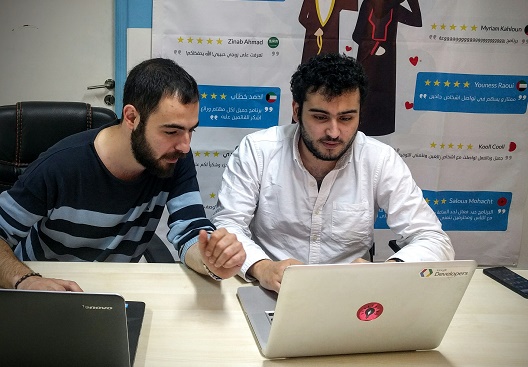 Online matchmaking is becoming an increasingly socially acceptable way for people to find 'the one'.

According to a Pew study published in February, a growing number of Americans find online dating socially acceptable, and the use of dating websites by young adults has tripled since 2013. Similar patterns are seen in other parts of the world as Tinder, until recently known as an app for casual hookups, has become a common way for ordinary people to initiate romantic relationships and friendships.

In Saudi Arabia mobile phone penetration is among the highest in the Arabic-speaking world. Connections stand at 187 percent of the population (due to multi-SIM ownership) and smartphone ownership is just over half of that, according to the 2015 GSMA Arab States report.

But any matchmaking service for Saudis has to combine online practicality with cultural sensitivity: Maalouf said while they’re eager to engage online, Saudis were generally reluctant to use uncontrolled platforms like Facebook and Twitter to find romantic matches.

Maalouf admits he didn’t know much about Saudi courting culture before starting his site, but he quickly picked up on some details that other matchmaking sites – even from the Gulf – hadn’t recognized. (Other popular sites include ArabLounge.com, SalamLove.com and Qiran).

A comprehensive and culturally relevant quiz weeded out non-serious users; blurry profile pictures of users allow them to stay relatively anonymous until they’re ready for their match to see them; and it only charges male users for the service, between $20-40 a month depending on their subscription. 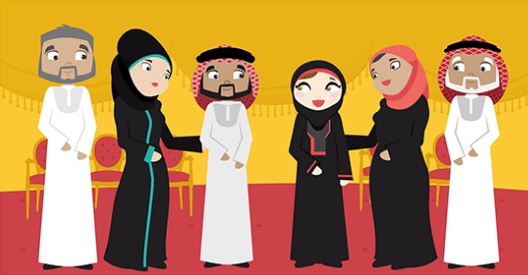 Et3arraf is planning a speed-dating session in Jeddah for suitors’ mothers.

Cofounder and CTO Rakan Nimer built the algorithms that enable the matchmaking. The one used on sign-up (before learning about a user by what they say or do) is a custom algorithm that is based on what they’ve learned over time about who prefers talking to whom, and partly on advice from a psychologist.

The technology includes text filtering and spam prevention, which allows users to find suitable matches quickly and unusual activity, such as women initiating contact with men, is immediately flagged as spam.

The momentum of the matchmaking service, mainly from word of mouth, led to Berytech Fund II investing $2 million, which they are using for product development and to attract skilled workers with good salaries.

“We think the number of signups and the algorithms have been cracked and localized for the environment in which the company is operating. That’s why we agreed to invest a hefty amount of money. They have first-mover technology,” said Berytech Fund II managing director Paul Chucrallah.

A wealth of data is key to being a good matchmaker.

For example, although many users say on their quiz that they are open to meeting potential matches from around the world, data shows that long-distance conversations quickly peter off while people in close proximity tend to have longer and frequent exchanges.

“People... say they’re willing to meet people from different countries. But there comes a point in the conversation when they realize they don’t have similar experiences,” said Nimer. He said a Saudi man and a Moroccan woman exchanged an average of 16 messages, compared with 200 between two Saudis.

In one instance, a couple agreed to start an exclusive relationship by Skype and leave Et3arraf. After four days, both of them logged in to see if the other was still using the site. Upon catching their partner, they both contacted Et3arraf to find out if each had kept their promise. Indeed they had – both having logged off for four days, only to return to the site to check up on their partner. Et3arraf sent both of them messages with their login history for that week, to the satisfaction of both. Obviously, they were meant for one another.

The algorithm appears to be working as around 3,000 people have reported getting married, or about a 1.2 percent success rate given the size of the community. For those who are able to confirm it, for example by sending in pictures of weddings or babies resulting from happy unions, Et3arraf sends them $100 to say congratulations.

The matchmaking site is now looking beyond the Arab world at other niche markets, such as Iran and Indonesia, where it would operate under different names.