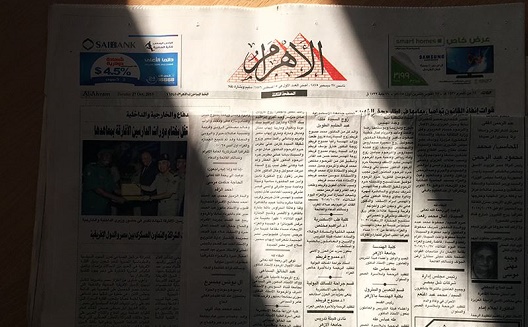 Death notices are yet another area where online businesses are chewing into newspaper profit models. (Images via El Wafeyat)

El Wafeyat is bringing Egypt’s traditional funeral culture online, both building on the country’s deep-seated culture around death and trying to change it.

As the name suggests, El Wafeyat provides services around death: obituaries, condolences, funerals and charity donations, all gathered in one website and app.

The idea was born in June 2013 from personal experience: when the uncle of a friend of Yousef ElSammaa passed away, he saw first hand the hassle and inconvenience of organizing funeral arrangements.

He said a lack of funeral service providers meant families had to arrange most of the logistics and administration by themselves.

Every year in Egypt around 500,000 people die. Attending a funeral, even of a distant acquaintance or a friend’s relative who one has never met, is a social duty.

“You can miss a wedding or an anniversary, but you can never miss a funeral,” said Nesma El-Far, El Wafeyat cofounder and chief business development officer (and married to ElSammaa), adding that it was not uncommon to attend six or seven funerals a year. 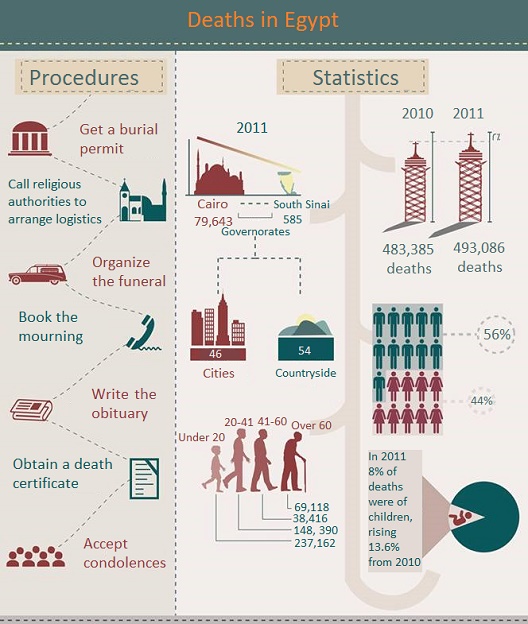 As the saying goes, there are only two things you can be sure of in this world: death and taxes.

In the selection round for Flat6Labs ElSammaa, third founder Omar Hamdalla and El-Far (pictured below), teamed up with entrepreneurs Con O’Donnell and Ashraf Maklad, who were on the judging panel and already working on the same concept.

Originally all five held the same equity (17 percent), but O’Donnell and Maklad agreed to scale their share back to 7 percent, as the time they could invest in the company was much less than the other cofounders. Hamdalla recently decided to step out of the company, according to O'Donnell, because there was no clear role for him in the company management. 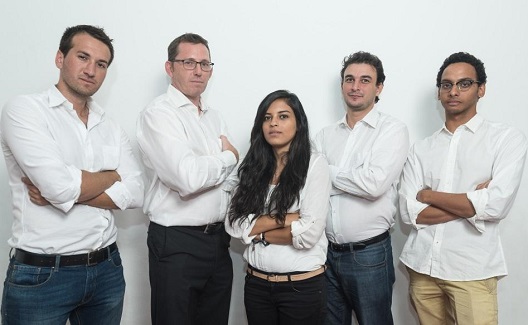 The precise business model remains somewhat vague. El-Far said money, at this stage of the business, wasn’t her highest priority, as they needed to build a platform, grow the user base, and get people used to the new model before gradually charging for the services.

However, O’Donnell said the question remained about what the core revenue stream ought to be.

“The revenue streams need to be figured out better. We need to test the assumptions the business is based on. That people want to pay to inform, and for information,” he said.

He explained the model evolved around information flows from one to many and back again from many to one. One person wanted to inform many people from his social circle about a death or details about a funeral, and his circle would want to send condolences or charity donations, all of which could just be done by SMS, for example.

For upper class Egyptians a comprehensive obituary in the country’s state newspaper Al-Ahram is a must, or one of the other main newspapers.

These could cost $1000 or more, El-Far said, so the business collected these notices and republished them on the website and in a daily email newsletter sent out to 20,000 subscribers, and also acted as an agent for Al-Ahram. Instead of going to Al-Ahram directly, people can can order an obituary online through El Wafeyat for the same price, which takes a cut.

Obituaries are published daily, in this format, on the website.

Other revenues streams include placing obituaries online only (EGP50 or US$5.63) and delivering condolences (EGP 5 or $0.56) to relatives’ of the deceased home in the form of a card.

El Wafeyat also facilitates online charitable donations to a charity online in name of the deceased (part of Islamic tradition called Sadaqa Gareya) in cooperation with the Misr El Kheir foundation, and takes a small percentage for administration costs.

El Sammaa and El-Far said potential new revenue streams and services could be SMS notifications to inform people of a death in their social circle, asking for a fee for starting a donation initiative, and possibilities for more advanced condolences such as sending flowers.

El Wafeyat is looking for new investors in the next six months in order to replicate the platform in countries with similar cultures, such as Lebanon or Jordan.

The nature of the business, dealing with funerals and death, does not demotivate El-Far. “We are dealing with people who are grieving, probably the hardest time of their lives, able to help them is very rewarding.”

“Sometimes we wish we’d be working on a much fun project that is easy to market,” Al Samaa said. “But in the end, knowing that if we succeed in really building that business and changing that behavior, that is something that is really going to last forever and change lives forever, this is really something that keeps you going.”