The Jeeran team at their Egypt launch in 2015. (Image via Wamda)

As internet penetration in MENA skyrockets, demand for local digital content creation is increasing. But creating this content is the easy part - turning that content into revenue, however, is another story.

Enter Jeeran, the Jordan-based online review platform that serves as MENA’s version of Yelp. Founded in 2000, Jeeran has long been a player in the region’s digital content sector and pivoted twice, most recently in 2010.

During this twisting saga, Jeeran’s team learned a few things about monetizing digital content, 'packaging' being the key takeaway.

In 2015, a Wamda Research Lab (WRL) report on digital content in MENA noted that packaging was a monetization challenge for many content-based online businesses.

“You have a lot of talented people out there but they often struggle when it comes to packaging or positioning their content in a way that allows them to monetize it effectively,” Digital Republic cofounder and CEO Karim Khalifa told WRL. 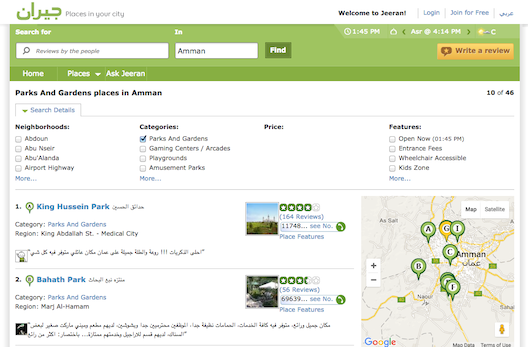 Packaging and positioning is precisely what the Jeeran team focused its energy on, culminating in its most recent revenue strategy: a premium subscription package targeting SMEs, adopted in 2014, based around packaging offline services with digital content. To date it's enrolled 122 SMEs in Amman into the service

The Jeeran that CEO Omar Koudsi helped found is very different from the platform today.

“We were a typical online portal,” Koudsi told Wamda. “Our angle was user-generated content through blogging.”

Or, as he states more precisely: “Clickbait.” 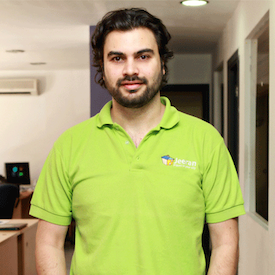 But over time Jeeran began to question its effectiveness and whether ad-supported clickbait was a sustainable business model.

Rather than find out the hard way, Jeeran evolved. In 2010, they pivoted towards user-generated reviews and spent three years refining the new platform and creating hyper-localized, city-centric digital content.

In 2013, they started looking to monetize beyond basic advertising, a process that accelerated as revenue from brand advertising agencies began to dwindle.

“When brand advertising money dried up, we had to pivot,” said Koudsi. That consisted of unveiling a premium subscriber package based around offline sales and lead generation.

Monetization is all in the packaging

According to Koudsi it’s sometimes just the packaging that stands between what customers want and what you’re already offering.

Jeeran began by giving its vendors who advertised on the platform a 'Jeeran Phone' mobile: premium subscribers received perks such as preferential home page listings and native advertising, all featuring the vendor’s Jeeran Phone number.

“It’s native advertising hooked up to a phone,” said chief product officer Romouz Sadeq. “And the client knows this customer came from Jeeran.”

Further, instead of providing vendors with online analytics to track marketing returns, Jeeran gave them an offline-tracking device that they could hold in their hands.

“Not everybody understands email reports and charts,” said Koudsi. “But everyone understands a phone ringing and getting an order.”

By adding two offline devices for vendors, Jeeran converted the site's traffic into money without having to overhaul the platform. They estimate the phone brings in roughly 100 calls a month for some subscribers. 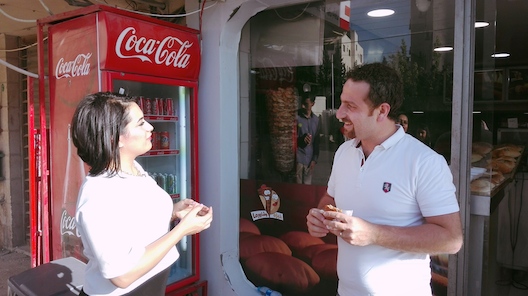 In order for this strategy to work Jeeran’s team had to be able to sell the package to SMEs, which meant hitting the streets and interacting with restaurant owners, mechanics, florists, and doctors, all in-person.

“You have to turn into a sales machine,” said Koudsi. “People are not going to come knock on your door; that only happens to a few companies in the world.”

Jeeran’s transition hasn’t been without obstacles, one of the biggest being finding the right payment method.

“Initially we thought we were going to be able to sell to people over the phone and sign them up over credit card,” said Koudsi.

Observing the slow rise in e-payments penetration, Koudsi assumed local SMEs were following suit. They weren’t. “With SMEs we don’t even have the culture,” he said. “Now it’s completely offline.”

Most of the revenue Jeeran now earns from its subscribers comes from cash transactions. “We come back to the office with notes and money in envelopes,” said Sadeq.

Another challenge was avoiding over-indulging in their online product.

“Everybody gets caught up with wanting to add more of what they like and what they think they can add,” says Koudsi.

This can lead to a common startup pitfall: feature overkill. Too often, developers think the key to effectively monetizing their product is simply adding another feature. And when that doesn’t work, another.

As techies, the Jeeran team encountered the same temptation, but forced themselves to look for alternatives.

Many ways to monetize

Although Jeeran has moved away from traffic-centric ad-supported digital content, startups across MENA still find success using this strategy. As an industry, digital advertising still has room to grow in MENA, making it an attractive opportunity for content creators.

Take for example Saudi Arabia-based Uturn, which has thrived by creating Arabic web series and uploading them onto Youtube, where they’ve gone viral. Uturn has monetized simply through advertising - product placement and branded content.

Another Arabic video content portal prioritizing branded content and traffic is 2pure, which has launched several media platforms targeting different audiences. Morocco’s Welovebuzz, a media platform modeled on Buzzfeed, is another example of a startup attempting to monetize through branded, viral content.

Like Jeeran, other entrepreneurs are experimenting with strategies that aren’t tied exclusively to viral traffic. One such approach is based around gamification, which adds competition or game-like aspects to content to encourage participation. Gamified platforms can be monetized in a variety of ways - including leveraging user traffic and advertising - but also by employing in-app purchases to unlock additional game features.

An example is Jordanian e-book platform Yaqut, which last year unveiled plans to gamify e-books by offering readers rewards based on how much they read through platform and inciting competition through a public leaderboard. Yaqut’s e-books are infused with native advertising, which means the more titles are read the more ad revenue the startup earns.

Another startup monetizing via gamification content is Dubai’s The Gamifiers, which creates gamified digital marketing content for other companies.

Elsewhere, many startups, like Jeeran, opt to offer variations of premium models, such as freemium plans, where certain features are free but the best ones are reserved only for paying customers.

For Koudsi it’s fact that the business-to-business industry has changed enough in recent years that offline methods can be used to leverage digital content and turn it into revenue.

And the more offline a business is the less likely they are to face direct competition from a global company.

Across MENA, Koudsi sees markets at different levels of readiness for digital content monetization. Jordan is ready, he thinks. Saudi is close to being ready. Egypt is still incubating.

Regardless of stage, in each market there are opportunities for others to follow Jeeran’s example by creating hyper-localized, user-generated digital content instead of clickbait.

“Everyone should find their own niche rather than competing over eyeballs,” said Sadeq.