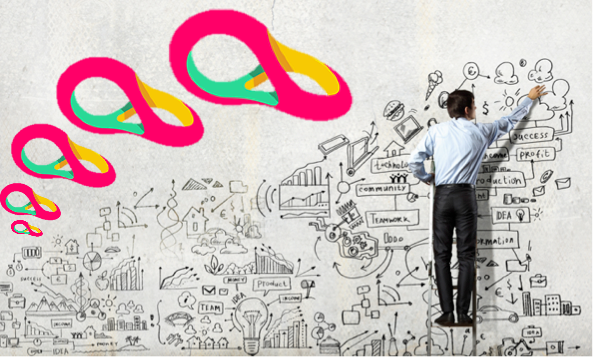 Scaling is a tough challenge for startups to overcome but some, like TA Telecom offer strategies that other companies can follow. (Image via Tatelecom.com and Blog.gleam.io)

MENA’s startups can help create more jobs in the region, provided they can move beyond launch and achieve growth at scale.

Finding new ways to employ people has never been more pressing in MENA than it is today. In order for the region’s economies to accommodate the next generation of job seekers, 100 million new employment opportunities need to be created by 2020, according to the World Bank.

In a Wamda Research Lab (WRL) study of over 170 entrepreneurship experts in MENA, the majority said that the most challenging phase for entrepreneurs is scaling – more than starting up, piloting, or even sustaining their company.

A new report released this week by the WRL in collaboration with Endeavor Egypt and TA Telecom, ‘Customer Analytics, Agility, and Corporate Partnerships How TA Telecom Expanded Beyond Egypt’ sheds some light on two fundamental questions facing MENA’s entrepreneurs when it comes to scaling:

(1) How can enterprises in the region expand beyond the original countries in which they were founded?

(2) How can they grow or scale to increase their revenue, their impact, and the number of people they employ?

Entrepreneurs that can come up with answers to these questions can further achieve their goals for growth. At the same time, those startups that do manage to grow at scale will contribute meaningfully to the region’s capacity to employ the greatest number of workers possible.

The rise of TA Telecom

TA Telecom launched in 2000 as a mobile advertising provider, and before morphing into the prolific mobile technology and software company it is today, it had a small client base.

Staff size has increased much less than revenue over time, signaling that TA Telecom is producing value more efficiently: the company had 15 employees in 2006 and 65 in 2015. Revenue grew 560 percent in five years (2009-2014), ranking on Deloitte’s Fast 500 EMEA and Fast 50 Africa – a prestigious list of fastest growing technology companies.

Growth into the future

To date, TA Telecom has successfully demonstrated its ability to remain agile, pivot, partner, and grow at scale. The company will have to balance the wins of the past with the need to adapt in the face of a rapidly changing and fickle new generation of digitally savvy customers. The company is already using its data and analytics capability to explore “sticky” VAS services that users will love and that operators cannot easily replace.

TA Telecom’s success offers insights into possible strategies that other startups in MENA can use to grow their operations at scale, and ultimately contribute to employment and economic growth in the region.