For the sixth year in a row, game developers across the MENA region got a chance to flex their creative muscles and engage in a bit of friendly competition through the Game Zanga game jam, organized by the GameTako Developers community.

Arab game developers had from the first few hours of September 2, till the final minutes of September 4, to produce a video game prototype centered around the theme of illusion.There were 82 entries uploaded to Itch.io (an online platform for hosting indie video games), and rated by members of the Arab gaming community on criteria which included theme, fun factor, innovation, graphics, and sound.

While the judges deliberate on the submissions, the community results are in! Here are my thoughts on the 10 highest-ranked games from Game Zanga 6:

10. Prisoner of Illusions by Space Crescent 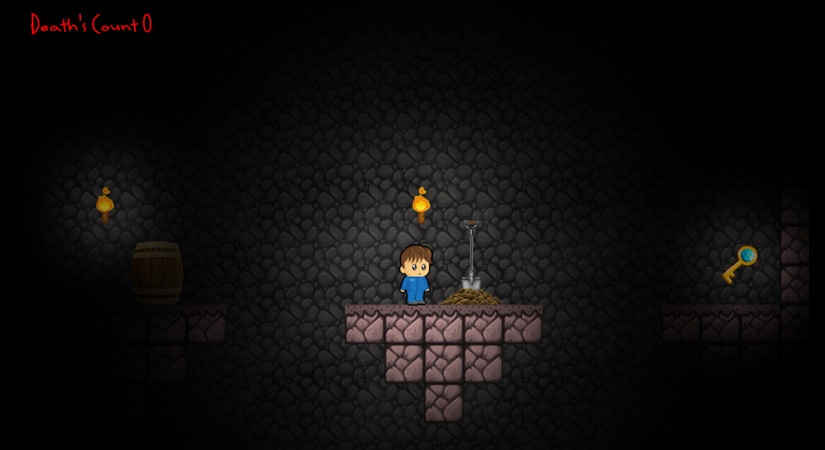 In this game, the player takes control of an adorable inmate who is lost in an underground cavern, while searching for treasure. To find your way out, you must collect keys which open magic portals. But all is not as it seems, levels are full of disappearing keys and phantom spikes that don’t actually cause you any harm. A challenging little platformer, but the fact that the only way to avoid obstacles is by falling into them and learning by trial and error is a bit unfair.

9. Hero of Valley by Redshark Studio 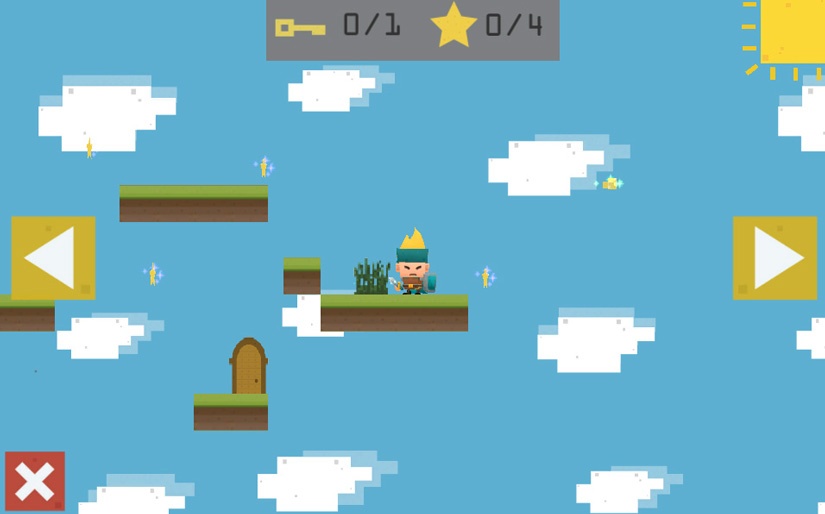 If you’ve played ‘Fez’, this game will not seem too unfamiliar. Much like ‘Fez’ (which they cite as an inspiration), this puzzle game is based on perspective and perception. The player must collect a series of stars and a key to unlock a door, scattered across a cluster of floating blocks of land. However, to do so, one must rotate the level, using the left and right arrow buttons, in order to reach previously inaccessible sections of the level. I can’t give it many points for originality, but it’s still a nice homage to a modern indie classic. 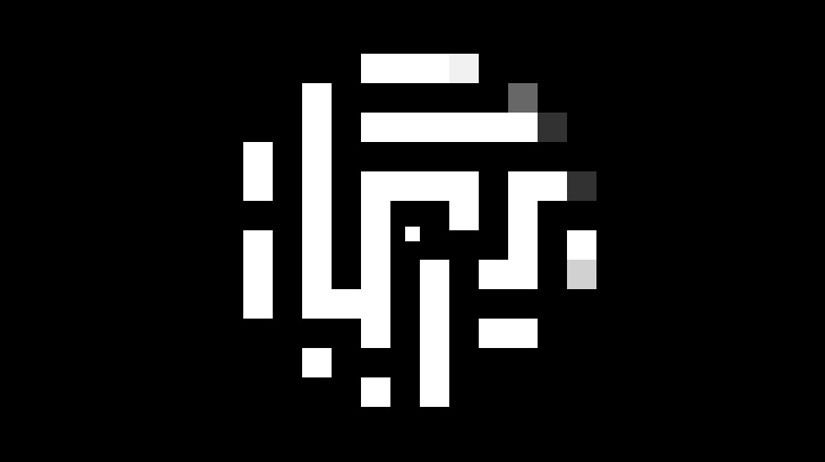 The objective of this game is simple: make your way through the maze to reach the pink square. However, the beauty of the game lies in its atmosphere. Visuals consist purely of minimalistic black and white squares. Your field of vision is limited, making your surroundings feel uncertain and claustrophobic. Cryptic quotes appear as you manoeuvre through the endless passageways of the level. An ethereal otherworldly sound plays on a constant loop. A great example of doing a lot with very little. 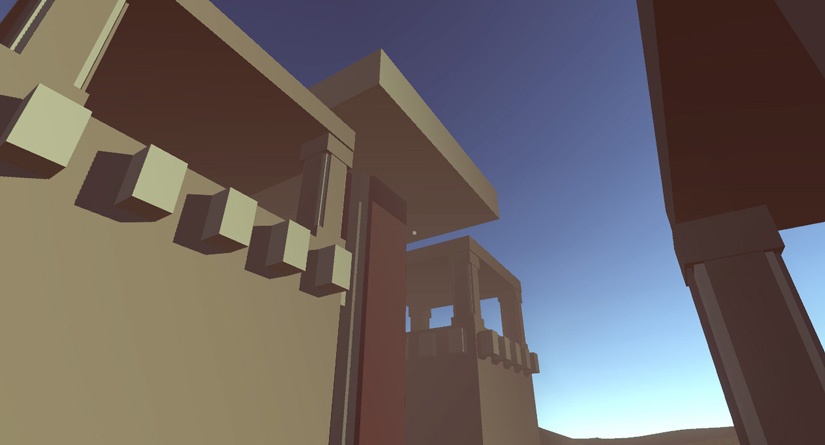 This first-person puzzle game delivers an interesting concept, but its core mechanic is a bit clunky. You enter a mysterious door in the middle of a barren desert landscape. You find yourself in a new area. There, a sign suggests that you point your mouse at a red pillar and hold down the left mouse button while moving. Doing so results in the red pillar getting smaller the closer you move towards it, and larger the further you move away from it. Seems simple enough, but after a few frustrated attempts of trying to make a pillar grow while standing atop it, to reach the higher sections of the level, my patience grew thin, and I had to call it quits. 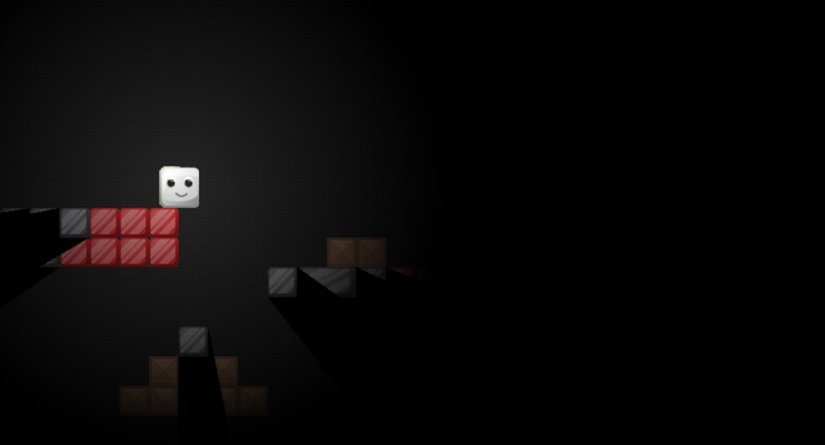 Much like previous entry ‘Prisoner of Illusions’, ‘Lighty’ is also an “all is not as it seems” platformer, however it is a bit more fun and challenging. In the game, you control a little glowing white cube making its way through a dark cavern, in search of an exit. Being the only light source, you aren’t able to see what awaits you throughout the level until you reach it. In addition to disappearing red blocks and misleading arrows, you’ll also have to watch out for ghosts which persistently chase you, until you lure them into a hovering ball of fire. Though I did experience the good kind of frustration while playing, I wasn’t a fan of the trial and error approach. 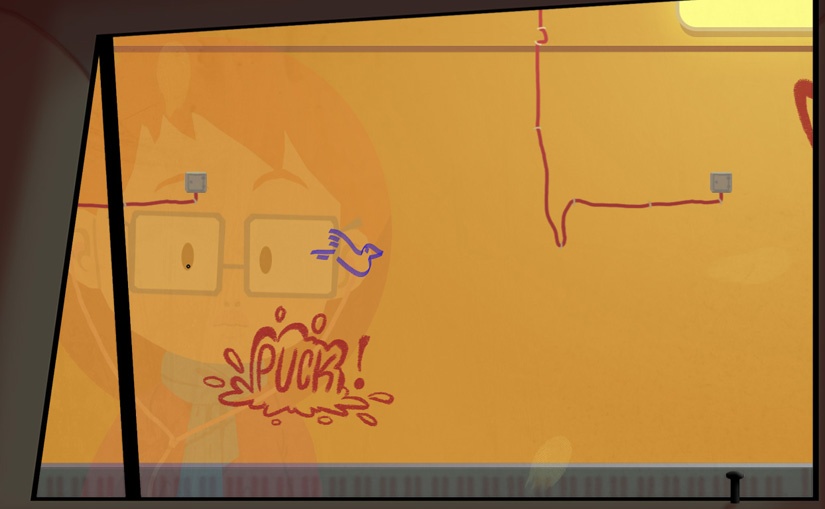 Remember when you were a kid riding in the back of a car, looking out the window, pretending there was some kind of imaginary ninja or skateboarder or whatever maneuvering past the whizzing scenery, expertly dodging obstacles? This game is that! Bored on a car ride, a little girl draws a bird onto the window, and proceeds to use her imagination to pretend it’s flying alongside the car. Your mission: make sure the bird avoids those pesky wires and graffiti on the walls by guiding it with your mouse. A delightfully simple concept with great art too. 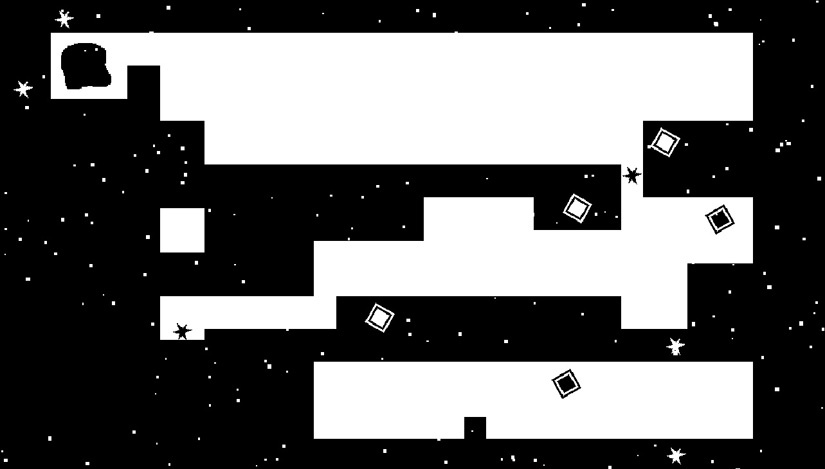 In an angular black and white world, you control a square, and your objective is to reach a portal at the other end of the level. To do so, you must make your way through color-shifting portals and avoid lethal spiky objects. The only catch is, you are unable to jump. Instead, you navigate the levels by reversing gravity, causing yourself to float upwards, then fall back down. Once again: a  well-built game, but due to its similarity to ‘VVVVVV’, a game which also centers on a gravity-reversal mechanic, I can’t give it too much credit for the concept. 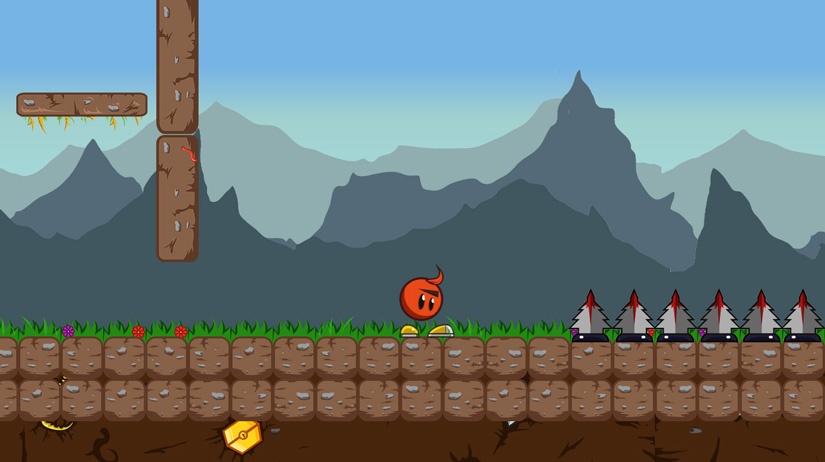 In this game, the player must guide the lovechild of Q*bert and Rayman to a star at the end of the level. Like some previous entries in this list, there are some misleading hazards that you are expected to avoid. As I’ve noted, those previous entries rely chiefly on trial and error. Here however, the player is actually challenged and given a fair chance to succeed. As the level pans from right to left, the player can see where spikes and gaps are located, before they eventually fade away. After this, it’s only a matter of remembering exactly where they were and avoiding the now invisible obstacles. This is why of all the “all is not as it seems” platformers in this list, this one stands above the rest. 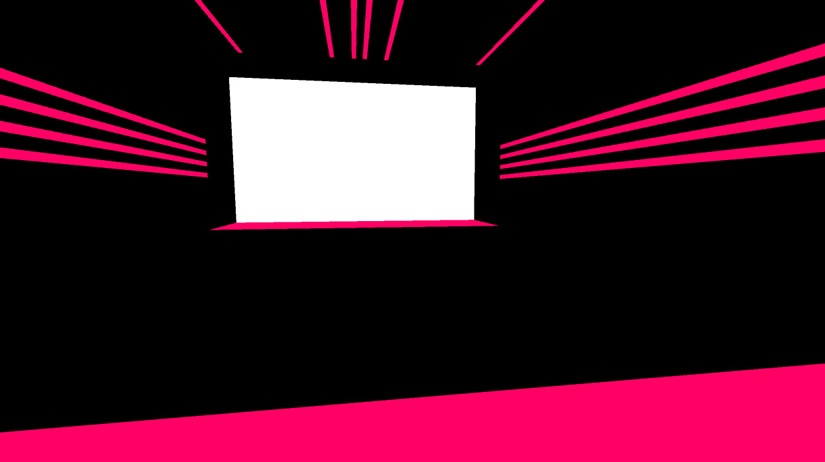 The choice of visual style and use of 3D space really make this puzzle game what it is. You find yourself in one of seven rooms, which are characterised by very distinct light and dark areas, where one side of a surface might be completely black, and the other completely pink. This means that when viewed from a certain angle, some elements of the room may be rendered completely invisible. Your goal is to reach a designated white area, and to do so, you’ll have to discover these seemingly invisible elements by navigating through the space, which can quickly become disorienting. 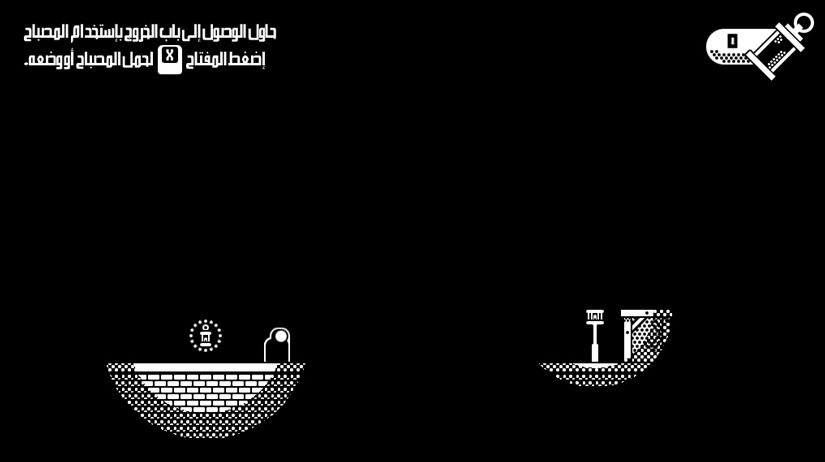 This is a game that has a very interesting mechanic that I can honestly say I’ve not encountered before. You control a mysterious hooded figure, walking through a dark world, only lit by a few scattered street lamps. Your objective is to reach a hidden door, but to do so, you’ll have to avoid some gaps in the ground. In addition, any unlit area in the level behaves as a passage you can pass right through, as if the lack of light eliminates whatever solid object was actually there. This is where the handheld lamps come in and things get tricky.

At one point, you must pick up a lamp and and walk along the level to reach the gap and “make it smaller”, as in, they light up the dark areas surrounding it. As you progress further, you gain the ability to drop the lamp. I was directly above the door I had to reach, but there was no way to ascend lower in the level without falling to my death. The solution: pick up the lamp, walk away, drop it, walk back, jump through the now unlit area I had created, and reach the door. From toggling the light on and off to collecting multiple lamps, it only gets more clever and challenging from here.

You don’t need a lamp to see that this game is a clear winner.

Edit: It was brought to my attention by Twitter user @as3adya that like other entries in the list, "مصباح الحقيقة"'s concept is also a borrowed one. The game it borrows it from being 'Closure'. Though I still admire its visual style and the care taken in designing it, I have to deduct some points for lack of originality.