The world of entrepreneurship news is a complex one, with people ever ready to give their two cents on how you should be running your business, pitching your business and what’s trending.

This is what we’ve read about Uber’s new CEO, wealth tips from a billionaire, a computer with a smelling sensation and lessons learnt from writing software.

Uber’s savior? It was a dark time for the car-hailing app after ousting its cofounder and CEO Travis Kalanick amid public scandals, but we might see rainbows shortly. Word on the street, a new CEO for Uber might be appointed shortly and it’s none other than online travel agency Expedia’s CEO, Dara Khosrowshahi, who helped the agency grow massively since he joined 12 years ago. Khosrowshahi, who was born in Iran and left to the US at an early age, makes around $4 million in salary and bonus per year and was named the highest paid executive on S&P Global Rating. Now the question remains: will he take it or leave it?

Saudi-backed fund: investing a little too much. The Vision Fund is a $93 billion private tech fund, backed by Saudi Arabia’s sovereign wealth fund, the Abu Dhabi government and SoftBank Group. But this isn’t the news. The fund has been actively writing hefty checks to startups globally. WeWork, a coworking space provider, received $4.4 billion. The fund also shed $114 million in Brain Corp, a startup that helps robots navigate around objects.

Computer, can you smell this? Things got a bit more serious at TEDGlobal conference in Tanzania when Nigerian Oshi Agabi unveiled a computer prototype that uses mice neurons to recognize the smell of explosives. Koniku Kore, the computer, which could be used in airports for security, is a mix of neurons and silicon and has sensors that can detect and recognize the smell. Just when we thought computers can’t outsmart us.

The seven wonders of coding. Software engineer Jon Evans thinks coding can teach you important life lessons along the way. In an article he wrote on TechCrunch, he said that writing software led him to realize that simplicity is much more important than elegance and that momentum matters the most. Touché.

Wamda of the week: How these twins made conservative fashion trendier. Entrepreneurship is often the result of a personal need, be it a solution for a problem entrepreneurs are facing or their community is. When twin sisters Rawan and Suzan Alsadi started wearing a hijab, they felt there was a need for making it trendier, without having to compromise religious values. This is their story.

The secret wealth ingredient of tech giants. Ever wondered how successful people like Elon Musk, Jeff Bezos and Bill Gates can handle all the stress that comes from being in leadership and still manage to carry on with their days? Stoicism. This article takes us through the stoic philosophy, which teaches individuals how to be in control of their emotions and limit their actions to what’s most important to them. It gives the example of billionaire Warren Buffett who doesn’t lead a luxurious life, but prefers to focus on building wealth and maintaining financial freedom. 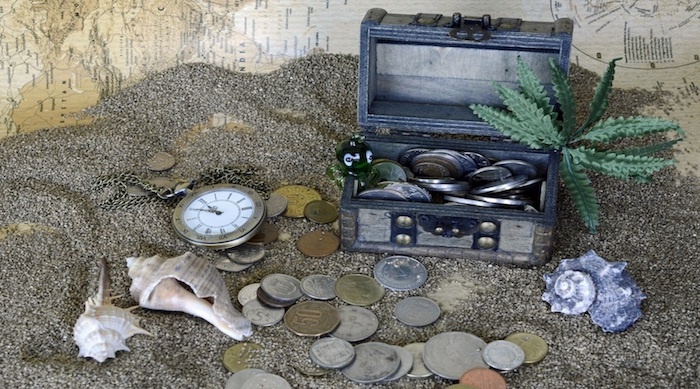 Abu Dhabi steps in. Business accelerator twofour54 has recently invested in Narrativa, a company that uses AI to translate data into understandable content. The deal is considered the first regional investment for Narrativa. This made sense as most of the company’s clients are in the UAE and Saudi Arabia and it’s the only company that generates content in Arabic.