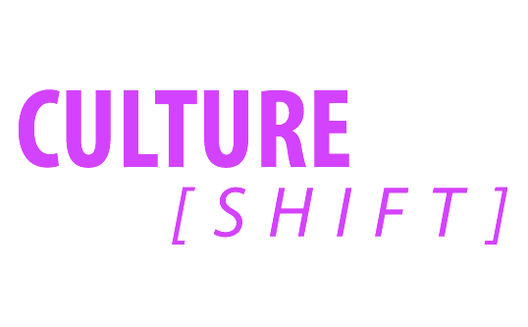 Fill a room with equal numbers of people from the arts, software developers, NGO volunteers, and business professionals.  Now sprinkle some Startup Weekend-style rapid company creation, add a dash of culture, and what we get is Culture Shift, the British Council event that was held between 3rd to 5th May in Cairo.  The British Council had already held similar events in 3 other African countries, and this event was the final in the series.

Events in Egypt of this type have been increasing steadily for over a year, but what made this different was that it focused on culture, or to be more precise, startups that aim to dramatically change the culture and solve current cultural challenges.

The overall format of the weekend was very similar to Startup Weekend, i.e. people propose ideas for startups, form teams, spend the weekend developing the business, then present their prototypes and business plans at the end of weekend for a panel of judges to decide the winners.  The cultural context, however, manifested itself in various ways.

Firstly, this event was not developer-led. Developers usually start with a definite solution in mind, whereas the teams here started by focusing on the problem they wanted to solve.  Teams went through many iterations of possible solutions, even on the final day, before agreeing on a business model.  This meant that by the end of the weekend there were no functioning prototypes.  The services or products that resulted were also lacking in definition, but what was interesting was that the overall impact on the target community was very clearly defined.

Although one team handbuilt the frame of a book scanner, unsurprisingly all the teams came up with business models that relied heavily on mobile or web apps. Graffiti was the focus of one team; artists were the target for 2 teams; and book readers the focus of a third. Half of the the teams decided that they preferred a not-for-profit model.

The organisers decided to only allow 6 ideas to be developed, which meant the teams were larger than normal.  The smallest team had 6 members, the largest had 14!  This meant there was an inevitable clash of egos, organisational challenges, and the teams were forced to fuse two or three ideas into one.  Some teams managed this, some didn’t. However, it appeared to me that this was all part of the plan, a sort of controlled chaos. It certainly put most participants out of their comfort zone, and to be fair most of them thrived in the atmosphere.

A few people privately wondered whether using Fairmont Towers as the venue was the best choice, as the money saved using another venue could have easily doubled the prize money.  Saying that, the food was very good, and the attendees were able to focus on the job in hand in a relaxed yet industrious manner.

When it was time for the final presentations, a couple of the teams got creative.  One team performed a costume comedy skit to illustrate the problem they were solving, and one performed a song and dressed in matching spray-painted t-shirts.  The presentations were memorable for another reason. One participant, Sarmady founder Con O’Donnell, noted during his presentation that, because he was a capitalist, he didn’t believe in solutions that “rely on handouts to survive.” It was a bit of bravado, and it backfired, as the team ended up winning nothing. This proves that even experienced entrepreneurs can get caught up in the moment and misjudge their audience.  Still, I’m pretty sure that their chances of success are unaffected, and he’ll forge ahead with the project regardless.

The artistic flair and energy didn’t end with the presentations. While the judges deliberated, the organisers treated everyone else to a noisy communal drumming session. Everyone joined in the fun, and some of us had very sore hands by the end!

When the time came, sore hands didn’t stop everyone from genuinely applauding the overall winner, Meshabbek.  There was general consensus amongst judges and attendees alike that their plan to connect artists with each other and with producers was well-needed and well thought out.  And as they had the biggest team, there was also appreciation of how they all worked together effectively.

To learn more about the teams that pitched at the Culture Shift event, read our complete list.