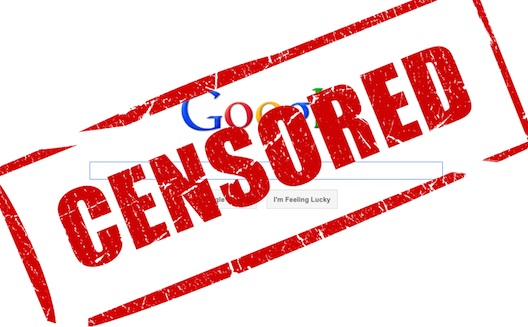 As Ramadan comes to an end, controversy is building in Jordan over potential internet censorship.

After Jordan's Ministry of Information and Communication Technology called upon the country's internet service providers (ISPs) to block pornographic sites, activists and leaders have continued to speak out against the move. After prominent blogger Roba Assi initially called the censorship initiative a "war" on "technologists", Jillian York of the Electronic Frontier Foundation illustrated why legislation could be "easily misused and abused," and, early this morning, ex-ICT Minister Marwan Juma weighed in with a diatribe calling it a "a black eye for Jordan."

Juma's scathing status update, published in full below, had reached over 300 shares at time of print, with readers continuing to forward his comments on why internet censorship would be damaging to the Hashemite Kingdom.

In a chat with Wamda, Juma further explained the potential impact on entrepreneurs. "This goes against our positioning as a country. When you block freedom, you block thinking. If we're serious about making Jordan an ICT hub, we have to put our money where our mouth is. The government should be looking at ways to support entrepreneurship. [With this move], we are creating the anti-ecosystem."

The Ministry's move to contact ISPs came in response to building pressure from a Facebook group calling for pornography censorship, which gained over 34,000 Likes since its launch in February and organized a pro-censorship sit-in earlier this July, Jordan Times reports.

The Ministry of ICT also moved to offer free software on their website for blocking inappropriate content, but a longterm solution would involve more education, says Juma. "We should be focusing on the fact that a lot of parents in Jordan don't know how to use computers. They're afraid of what their kids might be doing, so for them, [it makes sense to] let someone else to [monitor their children] on their behalf. It's the worst approach possible. If anything, we should invest in training people."

A rival Facebook page against censorship has been gaining in popularity, reaching 12,000 Likes since its launch on April 17th, supported by many of Jordan's business leaders and entrepreneurs. One such entrepreneur is Ata Alqadi, who will host Startup Weekend Amman on August 30th, to bring aspiring tech startup founders together to develop web and mobile prototypes in 54 hours.

"This gives the government more power to control the internet," says Alqadi. "Maybe in the future, people won't be allowed to build news websites, because it will be deemed 'not good' for the people. Imagine if Facebook were deemed 'not good'; imagine how many companies live on Facebook."

Critically, he points out, there will be less incentive to build anything, as it could be shut down by the government- "international investors won't be as interested in Jordanian companies."

It's unlikely that any censorship would be put into law soon, given the latest prime minister's recent resignation and the general upheaval in Jordan's internal political climate. But this decision marks a critical juncture for Jordan as it continues to forge its post-Arab Spring identity amid surrounding turmoil. Will the Kingdom now lean towards the old-world tactics of some of its monarchical compatriots, or continue to promote the openness that helped establish it as a hub for entrepreneurship?

I have an obligation to speak up! Not because I ran the first company that brought email to jordan, or was one the founders of Jordan's REACH initiative, and not because I recently served as Minister of ICT, but because what is taking place in our sector, namely the attempt to censor the Internet, is simply wrong if not bone-headed! And I will explain here why:

Countries who tried to block sites failed and failed miserably! It costs millions and simply doesn't work! There are VPNs, proxies and other means to beat imposed blocks so why even try it to start with? The Internet is like a tidal wave and if you attempt to get in the way you will be swept aside if not buried alive! In addition, very often harmless sites get blocked because they may contain words that are deemed offensive, (such as women's health sites when they refer to "breast" cancer for example). Basically we will end up with a complete mess on our hands!

2. There are laws in place already!

There is a cybercrime law in Jordan that specifically addresses the issue of promoting pornography to minors with stiff penalties and jail terms! And this is the real threat here and it already has been addressed. So why complicate matters now?

4. The government is NOT our baby sitter!

Parents should be concerned with their kids welfare and what they do on the web and not the government! This is George Orwell's Big Brother in its ugliest form! And while we are at it, why stop at porn? Why not let the government block Sony Playstation and Nintendo because our kids are playing games for hours or even Facebook because it distracts them from their studies! Is this what we really want? The government to act as our baby sitter? The only control that works is parental control, and mothers and fathers need to be aware what their kids are doing at all times, whether online or offline. If anything, we should invest in educating parents since the fear of the unknown is what we need to collectively fight. Instead of wasting millions on futile attempts to censor and block sites why not invest the same amount to train and educate parents so they can make more educated and intelligent decisions?

5. Control should be at the user level!

6. It infringes on freedoms!

7. It damages our IT industry!

Jordan's IT industry, which has become a real success story with Amman often labeled as the Silicon Valley of the Middle East, was built on the premise that the Internet is open and without restrictions. Government intervention will send the worst possible message to investors and major companies who chose Jordan as their hub and will scare away potential new players. And in these tough economic times we really can't afford to inflict damage on one of Jordan's few bright spots and major source of high end employment!

8. It is a black eye for Jordan at the worst time possible!

In the midst of a region of control freaks and enemies of the web, Jordan has been the shining example of openness and freedom, resulting in many investments that enabled us to build our flourishing industry. And now almost 20 years later, and after serving as a model for the rest of the Middle East, we want to go back in time to the dark ages and put our heads in the sand, and at the worst possible time ever! This is what is often referred to as a self inflicted wound!

For these reasons, I am 100% against this latest stunt, and for these reasons I chose to speak up! We have many other issues of major concern that require our attention and focus. Let us keep the Internet open and free and maintain Jordan's position as a vanguard in the IT industry and protect our image as a country of openness and tolerance.