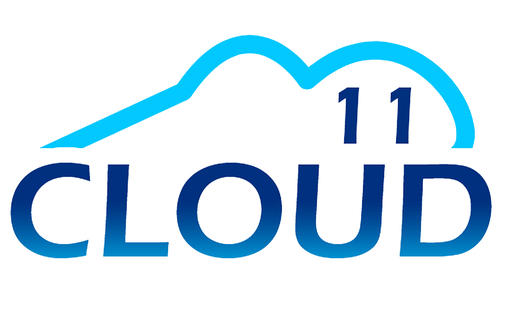 Cloud 11 is a Cairo based cloud-computing services start-up that provides various Software as a Service (SaaS) solutions to their clients. Founded by Abd El-Rahman Waheed, the same month as the Egyptian revolution, they’ve since made impressive strides in what can best be described as an emerging sector (i.e. cloud computing) within an emerging market (i.e. Egypt).

It’s safe to say that SaaS is best known to the average consumer through services like Hotmail or Facebook.  Corporations in the West have tended, until recently, to shy away from using SaaS for core business functions, mainly because they see it as a higher risk option. In Egypt, and the Middle East in general, many corporations are not even aware that SaaS is an option.

“Awareness was definitely the major challenge at the beginning,“ confirmed Marketing Head Mohamed Abd El-Salam, “but the revolution boosted our spirits, and showed everyone that the old ways were changing. So we attended lots of events to get our name out there and educate people about what cloud computing can offer their business.”

Cloud 11 use a mix of Amazon Web Services, Google App Engine, Salesforce, and Microsoft Azure to offer “full solutions” to their clients, and that’s what they see as their competitive advantage.  “We’re system integrators; we bring things together by designing bespoke workflows tailored to the needs of the client. Our target market so far has been small to medium sized enterprises in the business and educational sector. We’re working with a top international Egyptian school right now to give them a complete school management system using a phased approach.”

I asked what these phases might look like, without giving away any secrets of course.  “Phase one would probably include the basics like group email and document management.  Once staff got accustomed to the cloud computing principle, stage 2 would put core administration functions into the cloud, accounts and finance as a prime example.  Phase 3 might include things like a portal for parent & student profiles and cloud based student record management.”

The company’s been profitable since roughly month 10. During the last Gitex in Riyadh, they received so much interest that they decided to open a branch Saudi Arabia two months ago.  The HQ in Mohandiseen has grown organically to a staff of nearly a dozen, split roughly equally between sales, development, and operations.

Mohamed himself joined straight out of university. He’s certain that his extra-curricular student activities are what prepared and gave him the experience necessary to hit the ground running at work. His love of innovative ideas made him a perfect fit, as that’s what the company is looking for in new employees. “A can-do personality is the main attribute the company looks for, everyone is eager to learn. Team work is important as well of course, all departments muck in during brain-storming sessions, and we all get our hands dirty.”

Further expansion is planned in the next year, with more recruitment, mainly on the technical side, with perhaps a move of HQ to Smart Village. Mohamed has a marketing campaign and competitions designed to continue to raise awareness, especially amongst university students, as he aims to normalise business cloud-computing from the ground up.

It used to be that professors would tell their students to get their head out of the clouds. Maybe in the near future we’ll instead hear them telling their students to put their business head in to the cloud.  At the rate Cloud 11 are growing, it would be another cliché to say the sky’s the limit, but their aim of being the top cloud-computing service provider in the MENA region is certainly possible.