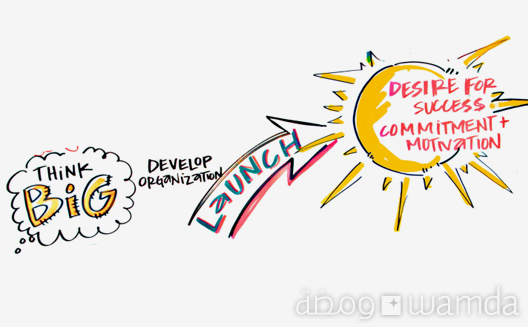 It's been a week for big news - both regionally and globally. The first early-stage VC deal in Palestine was closed, to the tune of US $1 million, which 12 month-old startup Yamsafer will use to focus on marketing, growth, and a mobile app. They may want to test it on a new iPhone 5, which was announced yesterday and called a "remarkable achievement" by Mashable. Meanwhile, Facebook CEO Mark Zuckerberg admitted Facebook's mobile fumbles at TechCrunch Disrupt on Tuesday, acknowledging that they lost their way on HTML 5 but are now quickly improving their mobile functionality with a native platform.

So mobile is the word of the week, but new platforms are an invitation to continue thinking big - how can a startup built with $12,000 in Ramallah conquer the online travel space? How cen SMEs throughout the MENA region take advantage of the US $150 million pledged by OPIC and Abraaj Capital to support their growth? If any lessons from Apple and Facebook, which is pushing 1 billion users, can be translated, it's that building a global company inherently necessitates thinking big and sticking to that vision.

Which big ideas would you like to see implemented? (just don't say something going "glocal").