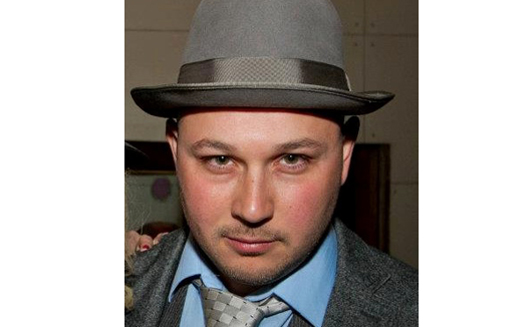 Redg Snodgrass is an uncommon name for an out of the ordinary serial entrepreneur, or “funtrepreneur”, as he likes to call himself, and  listening to his anecdotes, his life sounds more like a rock-star’s than a level-headed businessman’s.

As his father did not provide for him, he truly knows about starting from nothing. He raised a few million dollars in seed capital for his latest venture, Taploid, a social news gossip feed which caters to the masses and has gotten attention on TechCrunch lately. Redg visited StartUp Weekened Alexandria last weekend to share his thoughts on how to build a successful startup.

In his speech he outlined his view of the main factors in entrepreneurial success:

Redg admitted before the speech that we’d no doubt heard tips like these before, naturally phrased differently.  So I spoke with him later that evening about how he thinks the Egyptian ecosystem can be accelerated, given the timid nature of the investment community here.

“The problem is there aren’t enough investors here who are looking long-term.  Many of them that were successful in the US then returned to Egypt to invest here are kinda talking advantage of the start-ups here,” Redg explained, as he blew out a big plume of sheesha smoke. “They’re taking large chunks of equity for not a lot of seed capital, and that can actually hurt the founders when it’s time for a second round of funding, as the founders could be left with less than half their business before they’ve even got any traction.  That’s de-motivating and short-sighted!” he continued.

So I asked him how he thinks things should change.  “Well if you look at Y-Combinator and others in the US, they’re now giving well over 100K USD seed for convertible stock options.  That way the founders aren’t worrying about running out of money after a few months, and are also not worried that they’re giving away too much of their company for too little.”

At this point I asked him to explain what “convertible” meant, and he said it basically meant that “the percentage of equity given to the investor at seed stage is not set.  Once a second round of funding comes in, the value of the company is more of a known quantity, and the initial seed investment can then be ‘converted’ to reflect its true worth.”  This percentage could be higher or lower than was envisaged at seed stage, so Redg is convinced this is a much fairer system.

He finished our chat by saying this: “I know the risk profile is different here than in the US, but it’s so easy to get seed funding in the US that anyone with an idea attempts to get funded separately, so team quality tends to get diluted.  Because funds are hard to come by in Egypt, good entrepreneurs here have to team together to have any chance of getting funds, so there are fewer teams here but they tend to be higher quality. Investors here should realise that, and act as big brothers to new entrepreneurs and look long-term, a flourishing ecosystem that encourages serial entrepreneurship is more profitable for everyone.”

In other words, Egyptian investors need to show more faith in Egyptian entrepreneurs.