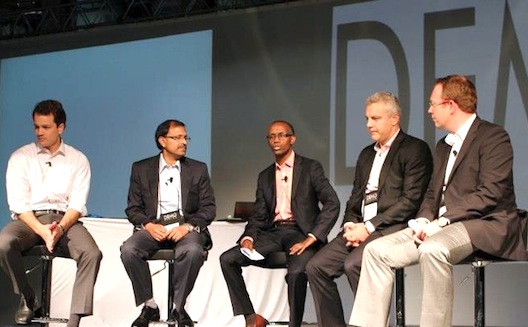 Forty startups fitting five categories from across the continent - including consumer electronics, web-based applications, mobile technology, social media, life sciences, and renewable energy- will be pitching their ideas in hopes of becoming the ‘next big thing.” For Kenyan startups, it will be a unique opportunity to prove their worth.

The event, an initiative of the Liberating Innovation in Opportunity Nations in Africa (LIONS@frica) consortium whose partners include DEMO, Microsoft, InfoDEV, Nokia and US Department of State, is hailed to be “the first ever Pan African technology launch pad.” Startups pitching at DEMO U.S., where the African event finds its roots, have received US$ 3.5 billion of capital in the last 5 years. African start-ups are hoping to cash-in on this reputation.

Launching from the Silicon Savannah

The question of “Why Africa?” is, at this point, redundant.  It is one that has been answered by countless headlines and investor circle conversations, which have shifted the world’s attention to the ‘the last frontier’, a blossoming continent still rife with social, economic, political and environmental problems awaiting innovative technological solutions.

This year, The Economist’s cover story of “Africa Rising” offered a dramatic contrast to their May 2000 cover story: “Africa-The Hopeless Continent,” helping pave the way for a more nuanced, and practical view of the continent- and it’s future.

But the question of “Why Nairobi?” is one that begs more exploration.

Fourteen of the 40 startups taking the stage at DEMO hail from Kenya, giving this up-and-coming ‘Silicon Savannah” the true lion’s share of attention. These Kenyan companies are building everything from e-learning tablets to SMS-based job locators, document verification applications to e-commerce platforms, as well as mobile payment processors and mobile tracking devices.

As a mix of early stage, socially-motivated, and most importantly, mobile-centric startups, they reflect the diversity in Nairobi’s startup scene, which flows from 16+ innovation hubs, tech centers, incubators and accelerators across the city.

When it comes to innovation in Kenya, mobile is king. Just look at the numbers;

- 29.7 Million:  most recent number of mobile phone subscribers in Kenya. In the past year, the nation has seen 17.5 percent growth from the 25.2 million subscribers.

- $20 Million; The amount of money transferred each day over M-Pesa, the revolutionary mobile money transfer service launched in Kenya in 2007.

Let there be no doubt; Kenya is an upwardly mobile nation. All eyes, and investments, seem to be on how to leverage mobile phones, M-Pesa, and the fast fiber-optic backbone serving the nation, to build profitable businesses and meet a growing demand.

Yet it's tough to say how straightforward the opportunity is; in the five years since M-Pesa rolled out, no mobile-related company or service has come close to its reach and success. Indeed, M-Pesa itself has struggled to find the same numbers in the rest of Africa. Ambitious entrepreneurs are launching ideas and companies every day, but few have hit scalability.

Truthfully, not many African cities have seen a technology boomtown-scenario like Nairobi, and the rest of the world – investors included- may be unsure how to approach it. What will be most effective- grant and foundation money, ‘impact” investments, VC money, or angel investors?

The DEMO Africa website makes the claim that “Real startups are being created in Africa, developing real-world solutions, worthy of investment and global attention.”  This is true. But having to call them “real” startups seems to insinuate a patronizing attitude towards African innovation- that for some reason many don’t assume they are “real” or creating “real solutions.”

This is one reflection, though perhaps a bit a stretch, of how a hyped-up environment mixed with investor insecurity and confused capital sources affects overall perceptions of, and interactions with African innovation. Nowhere is this truer than in Nairobi.

In an recent article I wrote for Impact IQ titled “Letter from Nairobi: Vanity Capital and Vanity Companies”, I brought to light one of the challenges that has been voiced to me by several players here; Too much prize money, hand-outs and accolades, fueling too few investment-ready companies.

Paul Kukubo, Executive Director of Kenya’s ICT Board, which has driven notable advancements in Kenya’s tech scene, including launching Kenya’s Open Data Initiative, making government data free and open to the public, commented on the piece:

“I am personally quite pleased with the fact that we even have this scenario. Market forces will create the required reality check. And most importantly, no one can be an expert what makes a great start-up bet. That’s why VC works like it does.” As he argues, the innovation ecosystem here is young, and needs time to grow.

This week, drawing on discussions around Nairobi’s hype, iHub, one of the first and most successful innovation hubs on the continent, is hosting a panel titled “Silicon Savannah: Reality Check,” to facilitate a “brutally honest discussion” about the dangers of too much hype.

These conversations and panels are not a sign of weakness or defensive posturing. They are a sign of progress and humility, and recognition of the growing pains that inherently come with being the world’s darling for African innovation.

The fact of the matter is that Africa is certainly developing technology of the future- starting by addressing its own needs first, while slowly influencing the rest of the world. Mark Kaigwa, a prominent technology blogger, speaker, and consultant in Nairobi, lays out the argument for Africa clearly in an outstanding speech at re:publica 2012 Silicon Savanna: How Technology In Africa Is Transforming The Globe.

Many of these new transformative technologies from across Africa will be present at DEMO, but it is clear that Kenya will take the center stage. One hopes the event isn’t simply a show-and-tell of novel African innovation, but a real dealmaker for serious startups burning to lift off.