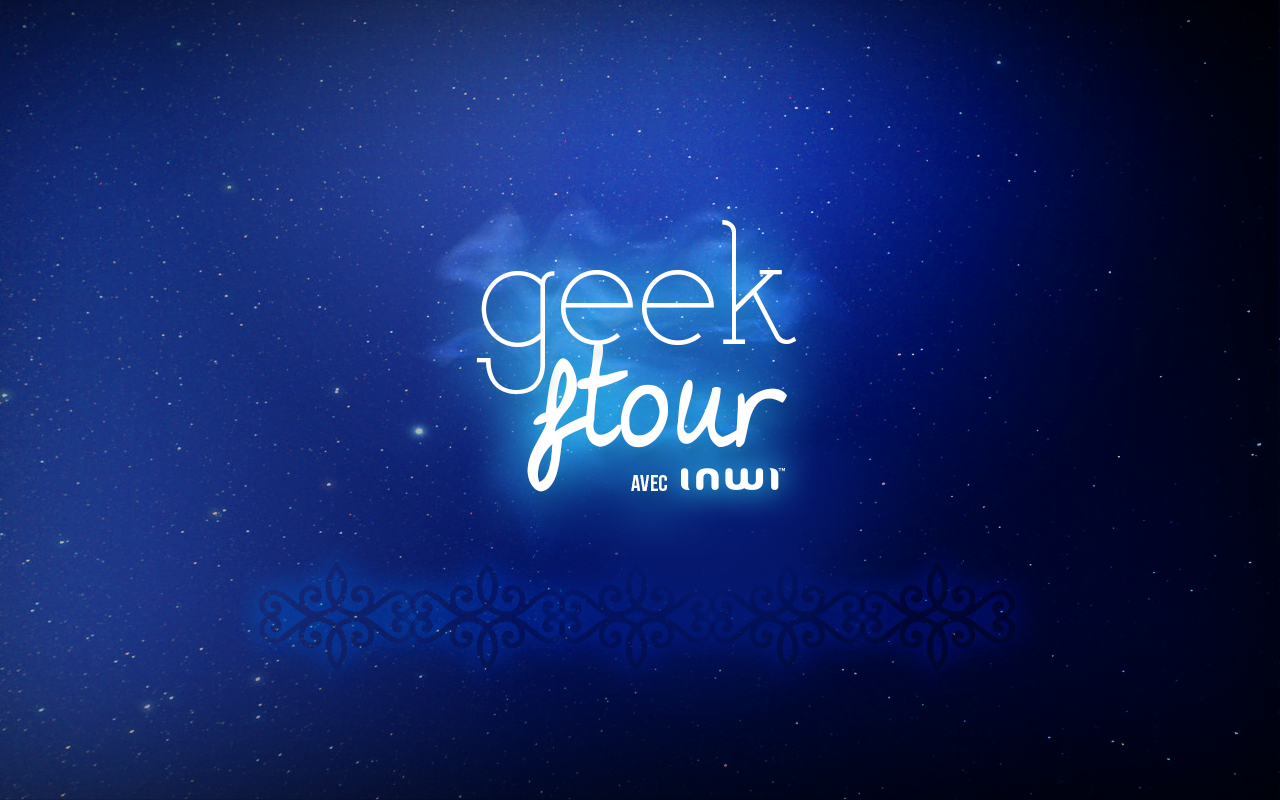 Technology and entrepreneurship-related events have really increased over the past 2 years in Morocco. Every major city has now its Moroccan TEDx or Startup Weekend. The Maroc Web Awards remains the oldest and major event that gathers the most people and the greatest sponsors.

One particular event has risen to the forefront in the past two years, however, mobilizing a large number of geeks and tweeps: the GeekFtour (where Ftour means Iftar). Its third edition was held this year during Ramadan in Casablanca, organized by Evento, a young startup specialized in tech-focused events and known for organizing the BeMYApp WeekEnd Morocco.

Launched on Facebook in 2010 by local geek Moncif Aissaoui, the first GeekFtour gathered 98 people after only 32 initially registered. Then in 2011, Youcef Es-Skouri, along with his friends Moncef Okbi, Abdelfettah Kasmi and Riad Essbai, decided to organize a new edition of the GeekFtour in Casablanca at the TechnoPark, which 200 people attended.

Proud of this resounding success, the GeekFtour returned in 2012 thanks to Evento, with a new concept and the same objective: to gather the Moroccan web community around the same table to share a collective iftar. This time, over 400 people came out to share food over tech discussions.

“We have the ambition to make GeekFtour like a TEDx conference in coming years, which is to say a licensed event where our concept could be deployed in all Muslim countries," says Es-Skouri. This 19-year-old Moroccan technology enthusiast and aeronautic fan, who is currently living in Paris to complete his engineering studies, stays dedicated to building a community in Morocco. “I'm invested in a lot of projects, mainly in Evento, which is my little baby startup” he says. I regularly see him at local events, so I asked him about his plans and his ambitions for the future.

How did you get the idea to launch GeekFtour?

It began in 2010 when a friend of mine, Moncif Aissaoui, chatted with me on Facebook and proposed that we gather our "internet friends" during Ramadan. I decided to help him organize it, and we booked 30 spots at a coffee house. When 98 people came, we had a slight space problem, but it went well. After this first success, I invited my friend Moncef Okbi, who I was collaborating with on a musical webzine called Lcassetta, to join, along with Abdelfettah Kasmi and Riad Essbai. We also secured our first sponsor, INWI (the third Moroccan telecommunications company).

What are you planning for GeekFtour 2013?

The 2013 edition will be different than the previous one. We are acting on the feedback we have received to make the next GeekFtour even better. We will keep the Ignite event from last year, and probably the videogames contest, but there will be several new surprises as well.

How is it to be an entrepreneur in Morocco?

Like every entrepreneur in the world, it's difficult, but fun. In Morocco, a lot of new entrepreneurs are quitting their jobs to create their own companies. It's risky but risk tastes good sometimes.

Unfortunately in Morocco, the government is not yet encouraging these young talents. Creating a company in Morocco is a complex procedure. When we started Evento, we didn't know where to start. Thanks to our relatives and friends, we were able to figure it out. But imagine an entrepreneur who doesn't understand these procedures and has no one to help him determine which documents to submit and where he can obtain them. The government should facilitate these procedures and publicize them.

Another basic challenge is getting investors and stakeholders to believe in your projects. It's really common to have people not believe at all in your project of startup, especially when don't work with new technologies. Financial assistance and angel investors are not very common yet in Morocco. But I’m very optimistic about the future.

Could you please share some advice for people who are willing to become entrepreneurs in Morocco and MENA?

Believe in your idea no matter what others think about it. Then, visualize your objectives: Walk, run, jump, fall and get up, climb, die and get back to life, fail, fail, fail, fail and restart again until you get what you want.

What are your expectations and dreams for the GeekFtour? Evento?

Our dream would be to make theGeekFtour the "must-attend" event for every Moroccan geek while maintaining a familial atmosphere and sense of community. GeekFtour will evolve every year with something different and special, but we'll keep focusing in our main objective to gather the community around a tasty Iftar while networking and having fun. We'd like to license the idea in other countries, and as Evento, we'd like to organize many more and bigger tech-oriented events in Morocco and other countries.

Do you have any future tech or non-tech projects or events planned?

Always Karim, always! Evento is already working on two other events. The first one is a very special Hackaton and the second one will deal with computer and web security. Believe me, it will be really fun!

I’m also working with my friend Marouane on a new project focused on e-recruitment: we want to create a very simple website where every candidate can have a beautiful resume, without having to deal with complicated software. That's all for the moment!