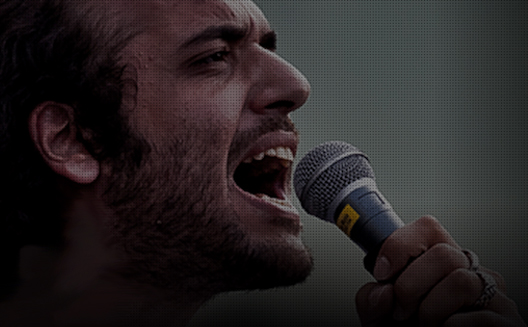 In 2010, when MySpace-style music platforms were just launching in the Middle East, opinionated blogger Ahmad Al-Shagra took a stand, predicting that Intel Capital-backed Jeeran Music would succeed, while Bahrain’s underdog, Mideast Tunes, could benefit from an overhaul.

Three years later, the tables have turned. Jeeran's music arm relaunched as Bandoora in July 2011, and then closed down last fall; Jeeran, now a reviews portal, has departed from music completely. New Spotify-style platforms Yala Music and Anghami have entered the market to offer streaming for popular music.

Mideast Tunes, however, has steadily continued on its quest to be the “go-to place for underground musicians in the Middle East,” says Manama-based founder Esra’a Shafei.

The site has doubled in size over the past year, now offering over 750 artists on a beautiful site that offers flawless streaming, even in Lebanon.

Driven to support original Arab voices in the global din, its lush photos feature an artist of the day, which range from H-Kayne, a pioneering hip-hop group from Morocco, to Algeria’s folk singer Souad Massi, beloved for her haunting melodies, and proficient Jordanian jazz fusion band Sign of Thyme. 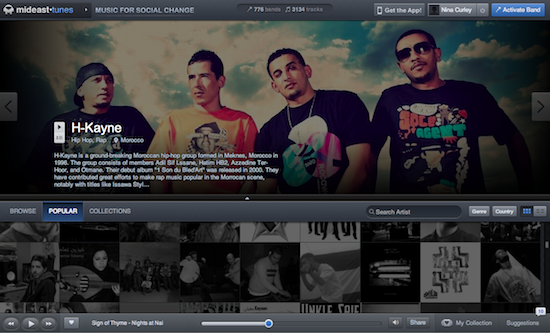 The site is now making it even easier for indie artists to be heard, through a new partnership with Shazam.

Signing up with Mideast Tunes will now allow musicians to index their tracks on Shazam’s mobile applications, which reveal a song's title, artist, and purchase information to browsing listeners.

Shazam, a London-based company founded in 1999, has built a global userbase of over 275 million users since the launch of its iPhone app in 2008. It now boasts over 2 million more joining weekly and 800,000 music transactions daily.

"Our goal is to make bands and their music visible, both on our platform, and through partnerships with Shazam and and radio stations whom we connect the bands with," says Shafei. A partnership with Radio Netherlands Worldwide also grants its bands interviews and airtime on the station’s Arabic-language programs.

Mideast Tunes' bootstrapped growth hasn’t been without its struggles, however. In August 2011, it launched a new platform based on Zend, which was too buggy to last. That fall, its team again rebuilt the platform, on Ruby on Rails, which now enables its seamless functionality.

Mideast Tunes is developed by Mideast Youth, a non-profit dedicated to fostering “fierce but respectful” dialogue among youth in the region. Yet clearly the time has come to scale beyond a non-profit budget.

To this end, its team has launched a competition for a co-founder position, given to the applicant who can design the best revenue model for their site.

The major challenge is that, true to its nature, Mideast Tunes wants to stay free for users. “When times were tough, bands in Bahrain chipped in and supported our growth. We owe it to them to sustain this platform and to keep it free, independent, and influential,” their blog post reads.

“Music for social change” cannot be behind a paywall, says Shafei. Its iOS app, which has received thousands of downloads, is free, as will be its upcoming Android app.

To monetize, the site has a few options. One would be launching a freemium model that offers current content- on average, 5 songs per band- for free, but charges for entire catalogue downloads, sharing revenue with artists.

Another could be licensing plugins for blogs.

If the site wants to build its presence leading regional player, it may also want to develop a great recommendations engine, a function solely needed in the region, as we discussed in our recent Wamda Debate on the music industry.

Yet the biggest moneymaker in today’s music market is offline. As music is more easily shared online, artists make their money through concerts, not album sales.

Mideast Tunes might do well to partner with a company that will run offline concerts for its bands, or to create a festival with regional draw. Both will necessitate a co-founder who can lead that initiative.

For now, the region’s indie bands, who “don’t have the budgets to promote themselves,” says Shafei, will continue to use the MySpace for the Middle East as one of their best tools for being discovered.