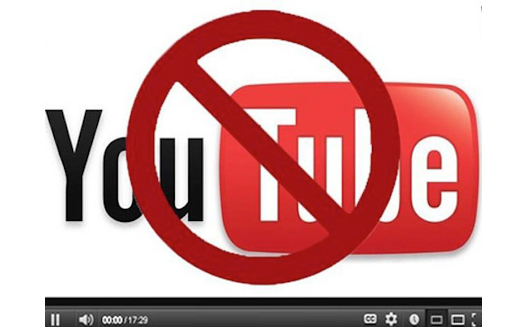 On the anniversary of the day Mubarak stepped down two years ago, Egypt is still facing a pending 30-day ban on YouTube, ordered by Egypt’s administrative court as a “temporary punishment” for not removing an anti-Islamic film released last year.

The film, titled the “Innocence of Muslims,” inflamed violent riots across the Middle East last year due to its depiction of the Prophet, which court Judge Hassouna Tawfiq has now termed “offensive to Islam.”

As of today, the YouTube ban, which could be extended to Facebook, Twitter, and any site on which the video was shared, has still not been enforced. On Saturday, a spokeswoman for Google reported that the YouTube parent company had “received nothing from the judge or government related to this matter.”

Enforcement could be difficult; a similar ban on pornography issued in March of last year, following a previous ban in 2009, has not yet been enforced, perhaps due to the high cost of implementation.

Currently, over 44% of Egypt's almost 30 million internet users (35% of the population) watch YouTube on a daily basis, according to Google.

If set into motion, the ban could devastate the Egyptian startup community, which widely depends upon video to market products and deliver content.

Egyptian video magazine startup Disalata, for one, rose to fame this year after releasing “Egyptian Style,” a localized “Gangnam Style” parody, on YouTube. Crowdsway, a graduate of Cairo accelerator Flat6Labs, works to connect independent filmmakers with jobs and distribution channels for their work, which, for now, can be seen on YouTube.

Kharabeesh, the region’s largest multichannel network in the Arab world, with over 21 million YouTube views per month, rose in popularity during the Arab Spring partly thanks to a satirical cartoon titled “Mubarak is High.” The network now has an office in Egypt and distributes comedy shows, music channels, talk shows, animations, and workshop content to educate media entrepreneurs.

The company’s co-founder, Wael Attili recently commented on a censorship law in Jordan, saying "big internet corporations are having concerns about this law, and we cannot ignore the fact that these corporations are the base of our ICT culture."

The same logic applies in Egypt, where Ahmad Alfi, the Chairman of Flat6Labs and venture capital firm Sawari Ventures, says a YouTube ban would “deprive the general public of educational opportunities, deprive startups of the ability to communicate their message to the public and potential investors, reduce the resources available to startups to learn and solve problems, and eliminate the ability of media to release a product.”

Samer El Sahn, the CEO of Alexandria-based accelerator Tahrir2, agrees that the effect of a ban would reach far beyond cutting traffic on digital media channels when it comes to dampening startup momentum. “Many startups use YouTube as a marketing channel. There are alternatives, but YouTube remains the king.”

“A blanket ban will also affect how investors look at the region,” he adds.

Generally, human rights activists have interpreted the ruling as a reflection of the courts’ lack of understanding about how the internet works. "The judges do not realize that one wrong post on a website does not mean you have to block the entire website,"  leading human rights lawyer Gamal Eid tweeted yesterday.

Yet despite myriad tools for circumventing the ban, popular YouTube channels would likely still take a large hit thanks to a drop in casual users who don’t take steps to bypass a block.

Who Stands to Lose

Here’s a look at the top five fastest growing YouTube channels in Egypt, according to SocialBakers:

With a mix of satire, news, community-oriented messaging, and entertainment leading Egyptian YouTube consumption, traditional media stands to win, albeit only for a month, with a YouTube ban.

Should the Telecom and ICT ministries in Egypt proceed to enact the ban, thwarting investment in small businesses, which can critically help create jobs and get the economy back on its feet, it would seem counterproductive. And when has restriction in Egypt lately led to silence and acceptance?

After all, says Attili, “When you institute a ban and then put someone into jail [for breaking it], you make him into a hero.”