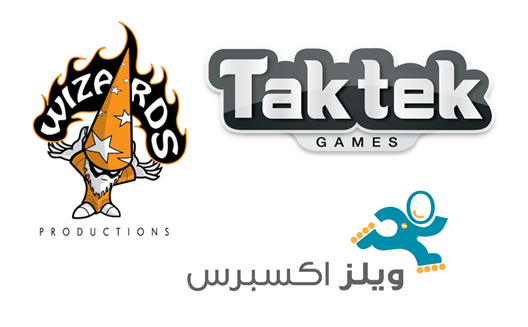 [Editor's note: "Building a culture around failure is the only way to build a healthy ecosystem," a seasoned startup veteran told me recently. In Jordan, following some of our coverage last year of a few closures, Amman Tech Tuesdays is taking the lead in building this culture. Bravo.]

At Amman Tech Tuesdays: Fail Edition on May 7th, the founders of three failed Jordanian startups took the floor to offer up their experience and teach attendees a few lessons about how to recognize and prevent failure.

The event brought together three founders whose awesome failures Wamda has covered- Ibrahim Manaa of Wheels Express, Gaith Kawar of Taktek Games, and Sohaib Thiab of Wizard Productions- to share their stories of failure with a jam-packed crowd full of Jordanian startup founders, aspiring entrepreneurs, investors and techies. The discussion was moderated by Jordanian angel investor Maher Kaddoura and, by the end, the panelists left attendees with five key takeaways:

“Define responsibilities from day one!” says Thiab. He stressed the importance of clearly defined roles and responsibilities for each co-founder to prevent problems down the line, something he admitted to Wamda that Wizards struggled with. Most importantly, he added, “You need to define your vision,” and agree on it among the founding team, while keeping lines of communication open to share any issues or problems, whether big or small, with your partners as soon as they arise.

Perhaps most importantly, both Thiab and Kawar agreed that if you’re running a tech startup, it’s essential to have a technical co-founder with a strong engineering background, rather than hiring developers with no stake in the business who you may not be able to retain; the founding team should cover the major pieces of the startup, from technology to business development

2) Timing is everything; know when to scale and when to bootstrap.

With a proven model in Amman and very little competition, Manaa sought to scale Wheels Express quickly - too quickly. The startup’s expenses escalated much faster than their revenues, and when Manaa wasn’t able to secure their next round of investment, the startup had to close down. While it’s sometimes important to scale quickly to overcome competitors, “you have to make sure your revenues are higher than your expenses even if you have investment money," he says.

Wizards also struggled with scaling. “We didn’t account for scalability from day one,” says Thiab. At first, Wizards tried to keep it small, underestimating the growth potential in their market. When they then wanted to revamp their games to meet growing demand, they were too late to beat out competitors. Thiab recommends scaling as quickly as you can, after receiving some advice and mentorship from experts in your field.

3) Empower your team and build a transparent culture.

With a coveted deal with international publisher Chillingo, Taktek Games was well on its way to success in April 2012. But over the course of time, the startup lost a significant proportion of its talent, who were trained in-house, to higher paying jobs in the Gulf. When TakTek couldn’t deliver on the tweaks to their game that Chillingo asked for, they had to close.

The fundamental problem is that employees aren't valuing startup culture, says Kawar: “They think a startup is like a corporation.” This lack of experience with the ups and downs of running a new venture is one of the key reasons startups fail to retain their employees, he suggests. Yet at Taktek Games he took a hands-on approach to getting employees involved, by sharing his vision with them and also celebrating their successes – as a startup founder, you have to do that, he says.

“Be transparent and open with your staff,” Thiab adds, even when investment is delayed, “if they'll leave [when you're waiting for investment], they’ll leave anyway.”

4) Launch quickly and fail even faster.

After a year and a half of developing massively multiplayer online (MMO) 3D games, Wizards’ technology wasn’t well received by users, so the team decided to pivot to mobile games. However, the lag in production while they learned new skills proved too unsustainable for the company.

“We thought we understood our market,” confesses Thiab. He adds that you have to get your product out as fast as you can, even if it’s not fully ready; test your market as quickly as possible and iterate quickly, adopting a lean approach and staying close to the customer. Startups cannot afford to invest heavily in development before testing.

All of the panelists agreed that entrepreneurs should dream big but keep their feet on the ground. Kawar says that, as a startup founder, you shouldn’t aim for 100% innovation all the time. Keep your expectations in check; having 20% innovation and 80% replicated best practices is better for your startup, your expenses, your team and investors, he says. Release your product, test, reiterate and innovate gradually, he advises.

5) Choose investors wisely and involve them.

As an entrepreneur, your relationship with your investors is a “marriage relationship”, Kawar states bluntly. He recommends, that when you approach an investor to be clear from the beginning what you want out of the relationship; funding, mentorship, or both. Every investor offers something different with their funding.

Thiab advises entrepreneurs to be open with their investors and calls on investors to be more involved in their startup portfolio. Both entrepreneurs and investors need to be realistic about their expectations up front and not over promise.

Kaddoura further adds that, as an investor, he encourages other investors to invest their time in mentorship, especially in the Arab entrepreneurship ecosystem.

The major conclusion from this month’s AmmanTT Fail Edition is that as a startup founder failure is always possible; the key is knowing how to fail fast and small. If you fail big, learn how to dust yourself off and keep going.