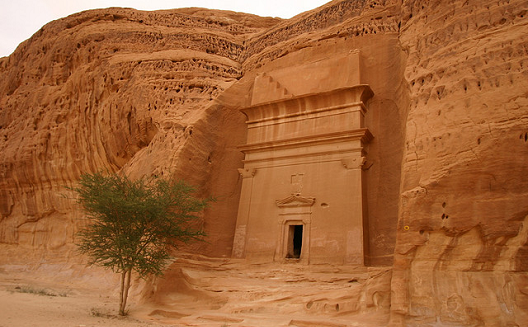 When we think of tourism in the Arab world, we usually first imagine the Egyptian pyramids, the lavish resorts of Dubai, the museums of Qatar, and the cedar trees of Mount Lebanon. The ‘Desert Kingdom’ of Saudi Arabia rarely comes to mind, if at all.

To the popular imagination, Saudi Arabia is famous for its wealth, oil wells, and perhaps its discrimination against women, not its heritage or wealth of potential tourist sites. Yet the largest Arab state in western Asia is blessed with a vast variety of tourist attractions.

From the turquoise waters of the Red Sea to the otherworldly scenery of Mada’an Saleh, from the breezy mountains of the Asir National Park to the captivating beauty of the Empty Quarter, Saudi has true potential for launching a world-renowned tourism industry. But tedious visa procedures, and the lack of supportive public policy, makes this market unreachable to most international tourists.

The Intricacies of Saudi Visas

There are no tourist visas for Saudi Arabia, at least not under the standard definition. Tourist visas must be sponsored by licensed companies –currently there are only five such companies– and are only issued to certain nationalities. Tourists must arrive in groups that consist of at four people, and women must be over 30 or accompanied by a husband or male relative.

Upon arrival, the licensed company must supervise the tourists. Tour guides are required to pick up the tourists and ensure their later exit from the country. While in the country, tourists must stay on a predetermined tour itinerary under the tour company’s supervision. Any “lost” tourists must be reported immediately.

All in all, there are about 16 points you must ‘kindly note’ if you are considering visiting Saudi Arabia. This morass of red tape (and the paperwork affiliated with it) hardly makes the country a worthwhile destination for international tourists.

The most common visas gleaned from Saudi Arabia are business and religious visas. The business visa entitles individuals to travel to Saudi Arabia to conduct business on behalf of his/her company, while the religious visa consists of Hajj and Umrah visas that are only available during their respective times throughout the year.

Industry reports on tourism in Saudi Arabia often combine the immense numbers of religious tourists with those of non-religious tourists, thus giving misguided results about the real size of the industry. Though the Hajj and Umrah programs are well-maintained and organized, adequately servicing millions of Muslims each year, the same cannot be said for non-religious tourists. Even individuals interested in visiting the Islamic historic sites in Hejaz, the cradle of Islam, face exhausting challenges in order to obtain the visa.

The absence of tourist visas to Saudi Arabia for individuals is not without reason; the flood of non-religious tourists could lead to a heated backlash from the country’s conservative core. In addition, some of the western tourists might find it challenging to adhere to the countries unspoken conservative laws, especially in terms of dress code and public behavior. 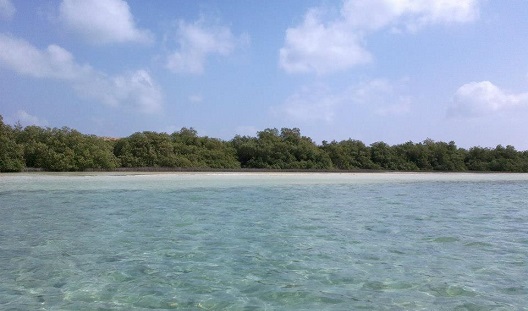 Despite the lack of access to Saudi Arabia’s potential tourist sites, the tourism potential has been given unprecedented attention in recent years.

The Saudi Commission for Tourism and Antiques  (SCTA), established in 2010, aims to establish a thriving tourism industry within 20 years. Led by Prince Sultan Bin Salman, the commission has undertaken ambitious projects, such as the grand restoration project of the ancient mud-brick city of Ad-Diriyah, the first capital of the Saudi dynasty, which is currently underway. The town dates back to 1744, and is of historic and touristic interest to many potential visitors, inside and outside of the kingdom.  Once finished, the site will house five museums, a handicraft market, and a sound and light show.

SCTA also produced some stunning videos to promote the various aspects of tourism in Saudi Arabia promoting the country’s culture and heritage.

In addition, SCTA teamed up with the Smithsonian Institution to create the Roads of Arabia exhibit, which is currently touring across U.S. and European museums, offering a look at the largely unknown cultural history of Saudi Arabia. None of the works on display have left Saudi Arabia before 2010, when the first exhibition was hosted by the Musee du louvre. The exhibit not only promotes a positive image of the country and its rich history and heritage, but is also igniting making potential more interest in visiting. 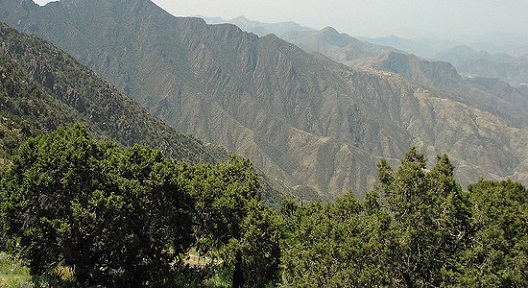 Two of the biggest issues facing the Saudi economy are youth unemployment and a need to diversify from a resource-based economy. A thriving tourism industry could help solve both.

In 2008, tourists travelling to foreign countries spent $944 billion; Turkey alone made more than $22 billion from tourist expenditure. This money is a direct cash flow into the host country’s economy.  Tourism also brings with it a sustainable stream of service industry jobs which can provide tremendous economic growth, especially to industry-poor regions in the Kingdom such as Asir and Najran.

The economic benefits of opening the Saudi market to international tourists could extend to other tourism companies in the region. Companies like Omar Samara’s Wild Gambana would be able to add Asir’s green mountains and Riyadh’s rocky Jebel Tuwariq to their list of eco-friendly travel destinations in the Arab world, and tourists interested in Historic sites could use Saudi as a median step in their journey through the Arabian Peninsula’s historic sites.

In my opinion, it’s time for Saudi to follow the path of its Gulf neighbors and extend its people’s generous hospitality to welcome international tourists. Organizations such as SCTA are already making the initial moves towards this change, but challenges remain. But if Saudi soon decides to open its doors to international tourists, the rewards will be worthwhile.