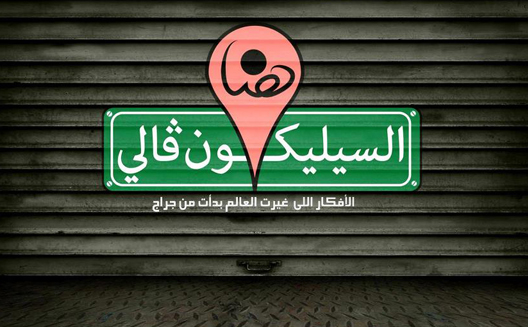 “It’s important for Arab entrepreneurs to be familiar with the details on how giants like Facebook, Google and Twitter originally started off and succeeded,” says Ahmed Al-Ghazi.

This young Saudi serial entrepreneur recently launched a video series that aims to tell the story of how some of Silicon Valley’s most successful startups managed to gain international success, for an Arabic audience.

Two months ago, Al-Ghazi posted the first video of the series on a Youtube channel he calls “Houna Silicon Valley” which means “Here in Silicon Valley” in Arabic. His first video offers an introduction to the series and an overview of entrepreneurship in the Valley, where Al-Ghazi explains why he decided to kick-off the project and why it’s important for Arab viewers to follow along.

“I want to change and inspire young Arab mentalities starting at the age of 13, and help them believe they can change the world. This is what the whole show is about,” says Al-Ghazi during a Skype chat from Silicon Valley where he moved to work on the project.

Al-Ghazi adds that the ultimate goal of the show is to push Arab youth to realize that they too can build innovative tech solutions and find major success just as some of the other big names in tech innovation have. After all, if Google can start in a garage and Facebook can start in a dorm room and create innovations that change the world, then so can other tech entrepreneurs. “They just need to be more courageous and step out to start building products that meet their own needs or solve problems they see around them,” he says.

Through the show, he also wants to “inspire young entrepreneurs and push for a strong knowledge-based regional economy over the next 15 years,” Al-Ghazi says. The video series targets young Arab innovators between 13 and 35 years old.

The video has a very high production quality which keeps its many young viewers, and even me, engaged through the full episode. Saudi production house UTurn, known for its local high quality online entertainment content, is producing and publishing each episode. “I want to convey my message in the best way possible,” says Al-Ghazi, noting that he is self-funding the project.

Growing up as an entrepreneur in Saudi Arabia

After graduating from King Abdul Aziz University in Jeddah in 2008 with a mechanical engineering degree, Al-Ghazi felt that the Saudi engineering market was a bit dry for his taste and wanted a better outlet for his creativity. He decided to venture into advertising and accepted a job at “Go Digital”. One year later, he launched his first digital advertising startup Nudge Ad, focusing on social media and video and digital content creation.

At the same time, while frustrated with the Saudi market and eager to contribute more to the entrepreneurial ecosystem in the Kingdom, he worked on another startup, Esamiyoun (an adjective used to describe self-educated individuals), a community that connects entrepreneurs, focusing on sharing inspirational and educational links and articles via social media. His goal is to build a network to support entrepreneurs across the region by exchanging knowledge and experience – the network is still online and active today.

In 2012, Al-Ghazi also participated in the Stars of Science competition, a reality TV show for tech inventors and entrepreneurs in the Arab world, and won fourth place. Through the competition, he developed “Goom” (‘stand up’ in Arabic) inspired by the needs of his grandmother who has difficulties moving around. Goom is a sort of standing scooter that helps an elderly or handicapped user stand or sit more easily.

After completing Stars of Science, Al-Ghazi created another startup out of his frustrations with driving in Saudi Arabia. The concept, called 7ofra, is a mobile app that alerts drivers to upcoming potholes on the road, based on crowdsourced information. The app is currently available on iOS and will be available on Android soon.

Combining his passion for entrepreneurship, his engineering background and his experience as a startup founder, Al-Ghazi now hopes to educate and enable others to find their own entrepreneurial journey through these videos.

With over 200,000 views in just the first two weeks, and more than 1,300 comments begging for a second episode, Al-Ghazi needs to find a way to publish the videos more regularly; he’s already a month late on his release date for episode two. We, like his viewers, are looking forward to the next episode - let us know what you think of the first installment which you can find below: