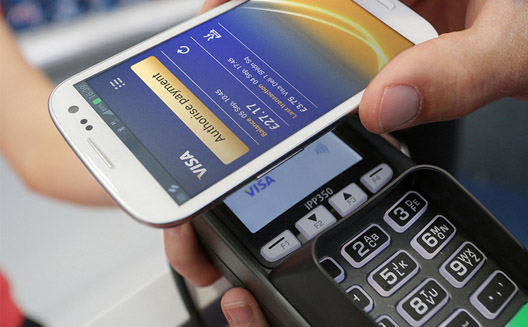 Finding the right platform for online and mobile payment continues to be one of the top challenges for Arab startups selling online. Over the past few years, the region has witnessed several attempts from entrepreneurs and banks to build a successful payment gateway in the region to simplify the various forms of online payment.

Paypal also recently expanded in the region, adding new countries including Egypt, Yemen, Morocco and Tunisia to their portfolio.

In Kuwait last month, McDonald’s announced a move to make in-store payment easier for customers by adopting new mobile payment solution SEQR, by Swedish online payment company Seamless. The new system will be implemented in all McDonald’s branches across Kuwait and will be introduced through a partnership with the Kuwait International Bank which will collect payments and handle the system’s financial transactions.

“Kuwait International Bank is our first partner in the region. However, we are currently looking to expand in many countries around the world, including other Middle Eastern countries,” says CEO Peter Fredell.

Participating stores are provided with QR code stickers containing a Near Field Communication (NFC) chip for each product at the restaurant. To use the system, customers must download the SEQR mobile app and can then choose to pay by scanning the QR code for the product they wish to purchase using their mobile phone camera or by passing the phone near the sticker if their smartphone comes with NFC technology. The user then confirms a purchase by entering a unique digital pin code and the seller confirms the deal by pressing a special button on his POS (Point of sale) machine. The bank then withdraws the transaction and the collected amount is deposited in the McDonald’s branch account.

On their website, Seamless’ SEQR guarantees a 50% savings in transaction and interchange fees and a reduction in check-out times. If it works out in Kuwait and makes transactions more fluid, perhaps the platform will see some traction elsewhere. It could be interesting to adapt it to be able to order delivery, though SEQR just appears to be targeted at in-store transactions.

As mobile financial transactions are estimated to reach US $670 billion by 2015, Seamless isn’t the only company working to fill the space in the region. MOBIbucks, an American company which expanded in the Middle East last October, has also been deploying mobile payment gateways in the region. If Seamless can prove the model in Kuwait, perhaps others will enter the space.