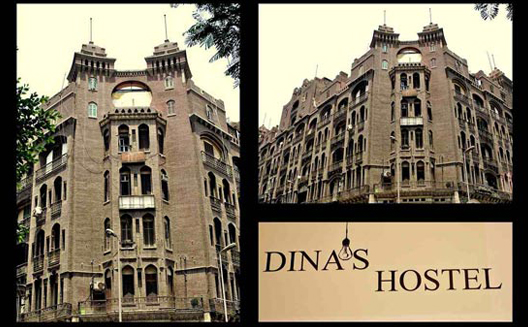 In an old building in downtown Cairo, Dina’s Hostel was founded over three years ago by Egyptian entrepreneur Dina Abou El Soud, bringing together authentic Egyptian style with a clean, friendly atmosphere, and a rich artistic and cultural ambiance. The hostel won the Best Hostel Prize in Egypt for 2013 from HostelWorld.com – one of the world’s biggest hotel rating websites – based on guest feedback and positive reviews.

After studying hotel management at Ain Shams University in Cairo, Dina worked in the tourism sector for several years in Egypt before embarking on her entrepreneurial journey. She chose downtown Cairo to launch her small hotel of only four rooms (the hostel now boasts 18), in addition to an Art and Cultural Space which displays paintings, films, and concerts free of charge for hotel guests and anyone else who might wish to attend. 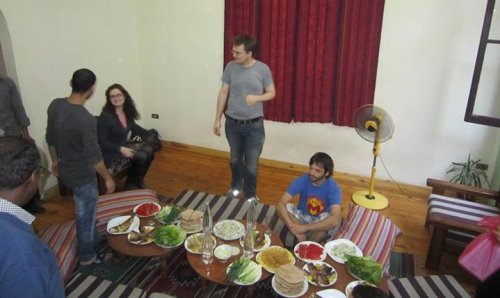 As a woman looking to start a business, Dina received discouragement from nearly all sides at the beginning. Even her mother feared her daughter would have trouble repaying her loans, suggesting even after Dina signed the lease that they should apologize to the landlord and ask him to cancel the contract. Dina, however, remained steadfast, and with the support of her friends, who helped her furnish and equip her hostel, eventually won over her mother.

Dina herself was entirely committed to making her business work. In a society as misogynistic as Egypt, Dina was able to prove that she is up to the unique challenges of establishing a business in Egypt, without the help of a man at any point in the process. A women's rights activist and a founding member of the Revolutionary Women Coalition, she had a personal stake in independently establishing her hostel.

The tourism sector was one of the areas most affected by the events in Egypt since Mubarak’s 2011 ouster; some hotels closed completely and many incurred significant losses. But Dina refused to dismiss any of her employees, even though she didn’t have a single guest for several months.

“The situation is somewhat better now but current events have led many tourists to cancel their reservations fearing…potential acts of terrorism or sabotage, especially now that Tahrir Square is no longer the only area of concern,” she says.

Like any other hotel, Dina’s Hostel’s biggest share of expenses goes to staff salaries and her rental fee. Given the fact that the building is more than a century old, her initial expenditures were greater than usual as significant repairs were necessary. To offset this, she purchased much of the hostel’s furniture from other, less expensive, provinces, rather than in Cairo proper.

“The competition in Egypt is huge, but my hostel is the first to focus on art and culture in this manner," she says. "It's also the first to be run by an Egyptian female rights activist, and that’s where it derived its fame."

Despite this, the hotel is not breaking even yet. “I have no idea when I will be able to cover my expenses and start making profits, but I hope the next season will be better than this one,” she admits.