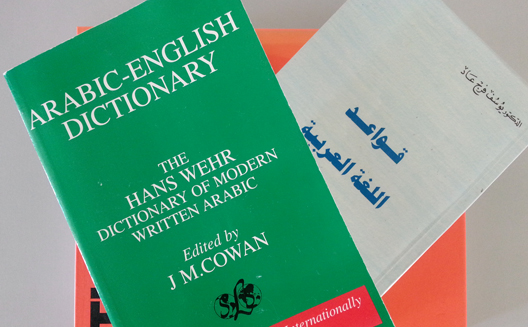 Coming from a background in translation, I believe that language is the most basic factor that we can't live without; it's the medium that connects us to the world.

Specifically in the Arab world, it's critical to pay attention to linguistic diversity, as a citizen or as a business. When startups venture into content, they must pay attention to language barriers and local nuances in order to make their services accessible to as many people as possible. English may be widely used, but a majority of the population prefers their native language.

The results: Out of 16 responses, 10 people said yes, there's a need for these tools, three said no, they don't use automated translation, and two said they use it infrequently.

Some use Google translation services to better understand the language on the website they are visiting. “Yup, mostly Google Translate on Chrome”, said Mohammad Lafi, Digital Marketing Officer at Startappz.

Zakaria Ben Hamouche, Co-Founder and Developer at exa.io seconded that opinion: “Yes, I use Google Dictionary extension and Google Translate extension for Chrome.”

Of course, May Habib, who’s running herself a translation startup called Qordoba, also said she relied on automated tools, replying, “Of course, all the time.” [Disclosure: Wamda Capital has invested in Qordoba].

Even my mother, Nina Farhat, who’s a big admirer of the Arabic language, agreed.

Mohammed Toraif brought up the obvious challenge that comes with machine translation: accuracy. “Yes, [I use them] but the translation is inaccurate most of the times,” he said simply.

Others didn't use automated tools. El Aboudi Moaad said that he doesn’t surf Arabic websites, “[I] mainly use and surf English websites,” and two other responders simply said, "No."

The need for translation tools in the region

Accuracy is not a small issue when it comes to using translated tools. As more and more businesses debut online content in Arabic, it's critical to ensure that any translation is actually correct. One of the biggest challenges with Arabic specifically is that context plays a large role in meaning. Any translator or editor knows that you can’t translate one word if you don’t know how it’s placed in a sentence. What these tools can give you is a general perception of a topic, but if you want to build an Arabic version for your website, or create good Arabic content, you need to rely on human translators.

Taghreedat, an initiative that relies on crowdsourcing to Arabize digital content, is building momentum in this space. Founders Sami Mustafa Mubarak and Mina Takla launched the platform in 2011 in hopes of building the largest Arabic crowdsourcing community; today, they have over 13,000 Arabic translators, writers and editors, and have worked with more than 15 international companies, organizations and studios, including Google, Twitter, TED, Khan Academy, WhatsApp, Gameloft, Coursera, Storify, Wikimedia Foundation, and Easy Chirp.

Now, they're partnering with global YouTube video subtitling platform Amara- which works with Netflix and Mozilla, and Arabic proofreading service Uktub- in order to translate not just text, but video content.

By providing good Arabic content, Taghreedat is perhaps setting an example for other organizations and companies and raising awareness. But it's still an underdeveloped space, they say. Often, companies think that they can reach a wider audience simply by addressing their market needs, but not localizing their language.

“In many cases, translation of their website becomes an afterthought,” say Takla and Mubarak. “[But] customers in the Arab region really value their language and would much appreciate companies that speak their language.” Not to mention that adding Arabic helps search enginge optimiziation (SEO).

Earlier this year, I attended an event called T_Fest (short for Translation Fest), an initiative that discussed the scarcity and quality of Arabic online content. One of the toughest challenges we addressed during the gathering was how we could unify Arabic terms, especially when it comes to technical words, and how we could make them official. Hopefully another T-Fest will keep the community focused on this issue.

Taghreedat on the other hand, has been working on an Arabic dictionary for technical terms since 2012. “Over 1000 of our Arabic translators and editors worked on localizing over 6,500 English technology, social media, cyber security and graphic design terms,” say the founders, and they are planning to publish it in the region very soon. The dictionary will be “accent-free” and not literal.

All of this is good news, but instead of having many individual partnerships scattered throughout the region, it could be useful to have a single hub or collaborative effort to unify results and gain credibility.

In the meantime, we at Wamda will continue working to improve our translations. We try our best to make technical words clear in Arabic, often by providing brief explanations. If you have any feedback or suggestions, send them to Reine [at] wamda [dot] com.