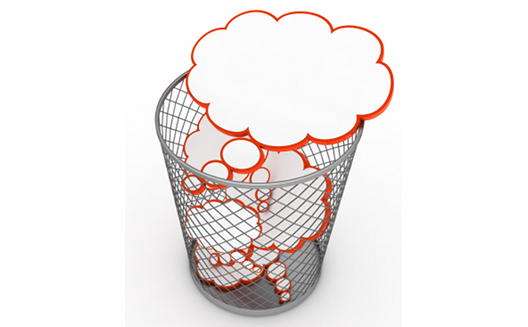 Chris Dixon, an investor at Andreessen Horowitz, who previously founded SiteAdvisor (a web security startup bought by McAfee) and Hunch (a personal recommendations website acquired by eBay in 2011), took to GitHub yesterday to write about what makes a good startup idea.

To find a good idea, Dixon says, you need a secret, in the Thielian sense- something that most other people don’t believe or are willing to overlook.

Dixon's example: Google, which could have been dismissed for its ability to send people immediately to good results, at a time when search engine “stickiness” was prized, in the era of display ads.

Dixon’s not the first person to reintroduce Thiel’s concept; last September, Paul Graham, the cofounder of Y Combinator, also wrote a blog post about the idea that “most successful founders tend to work on ideas that few beside them realize are good.”

Graham's example: Facebook, which initially sounded to him like “a site for college students to waste time,” that tackled a niche market, with no revenue model, to do things that didn’t matter (like interacting socially: overrated).

The tougher part is that when you pick a winner, Graham says, you won’t know it for two years. Measuring investment success after Demo Day is a bad metric at best, and misleading at worst.

So how do you know you’re on to a good “bad idea”?

The best ideas, he says, are developed from direct experience with technologies and local problems; another (obvious) method is to look at trends, or develop analogies, like building “AirBnb for X, or Uber for Y.”

The analogy startup is fairly prevalent in the Arab world, where a good idea that works elsewhere can masquerade as a “bad idea” just by virtue of its being deployed in a tough market where others haven’t yet ventured. Localization can be the element that global tech giants don’t see as worth their time.

Examples: The region’s Amazon, Vente Privée, One Kings Lane, and Fab clones. GoNabit, Cobone, and the slew of daily deals sites. Shopify for the Middle East. A Spotify or Hulu for the region. One of the simplest huge successes: a better Tamagotchi. Who thought the world needed that? But Paul Salameh is killing it with Pou.

And yet, many of this region’s good ideas are simply good ideas. A device that tracks your heartrate as you swim? A bug tracking app that’s super intuitive? A panoramic photo app? Toys that teach engineering skills? A solar-powered irrigation device? All great ideas.

Yet most companies in this market can’t afford to wait two years to see if the idea has traction. Risk-averse nvestors won’t bite.

Also, for those willing to dig into building nuts and bolts infrastructure, like web and mobile payment solutions, the opportunities are big. In general, the “leftovers” not being tackled by existing companies, and especially government, are a large slice of the pie.

Yet in this market, failures are perhaps even more likely to be a factor of revenue and business model than the product itself. Why did Wild Peeta close down its store and pivot just as Just Falafel is preparing for an IPO? Wild Peeta's new TV show might be much cooler than a sandwish shop, but the difference between the two companies has never seemed to be a function of their sandwiches. As Reid Hoffman recently pointed out, the fundamental strategy of a startup is not its product strategy, but its financing strategy.

So there’s no surefire recipe for a good idea. But this is one way to get started.