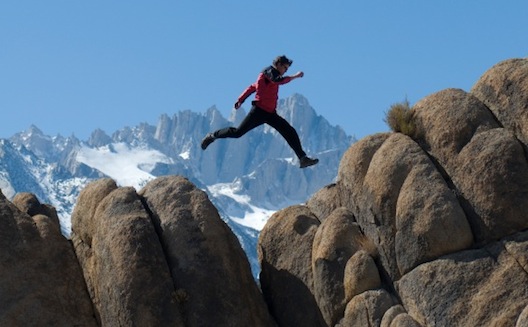 The startup scene is no stranger to failure, especially not in the Middle East, where regulations can cripple new businesses and generous investment can be hard to secure.

But what happens after a closure?

Jordanian entrepreneur Hani Saleh is one founder who knows the answer to that question, and what it takes to traverse the rocky path of a startup journey. After leaving the corporate world in 2012 to launch a startup that he thought had regional, if not global, potential, he found himself shutting it down around a year later, after facing difficulties with tough regulations.

But instead of leaving the startup world, today he’s building a stronger, more sustainable business, using his knowledge in a new sector.

He’s not the first Jordanian entrepreneur to close up shop and start over (the founders of game development studios Wizards Productions and TakTek have also pivoted into new business models). But Saleh is one of a new generation of entrepreneurs who are gaining experience by treating failure as a necessary step to their next, better idea. Here’s a look at his lessons learned. 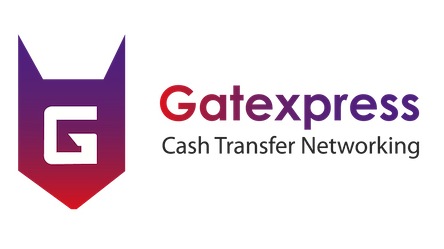 After spending years building software solutions for some of the largest financial firms in the region, Saleh decided to take a shot at entrepreneurship and launch a business in his domain of expertise: systems solutions. After building a platform for a large currency exchange firm in the UAE, he hit upon the idea for GateXpress.

“I found a gap between local solutions for exchange firms in the Middle East and the international solutions,” he says, explaining that currency exchange firms use different mechanisms to make money transfers.

Local solutions, which are slower but cheaper, typically use fax, and require mutual agreements between sender and receiver on transfer fees. International solutions, on the other hand, favor platforms such as Western Union and MoneyGram that charge expensive fixed fees (which can reach US$43, he says).

The idea behind GateXpress was to create a platform that offered the best of both worlds: it would automate fee agreements, while charging less than international solutions (around US$8 to $10).

To develop his new idea, Saleh applied to Jordanian accelerator Oasis500 in Amman, which welcomed him into their February 2012 cycle, offering him JD10,000 (US$ 14,000) in seed investment to build the company.

Saleh’s friends were skeptical, but he was ready. “I had a very high position at the company I was working at, but always dreamed of having my own business,” he says. “People thought I was crazy for trying to start my own business with JD 10,000, but I decided it was a good opportunity.”

At first, he was enthralled to be a part of an entrepreneurial community that believed in his idea. Soon, however, he realized that his startup was up against a difficult roadblock: heavy government regulations. Saleh discovered that he would need licenses from central banks in each country he targeted. Rather than treating GateXpress as a software company alone, which would not retain any money, local regulators placed it in the same licensing category as multimillion-dollar transfer companies like Western Union.

This meant that, before he had even hired developers to build the software, the cost of starting up was prohibitive. “The license costs more than half a million dollars in Jordan,” Saleh explains.

At that point, Saleh’s mentors strongly advised him to abandon the project for something simpler. Despite a few investment offers, he became convinced that it would be difficult to sustain the young business and instead shut it down.

If the license hadn’t been an issue, GateXpress would have recouped its investment quickly, Saleh says, based on the number of customers it would have gained by charging less than competitors. But perhaps the young startup scene and modest venture capital ecosystem wasn’t yet ready to tackle a market where barriers to entry are so high.

These days, Saleh advises other entrepreneurs to steer clear of the financial sector. “Investors in the Middle East aren't like those in the international market; they like to invest in an early stage startups that are already making revenue. This concept doesn’t work for financial startups,” he explains.

After GateXpress, he’s resolved to build his startup slowly, in stages, and not to enter a market before fully researching its regulations. 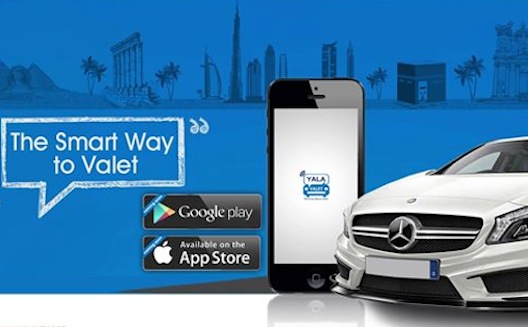 After closing GateXpress, Saleh accepted an offer with an investment firm based in the Gulf and returned to life as an employee in March 2013. Yet over the following two months, he felt unfulfilled.

While out with his fiancée one weekend, he chose to park their car using a valet service, and had a particularly bad experience. “When we asked for the car, it took about 45 minutes. I started imagining what it would be like if had a mobile application that could connect customers and valet companies,” he explains.

That experience inspired his newest startup: YalaValet, a web and mobile car request management system. In May 2013, Saleh co-founded the company with Siful Sujan, the founder of an IT solutions company in the UK who helped fund the project.

To understand his new target market, Saleh didn't take chances this time. He worked as a valet for a week, taking notes during his breaks to build features tailor-made for Arab markets. Once he had designed the software solution, Sujan’s IT solutions company built it.

What he discovered what that the valet market in Jordan is large; leading valet companies have operations in more than 25 locations, with staff parking between 1,000 to 2,000 cars a day, he reports. Because their fees are as low as US$1.50, the companies need to maintain small teams of drivers to turn a profit.

To solve the challenge of running a valet business, Saleh designed YalaValet to offer a B2B and B2C solution. Instead of using plastic numbered cards, the system allows valet staff to enter identifying information for each car and update its location on the fly. Using a cloud service combined with a custom-designed telecommunications device, YalaValet also allows companies to manage their entire staff digitally, monitoring profit and activity (thus reducing potential corruption), distributing their teams across locations, and accelerating the speed of service. The YalaValet device includes a scanner that connects with GPS and can integrate with a payment gateway.

For customers, it’s about convenience: they can use the website or smartphone app to instantly request that their cars are ready in 5, 10 or 15 minutes.

Thus far, the company hasn’t taken external investment, planning instead to generate revenue by taking a commission on transactions and charging valet companies a subscription fee.

Unlike GateXpress, YalaValet’s features will be launched in phases. “The idea is to one day build a social network for car owners, and in the future it can become a store,” Saleh describes. For now, his primary goal is to secure the investment needed to expand into Dubai, Qatar, and even Turkey.

Will Saleh consider Oasis500 a second time? "We'll see," he says. "I'm interested in any large VC investor," he explains, noting that he'll put his plan into action after his imminent wedding.

“When we sit with investors, we don't want to show them a presentation, we want to show them the site and actual numbers, to show that it is a profitable business,” Saleh says; after all, it’s a business that he would not have built so carefully had he not failed first.