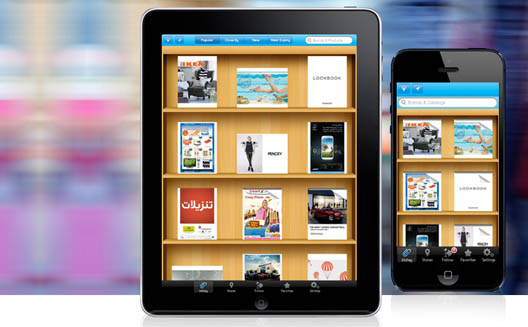 Kilshay is a 6 month-old mobile app, available for both iOS and Android devices, that provides an environmentally friendly alternative to wasteful paper advertising flyers and catalogs in Kuwait. Originally launched as a daily deals app, the app has gradually evolved since its launch to aggregate information regarding promotions, store openings, and other retail-related news.

Nader Ghazi, Kilshay’s founder, describes his app as a “location-based mobile app that helps users make smarter decisions that save them time and money.”

Ghazi is half-Kuwaiti, half-Indian, who has lived in Kuwait his entire life. He worked in retail for seven years, before going to business school in Barcelona. He launched the Kilshay iPhone app in August 2013, followed by an Android app before the end of the year. His background in retail gave him confidence to start his own business, he says. Also, “I saw similar business models succeeding in other countries,” which convinced him it would also be possible in Kuwait.

Kilshay is more than just a daily deals tracking service; the app enables users to stay up to date with promotions, sales, new collections, and store openings. They can view recently released product catalogs and advertising flyers for more than 100 brands in Kuwait. The app also has a filtering function, making it possible for users only see offers they might be interested in.

Ghazi does not seem to be making much money out of his venture right now, but he is planning to start doing so by April. He is eyeing three income streams, including charging partners a small fee to get their content featured on Kilshay, having a featured ad space, and charging an annual fee for one main sponsor.

Kilshay app has now been downloaded 25,000 times. Ghazi is proud of his app’s success, especially the environmentally friendly aspect of his venture. After conquering Kuwait, he hopes to take on the Arab market as a whole.