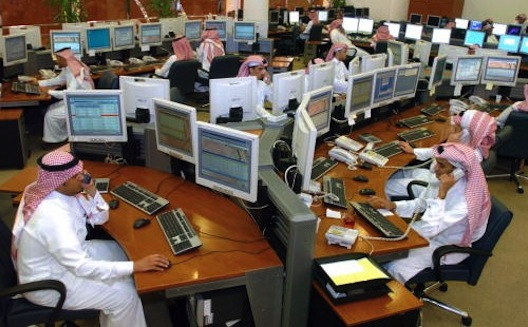 The private sector in Saudi Arabia is now employing more Saudi citizens than ever before. In the past 30 months since the Ministry of Labor introduced new reforms, the number of Saudi citizens working for private companies has doubled, the Labor Minister announced two weeks ago.

Yet can its reforms reach startups, the sector of businesses most poised to influence new job creation?

Perhaps, two founders say. The new reforms, introduced in 2011 and 2012, which included stricter penalties for failing to meet Saudization quotas and fines on the number of foreign employees that exceed Saudis, have helped raise numbers of Saudi employees. Yet these reforms have mostly affected industries such as construction, which rely heavily on inexpensive foreign laborers, says Mazen Saleh AlDarrab, founder and CEO of eCommerce SEA, a Saudi company that helps build e-commerce ventures.

The challenge, he says, is that the measures don't affect skilled workers “in the tech industries” who usually earn higher salaries.

“The issue with the program,” AlDarrab writes over e-mail, “is that at this stage, it focuses on entry-level jobs… not taking into consideration [corporate] and highly paid positions.” So, while these initiatives might make more relatively low-paying jobs available to Saudis, there remain few high-level positions to be had, which, in the long term, could encourage brain drain.

However, AlDarrab says, there has been a positive effect in more mature market segments like the food and retail industries, where he’s noticed an increase in monthly wages.

The reforms have also led to an increase in “women-run, female-centric businesses like intimate wear, accessories, and perfumes,” says Sinan Khatib, a serial entrepreneur who has launched Velvetty, an offline private shopping club, and Bite Me, a gourmet sandwich shop in Riyadh.

A shift in mentality might further accelerate the trend, Khatib continues. “There have been some efforts to start instilling in the population the mentality that there’s nothing wrong with earning an honest living working in a service-based profession. I expect this social stigma to begin coming down purely for practical reasons and the need for greater employment [rates] amongst the youth.”

Today, around 30-40% of working-age Saudis are employed or actively seeking work, and only 12% of the total Saudi population participate in the workforce. As of 2012, 37% of the Saudi population was under the age of 14.

The hope is that if the government can encourage companies to create more highly skilled jobs, while training its current Saudi employees to enter highly-skilled jobs, it will be able to reduce the country's dependence upon oil, and stem the rise of youth unemployment. Incubators and accelerators, like the BADIR ICT Technology Incubator, the KAUST Venture Lab, and Flat6Labs Jeddah, may be able to support the transition.