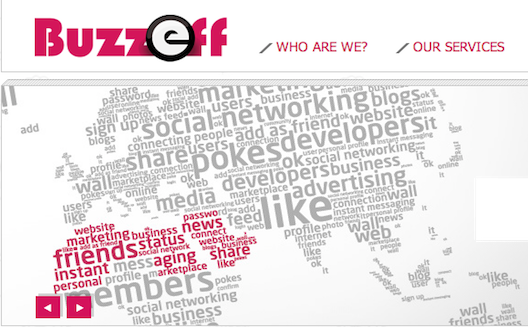 Almost two years after raising a $1.2 million USD round of investment, and one year after launching its Dubai offices, Moroccan social video advertising startup Buzzeff is making its investors happy. Covering 15 countries in the Arab region, the startup has managed to monetize a market of over 105 million internet users. In 2013, the startup generated 200 million page views after pushing 70 video campaigns, broadcasting through a network of more than 10,000 publishers. Subsequently, Buzzeff’s revenues shot up 400%.

How did they do it?

The market for social video advertising (ad videos designed to go viral online) in the region is growing eight times faster than it is worldwide, according to MAGNA GLOBAL Advertising Forecasts and Forrester Consulting studies. Last year, the global social video advertising market witnessed an increase of 37% in spending, with a total of $8.26 billion USD. In the Arab region, there was a 300% increase in spending in 2013 compared to 2012, representing an estimated $60 million USD increase in investment.

Unsurprisingly, this has made Buzzeff co-founder and CEO Jerome Mouthon’s goal of growing his digital network a lot easier.

During the period of these significant market changes, Buzzeff worked on restructuring its operations to re-focus on its core business: video advertising broadcasting. Taking full advantage of this global and regional growth, Mouthon opened offices in Dubai and worked to boost production, traffic numbers, and revenue. “In addition to being likeable, shareable, and engageable on multi-screen devices, video ads are popular because they bring production flexibility to advertisers with short format and best budgets,” says Mouthon.

Buzzeff tested its social video ads in multiple sectors, mainly telecoms, cars, and FMCG (fast moving consumer goods). “Now that the proof of concept is done, advertisers are willing to invest and put additional budgets for their 2014 campaigns. We’re confident that the market trend in our region could be accelerated with massive engagement of media agencies that have great influence on media planning,” says Mouthon.

Being an early-stage startup in a fast growing industry is a huge challenge. Entrepreneurs find themselves in the position where they have to educate the market as well as grow quickly as a company. “Just one year after launching we had to make sure we have built a great team, continue to serve customers efficiently, and improve our video solutions to regularly bring added value to the market. So it’s a business challenge, a market challenge, and a client challenge,” says Mouthon.

Taking these results in consideration, Buzzeff plans to continue its development for 2014 by strengthening its partnership with media agencies to provide solutions for advertisers. Thereby, the Moroccan startup hopes to help achieve the agencies’ goals through its video advertising network, by bringing added value to improve the reach and impact, and optimize the return on investment.

“Video was a strategic choice based on market statistic trends that showing a fast-growing prediction mainly driven by U.S. markets. We anticipated that the wave will reach our region and decided to focus on that industry. The best is yet to come,” Mouthon predicts.