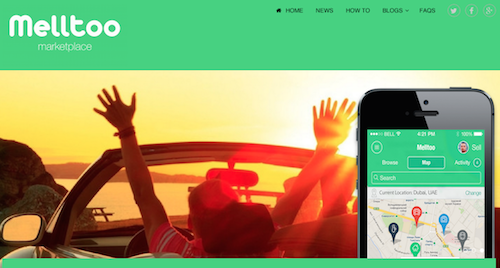 The world of classified ads has moved a long way from one having to trawl through the back sections of local newspapers looking for an elusive bargain. The US based Craigslist and its contemporaries revolutionized the way people buy and sell second-hand goods, starting a trend that has been replicated successfully in the UAE by websites like Dubizzle.

Morad Irsane and Sharene Lee, the husband-and-wife cofounders of Dubai-based Melltoo, have combined the convenience of online classified ads with the usability of a social networking app to create a new product to match buyers and sellers in the same neighborhoods. 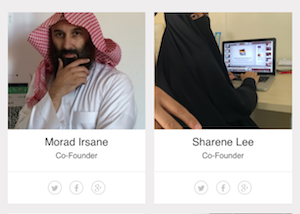 Melltoo, a name derived of a French term for ‘busy-body,’ was conceived in January 2013 and launched in March of this year. As of mid-September, the app has a total 40,000 downloads, 10,000 active monthly users, and over 300 organic downloads daily.

Irsane bootstrapped the development and launch of the app with $100,000 USD of his own cash but he says the business has got to the stage where it needs some outside investment to push on. At the in5 Innovation Hub in Dubai’s Knowledge Village earlier this year, Irsane said they were looking for potential investors.

“We have received interest from a few parties,” he said in an interview. “We hope to close before the end of the year.” He went on to say that every penny would go towards user acquisition and that they were very against using Google Play and Facebook to acquire new users. “I don’t want to ever give a dime to those guys. They don’t give you the real users that you want and the retention rate is so low,” he added. 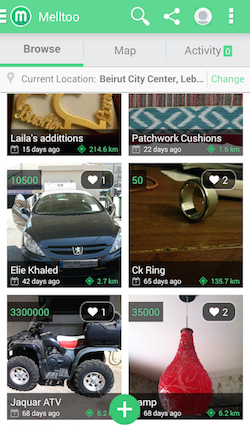 Melltoo has four permanent staff including India-based tech head Aftab Khan, and social media manager Ibrahima Diame, but the extra funding will be partly used to expand the business by paying interns who worked on the product over the summer.

“Our main market is the UAE and we are focusing all our effort on SEO and marketing on the UAE. But at the same time Melltoo is available everywhere,” said Irsane. “For example 30% of downloads come from Saudi Arabia, 5% from Lebanon, and also some came from Egypt, so it is being used [region-wide].”

Melltoo aims to focus all proceeds from the planned funding round on the UAE market and letting growth in other markets remain organic.

One of the reasons Melltoo is focused on Dubai is due to its position as a crossroads between several different regions including the wider Middle East and Africa. The founders see Africa as a major potential market for the app given the continent’s fast uptake of smart phones and billion-plus population. 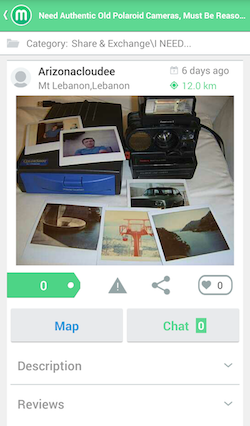 “The barrier to entry of Dubai is high, so having someone coming and bothering you in your market is unlikely. To launch a start-up here is really difficult as you need a license and good amount of cash,” said Irsane. “If we can make it here, with all the different nationalities that you have here, people will go back to their home countries and use it. It is a gateway to the whole world.”

Melltoo differs from Dubizzle by focusing on the buying and selling of smaller items, as opposed to the latter’s focus on expensive deals such as real estate and vehicles. The app is aimed at people selling “baby items, 20-dirham ($5 USD) items, items that are buried in the regular classified ads.” This is made easier by allowing people to search and chat with others in their local area.

According to the founders, the social networking aspects of the app – creating a profile, using the chat services – creates a atmosphere of respect and helps engagement, just like customer reviews. Despite the rapid growth in the popularity of the app, Lee and Irsane have not decided on a way of monetizing the business in the long term.

“The easiest way is to let people post one thing for free and charge for [any more]. But we would have to have a marketing person in each region to collect the money and this is very costly,” said Irsane, “The social network aspect makes us think there should be a different way of monetizing it. We will try and find a way to work with a shipping company for small items and get maximum payment for items and control payments through the exchange of the goods,” he added.

French national Irsane, who formerly studied in California, has channeled the atmosphere of an early West Coast startup, by building a garage in a Portakabin at his house in the northern emirate of Ras al-Khaimah. It’s here that the team do most of their work. “No one is going to go away until we make it happen from the garage. We think, we live, we drink, and work all together in this environment,” said Irsane,

The founders are hoping that Melltoo can recreate the success of its US classified ads forebears in the Middle East and beyond.