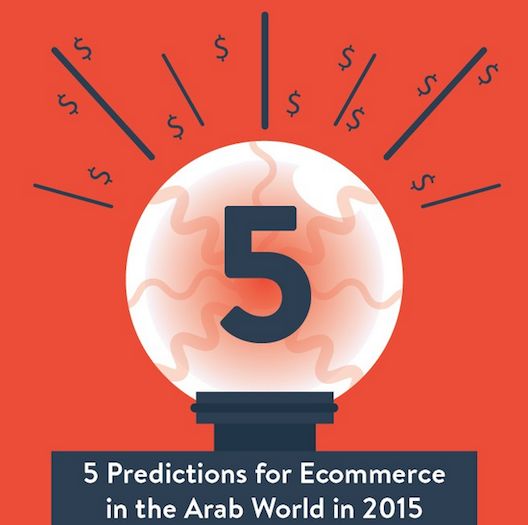 At Payfort, we always gather our teams in January to discuss and plan for the upcoming year.  As part of this exercise we discuss the important trends we expect to see emerge in the next twelve months.

We thought we’d give you a peak behind the curtain and reveal five of our most important predictions for ecommerce in the Arab region in 2015.

Most transactions will still occur through the web, but 2015 will be the year of the app. Across our merchants, we’ve seen mobile transactions increase by 300%.

Companies will work hard to create user friendly apps and that investment will pay dividends, especially as more and more users turn to their phones and tablets to make payments.

#2 Equal monthly payments will be rapidly adopted by consumers

Equal monthly payments (EMI) will become a common feature of ecommerce as consumers choose to pay for big-ticket items in instalments. This will be especially common for travel, and consumers in the Middle East will start paying for plane fares and hotels in instalments.

We’re excited to see the development of this and have created a new product, payeasy to help businesses capitalize on EMI.

Trust in ecommerce is a major challenge to the industry across the Arab world. At least one government, either the UAE or KSA, will respond by drafting a law that governs competitions and the way that external companies sell products in the GCC.

This law will start to show dividends and increase consumer trust in well-known digital brands and the market in general.

Egypt has tiny rates of financial inclusion and, according to the World Bank, in 2011 only 10% of people above 15 had an account at a formal financial institution. This has a massive negative impact upon the ecommerce industry as without a credit or debit card it’s difficult to transact online. Our partners El Wafeyat have encountered this problem first-hand as we revealed in our last Entrepreneur of the Month.

But the winds of changes are coming. GCC banks, such as ADIB, ENB and Mashreq, are setting up in Egypt and recent mergers mean that consumers will get more benefits from their banks.

As the consumer banking sector grows, more people in Egypt will be able to access the world of ecommerce with debit or credit cards.

2015 will not be the year that the flood gates of investment burst open. We have seen some momentum towards greater capital investment, however, angel investors won’t be coming to the Middle East in droves quite yet.

Instead it will be a year where mid-size ecommerce firms turn the corner and become profitable. This will lay the groundwork for a long-awaited surge of investment in 2016.

2015 promises to be an exciting year, full of change and challenges. What are your predictions for the next twelve months?