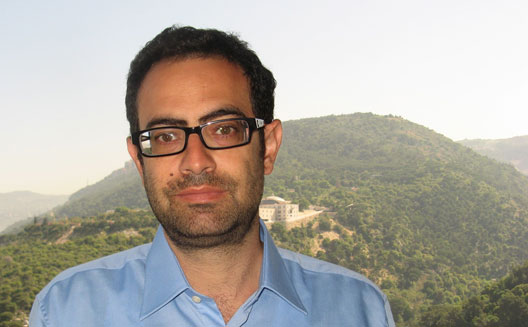 The hype surrounding entrepreneurs and tech companies has breathed new life into the myth that startups are staffed by college dropouts in hoodies who get around on skateboards. The reality is that some startups launched, iterated, and adapted way before all the hype, buzzwords, and support came along. Karim Saikali, one of Lebanon’s first ecommerce pioneers, is one such entrepreneur.

Saikali launched BuyLebanese.com in 2000 despite a host of infrastructure and legal hurdles. He and his then-business partner Nasri Messarra wanted to offer Lebanese goods to an international audience. They launched the venture with just $500 that they used to pay for hosting and business registration. The platform, which now ships to more than 128 countries, celebrated its 14th anniversary last November.

Saikali spent a lot of time surfing the web and purchasing goods online while he was going to school in the U.S. Fresh from his master’s studies at Columbia University, Saikali launched the now defunct Lebanon's Largest Music Store, where music fans could browse and purchase records.

After meeting Messarra through a common friend, the two decided to launch BuyLebanese.com together, dividing software development, business development, online marketing, and customer services tasks between the two of them. Saikali recalls the many technological hurdles and the difficulty of convincing people of his vision.

“I remember being criticized because we used to get payments only by credit cards and not by Cash on Delivery. It was very difficult to launch your business all over the world because of the reputation as far as country risks are concerned so shipping goods was hard.”

Saikali and his partner placed their bets on two areas early on: customer service and quality of product. “We wanted to convince potential clients to start buying from Lebanon by offering an excellent product and excellent service,” he said. “The first consumer would be wowed, and that would spread. It was forbidden to make a mistake.”

And right they were. According to Saikali, the site initially witnessed a year-on-year growth of 30-35% until 2008. The site connects people with their homeland, creates awareness for local suppliers as well as new business channels via the few wholesale orders they get - but Saikali is not in this particular business for the money: “The money it generates covers operation costs and there is little effort being put into running it. It’s really just running by itself,” he explains, adding that given time constraints and logistical challenges, no, he doesn’t have plans to scale.

In a wide-ranging discussion at Wamda’s office, Saikali pointed out that there was a need for an ecommerce site in Lebanon when he and Messarra launched BuyLebanese.com. The company gets a percentage on sales via the platform.

“They [suppliers] give us wholesale price, we sell at retail prices, and they also pay us a yearly fee to get exposure.” But there’s more to that approach. Saikali has built a closed loop where advertisements can run between BuyLebanese.com and E-comLebanon.com, his other venture.

“We get a lot of online advertising for free on local portals every November because E-comlebanon.com is the number one online media buying agency in Lebanon, covering the local market,” Saikali said.

It can pay off to be the first player in the field. Lebanon's Largest Music Store received extensive media coverage in its day due to its novel concept. Saikali went back to his media contacts when he launched BuyLebanese, and the press responded with great enthusiasm. 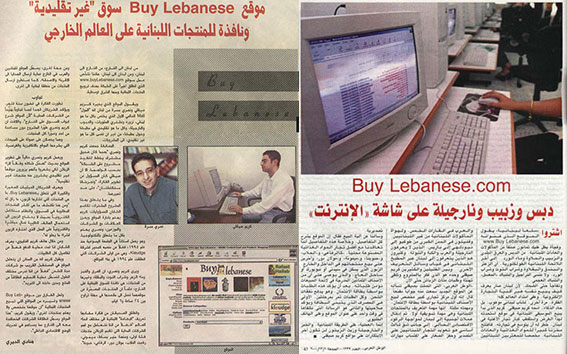 Online promotion was critical to Saikali’s strategy. He launched an affiliate program in November 2000 with ISPs and media outlets where anybody who placed a BuyLebanese banner on his website would get 20% of revenues through that banner. Lebanese living abroad – possibly more accustomed to online purchasing – were some of his earliest customers. But it didn’t stop there.

“We saw more and more competitors launch and shortly close; we were getting a lot of free ads while others had to pay for them,” Saikali explained. “We’ve helped [Lebanese news portals] improve their sites, create advertising spaces, improve their sites to generate more revenue. That’s why I have an excellent relationship with them.”

After the validation, the product 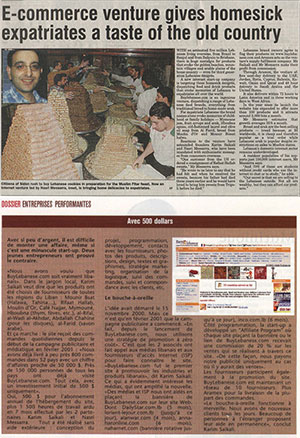 If BuyLebanese.com is not Saikali’s main bread and butter, one can say it was a proof of concept for E-comLebanon.com, a “full service internet marketing company and the largest online media buying agency in Lebanon covering the local market.” With his experience with suppliers and advertising, Saikali realized that there was a need to bring a number of retailers and services online across a variety of industries, and that his second venture could be just the engine for that: “I started using my experience with BuyLebanese.com to do digital marketing - I could understand how online works.”

And this is exactly what E-comLebanon.com brings to the table, from e-consultancy to conversion optimization and social media marketing, SEP/SEO, as well as web development.

Three years after their launch in 2000, they reeled in an account for the ultra-luxurious residential project Marina Towers, in Beirut. How did he land that account? In true entrepreneurial fashion, Saikali responded to an engineering job opening, and instead, pitched E-comLebanon.com’s services, which answered that need exactly. Through his work, he also developed a tracking system to tell his clients which sites to advertise on based on what would generate the most inquiries, a system he now maintains and uses with all his clients.

From then on, the business’ future as an agency was set. They began to manage accounts for heavyweights like Lebanese real estate developer Sayfco Holding, offering e-consultancy and online marketing service to florist Exotica, and more recently have started working with Sakr Real Estate and Online Money Transfer OMT.

Although BuyLebanese.com is not a business that typically rakes in month-on-month profits via sales, the platform seems to have secured itself a nice slice of a very specific market: holiday shopping, banking on the perks of seasonality. Emigrants or not, it seems as though Lebanese goods have their fair share of international fans, and that’s what Saikali is banking on.

One of the main challenges for BuyLebanese.com was getting around payment gateways’s refusal to automatically authorize transactions involving countries in the Middle East, but the entrepreneur does not believe this is a long-term problem. “The payment gateways in Lebanon don’t accommodate payments from everywhere. We often face issues there as some banks in the US block access to Middle Eastern transactions for security reasons so some transactions are declined,” he said.

“Customers need to contact their banks to tell them to lift any possible restriction temporarily for the transaction to go through,” Saikali added. “It would be interesting to have an international payment gateway or a service like Paypal fully unlock their services in the region as most of our transactions come from the US and they all have Paypal accounts.” He stressed that Paypal has yet to fully expand into the region, despite its announcement last year that it would do so.

Another significant challenge should have been to break even. Realizing the potential of an e-consulting agency early on, Saikali recalibrated his efforts to fully focus on scaling E-comLebanon.com as a business.

“Outsource what you can’t afford and what you don’t know about.”

And fourteen years later, Saikali is still a “solopreneur.” His methods are as lean as they come: “My number one rule if you want to build something from scratch is to try as much as possible to outsource from the beginning and then, with time, study the option of building something in-house,” he explains.

“I have no employees,” he added.

Saikali built a network of reliable freelancers that he trained over the years.

“I work really well this way and it’s a great model for me; I believe that outsourcing gives you optimal results. But you need to know how to do it.”

He also prioritizes quality clients over quantity – and revenues – in his projects.

“If I can’t take the job, I’ve learned to say no. That’s either [because] I’m not very confident about the client, or the project is too big or too time consuming,” he said.

Turning business down might seem counterintuitive to some, but after 14 years in business, it might actually be one of Saikali's smartest tactics to ensure each project falls in line with his business principles.