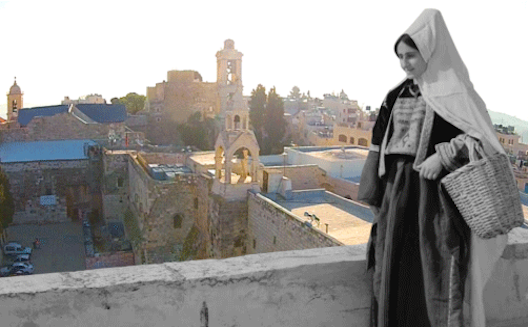 You might remember the story of Palestinian Asma Jaber and her fiancé Sami Jitan who launched PIVOT, an interactive app that stores images, videos, and information on ancient and modern Palestinian history. “My father used to tell me stories on the history of Palestine and all the cities we used to visit. After he died, I wanted to preserve and share all this information,” explains Asma.

A year and a half later, the two cofounders have launched a Kickstarter crowdfunding campaign that has so far raised $17,958 and that will end on March 28. The couple set the campaign ceiling at $30,000 after consulting mentors at Harvard’s i-lab.

“We decided to launch it for two reasons,” the founders say. First, to build a base of users interested in what’s known as ‘shoebox archiving’. “The concept goes back to the past when people used to keep their family photos in a shoebox…. after we’re done searching public archive resources such as the Library of Congress and the Institute for Palestine Studies, we will follow a collective sources model which we will call Shoebox Archiving whereby Palestinian expatriates and residents alike will upload photos of their families and places they visit or used to.”

The second reason is that PIVOT needs funding to improve and implement augmented reality technologies. Although “this campaign doesn’t erase our need for big investors,” the founders say. 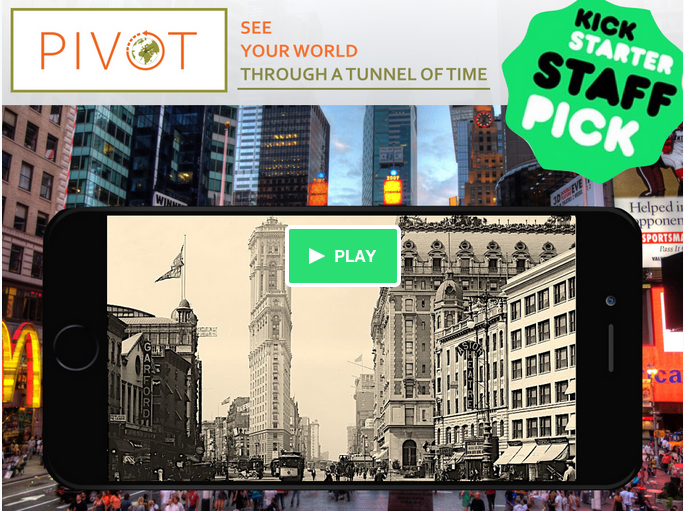 “During the first week, we received emails from Australia, Turkey, and Spain asking to use the beta version to document history for academic or tourism reasons,” says Asma, pointing out that “the idea was born in Palestine, but it might expand to other regions.” She says that some people sent them the money directly, instead of contributing online.

Ever since PIVOT’s beta version was launched back in August, the two cofounders have been gathering feedback, remarks, and criticism from users to improve their product, hoping to launch the final version within six to nine months. “We don’t want to keep people waiting for too long,” says Sami.

PIVOT is working today with Chicago-based Palestinian company, iConnect, and has also received funding from PalTel under the latter’s Corporate Social Responsibility program by the end of 2014. “We also would like to cooperate with Zochrot.org in terms of data providers. We deeply care about the social factor and about cooperating with all websites and initiatives so as to preserve history instead of competing with them,” Sami adds.

PIVOT is still based at the Harvard Innovation Lab, after coming first in the Dean’s Cultural Entrepreneurship Challenge back in May and winning a $25,000 prize. “Although I have already graduated from the university, I still receive invitations to present the app which they consider a success story. We will soon be moving to Harvard’s second incubator for graduates called Alumni Launch Lab,” Asma says.