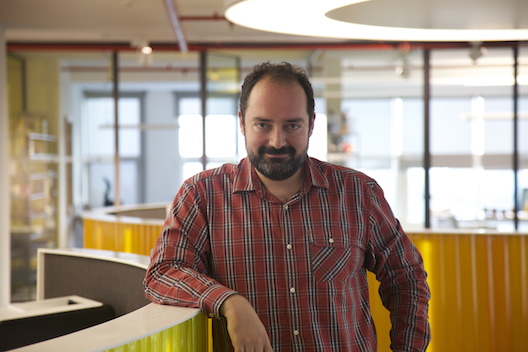 A happy Nevzat Aydin in his Istanbul offices. (Image via Yemeksepeti)

When Nevzat Aydin told his parents that he was returning to Turkey without his MBA from San Francisco, they were sceptical. He announced that, despite there only being a few classes left in the semester he wanted to come home and launch an online food delivery business. “I told them that now was the right time….I have the motivation….and if I wait another semester I don’t know if I’ll feel this way.”

Aydin said that his parents didn’t even know what the internet was at that time but their trust in him obviously outweighed their lack of knowledge, and now the scepticism has drifted far, far away. Their son has just sold his online food ordering business for $589 million. Not bad for a guy with an incomplete degree.

“Some would charge the user, others might just charge the restaurant, some would require credit cards, some would have nothing to do with delivery…eventually the different models converged and we created what we’ve now been using for 15 years.” 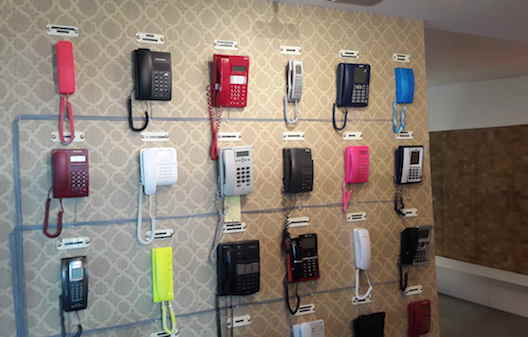 Yemeksepeti's spoils of a war on ordering food. (Images via Lucy Knight)

The long walk to success

For four years, along with his cofounder Melih Odemis, Aydin took no salary. Any money that was made was put back into improving the model. “We didn’t have any money to begin with, I recall myself answering phones on the customer service desk. I did everything.” The economic crisis hitting Turkey in 2000 to 2001 didn’t help things either.

Support systems in place for startups were rare in the early 2000s and even now, Aydin says there is still a lot lacking when it comes to VC structures and angel investor networks. “Fifteen years ago they were unheard of,” he says. “We struggled for about five years.

“I think the hardest part was trying to change the way people think and order food. It took us years to embed ideas.” At the time they launched, internet penetration in Turkey was still low, around two million users. And, according to Aydin the disparity between offline and online ordering is still huge, 85 to 15 percent respectively.

By 2012 they had 1.5 million users and 8,000 restaurants in Turkey, UAE, and Russia on their books. 50,000 orders were being made every day and that same year they got $44 million in funding - their expansion throughout the Middle East was heating up. 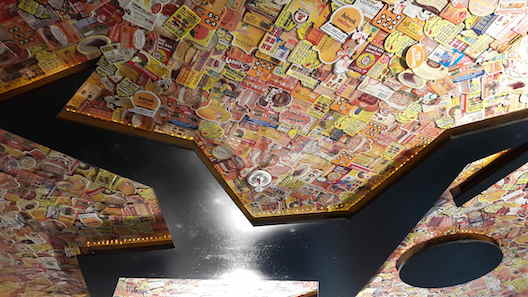 At Yemeksepeti's head office you're welcomed by the running man on the ceiling.

Learning from the mistakes

Not a million miles away from the thought processes of Silicon Valley VCs, Aydin has learned lessons from expanding to countries more than a three-hour flight away. He also has learned that a country only three hours away can seem like another world when it comes to online activities.

“Each country requires different local solutions for a successful business,” says Aydin. “When expanding to the MENA region we have to have Arabic agents on the ground, to learn the customs.” The team has not been without their share of disappointment when moving into new markets. Online food delivery websites and mechanisms are not like Twitter or Facebook, said Aydin.The differences? User experience, user relations, and customer satisfaction, “this differentiates the product in every country.”

The most challenging country was Russia. They operated there for one year before calling it quits. “At that point we decided to focus 100 percent on the UAE.” And that focus paid off. Yemeksepeti, prior to being acquired by Delivery Hero, was the UAE’s market leader in online food delivery.

“They [a startup] have to wait until they have a strong enough cash flow,” says Aydin when talking about how to go about entering another market. “Or [they have to have] a strategic investor to finance the expansion, as well as help with it.” Typically what Yemeksepeti have done is what they advise: if there is a company doing what you do in that region, enter the market with an acquisition and invest in those people rather than start from scratch.

In May this year Yemeksepeti was acquired by Delivery Hero for a grand $589 million. Delivery Hero, whose largest stakeholder is Germany’s Rocket Internet, is the global online food delivery retailer (going by Foodpanda in Asian and European markets), that is fast gobbling up anything that could be deemed competition.

While previous offers had been made to Yemeksepeti, they had always factored in an acquisition or partnership, and so were waiting for the right time and the right partner “with whom our growth strategy and vision match. With Delivery Hero we found that common ground."

As Yemeksepeti continues to grow with its new owner, Aydin will remain in his post as CEO, participating in Delivery Hero’s management and contributing to the global expansion of the company.

And of course there will be no slowing down. As the food delivery world changes and moves online, Aydin is positive that the making of food will no longer be a necessity but rather an entertainment.