Fatma Al Khoori, founder of the 18-month old self-funded venture, says her only marketing strategy so far is social media, with Instagram’s visual reach making it the most useful network for sales and marketing, followed by Facebook. 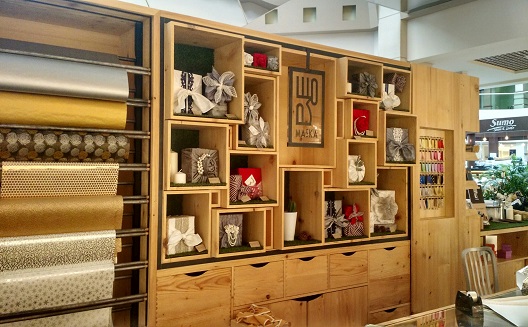 The Mercato Mall store in Dubai. (Images via Maska)

The idea behind Maska is to use a Japanese gift-wrapping technique known as furoshiki, where gifts are wrapped with elegant fabrics from France and India, as well as the usual accessories. She said the method could also be used for other purposes, such as an environmentally friendly packaging substitute to non-degradable plastic bags.

“The fabric can be re-used as a gift itself. We also add a small instruction manual on how to make a cloth bag, or any other design, from the fabric.”

Maska is not Al Khoori’s first step into entrepreneurship - she was involved with creating the e-food guide Barzh and is a member of the Mohammed Bin Rashid Establishment for the development of SMEs, Dubai SME.

Despite beginning the venture with her cousin, Elkhoury now runs the whole business. She says being an Emirati probably helped the business, as local products and businesses receive considerable local attention and support.

“In the beginning of August 2013, we started coming up with a business plan for Maska and experimenting with a small scale family venture to test people’s reaction. After receiving positive engagement from our customers, we headed to Mercato mall in Dubai and learned that a venue would be available after two months. We didn’t have a logo then, or a solid business plan. So we brainstormed everything and launched Maska by the time the space was available.”

What's in a name? 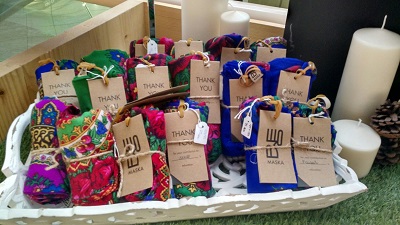 Maska’s name is no coincidence. It’s the Arabic term for “handle” or “grab” and appealed to customers and Al Khoori.

“We came up with a lot of names, but most of them were already taken, so we tried ‘maska’. Customers who don’t speak Arabic well found it attractive, while those who do were reminded of a similar term which means ‘the bride’s handle.' Maska is also the Persian and Indian terms for 'butter…'so, it may not seem, logical, but we loved the amalgam of meanings in this one word and the way people reacted to it.”

ElKhoury says although Maska is a for-profit organization, it has a social responsibility to help improve the living standards of certain disadvantaged communities. Her experience with impoverished communities in Ras AlKhaimah and certain neighborhoods in Dubai made her realize that charity can only go so far as a sustainable means to change the lives of those in need.

So she decided to launch an initiative that aims to "give women job opportunities where they can use most of their earnings in the upbringing of their children". Still in the early stages, the project supports five women. 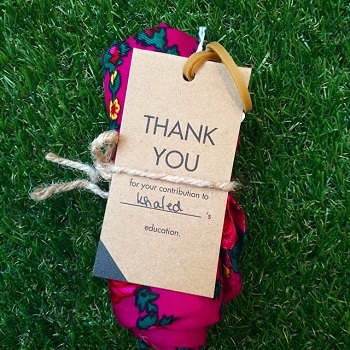 Recycling your gifts without causing offense.

Goals for the future

Al Khoori plans to open a second store in Dubai by the end of 2015 and relocate her headquarters to The Dubai Design District, D3, as well as launch a website to operate as an e-store and a virtual gift-wrapping service.

She hopes to have Maska stores all over the Gulf within five years, while her 10-year plan involves establishing her business as an acknowledged trademark.

ElKhoury’s vision might become a reality, but right now, she’s got some serious competition from traditional gift-wrapping stores as well as online services. Differentiating herself with her “fabric” strategy seems to be working well so far.