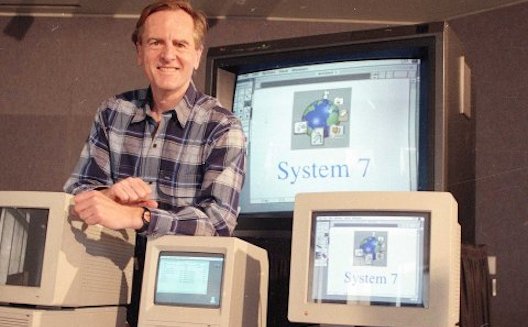 John Sculley back in the day. (Image via Associated Press)

“There has never been a better time to build a transformative company,” says John Sculley in a spirited voice, his simple attire belying his formidable legacy as one of the world's most accomplished business veterans.

In 1977 he became Pepsi’s youngest president after famously pitting them against Coca-Cola for the position of global soft drink supremo; in 1983 he joined Apple as CEO, where, in his decade-long leadership saw the company’s revenues multiply tenfold, making him Silicon Valley's highest paid executive.

Today, Sculley is an investor and advisor to an array of health and tech companies, including one of the world’s cheapest smartphone brands.

During a recent interview with Wamda in Dubai we got to delve deeper into the tenets that keep him ahead of the game, many of which he explores in his new book Moonshot! Game Changing Strategies on How to Build a Billion Dollar Business.

Here is some of Sculley’s wisdom, in his own words:

Entrepreneurs must have an insatiable curiosity, a burning desire to solve big problems for people, sometimes foreseeing problems that folks don’t realize themselves.

Look at Bill Gates and Steve Jobs. They were committed to empowering knowledge workers with personal computers at a time when people didn’t even know what a personal computer was. Computers were giant, industrial size machines. 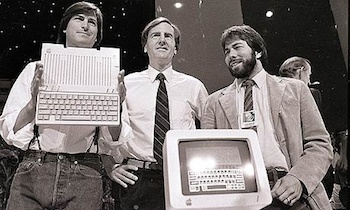 No one imagined it would be part and parcel of everyday life, sitting there on your desk. But these two visionaries instinctively knew that an information-driven economy was imminent and decided they would empower these workers with tools for the future. As Steve would say: “Let’s create a bicycle for the mind.”

Find your noble cause

At Apple we were valiant and relentless about inventing new technology that can change the world, change the way people live. And we did. Today my ongoing work with healthcare innovation is driven by that same pursuit of a noble cause, one that is for the greater good.

You have to find your noble cause, your mission. It’s what’ll keep you going when times are tough and will draw good people to work for you.

Steve didn’t like to sit in his office much. Instead, he’d like to walk the Stanford University campus and the hills above Silicon Valley, dissecting ideas. Steve called this “zooming,” where you studied different unrelated domains, brainstormed and connected the dots.

So much of what Apple is renowned for sprung from these creative sessions. Don’t be holed up in your office, get out into the world, read books on unfamiliar subjects, take a class in something new, stay curious.

In Silicon Valley, we all know that entrepreneurship is about embracing risk and being unstoppable despite failure. We learn from our failures, not from our successes. I’ve failed too.

In the late 1980s, I led the development of the first handheld personal digital assistant called The Newton. The technology was revolutionary but the product failed in the marketplace. It was 20 years ahead of its time, much before the world wide web and cell phones were ubiquitous.

Ironically, the microprocessor in The Newton is what we now have in billions of smartphones today. So you see, although it failed, it yielded capabilities that were intrinsic to the success of future smartphones.

Back then, critics and the public questioned the need for such a device. Yet today it’s the norm.

Build your own board of directors

If you don’t have a mentor, find one. And if you have one, get more, each with different talents and expertise. Your personal board of directors.

Some of the most famous entrepreneurs did not go to business school. Studying case histories about decisions made by senior executives at mega-corporations is not going to equip you, as an entrepreneur, when you want to know how to raise capital, recruit talent, make that pivot or resurrect your company after a serious oversight.

Build relationships with mentors who’ve fought those fires before you, and learn all you can. 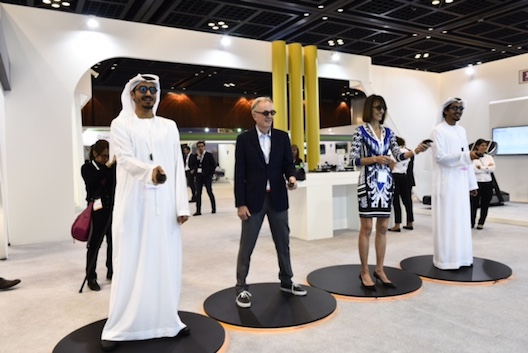 Sculley at Digital Health Live earlier this year in Dubai. (Image via Nuviun)

You can be a victim of your own success, if you fail to adapt and innovate.

It’s happened to some of the big players out there. Look at Kodak: once the leader in modern photography, now almost forgotten in today’s age of digital photography.

Look at Microsoft and Intel, they dominated the computing boom of the 1990s and yet both of them completely missed the mobile revolution.

Uber superbly embodies the power of disruption. It’s worth $40 billion today, not simply because of technology. Technology was part of the answer that came from asking the right questions about what customers truly needed, thus transforming the industry and expanding the market.

A customer plan trumps a business plan, any day

The way I see it, a business plan involves time spent assessing previous targets and establishing new ones. It has very little to do with the lifeblood of your business: your customers.

There’s a dramatic, rapid shift in the marketplace: from brands and producers-in-control to customers-in-control. Today, customers have instant access to such vast information and they can instantly purchase with a click on their smartphone. And this power will only grow exponentially in the future.

Answer these key questions: what’s a really big customer problem that needs to be solved? Can we solve it, and if so, how well? How can we innovate or disrupt with our solution? How do we engage the customers? What’s the cost of customer acquisition? How do we retain customers? Get it right for your customers and your business will go far. 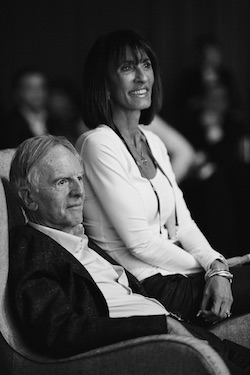 You can’t do it alone. You’ll burn out. You need at least one person - be it a friend, a cofounder or a spouse - who has your back and your best interests at heart, who celebrates your strengths and gives you consistent mental and emotional support every step of the way.

Sculley with his wife Diane. (Image via John and Diane Sculley)

I’m so lucky that I have my wife, Diane, not just as my partner in life, but as a partner across the board: intellectually, professionally, and emotionally. She keeps me energized and organized. We both share a healthy curiosity and always have new goals for ourselves that keep us inspired.