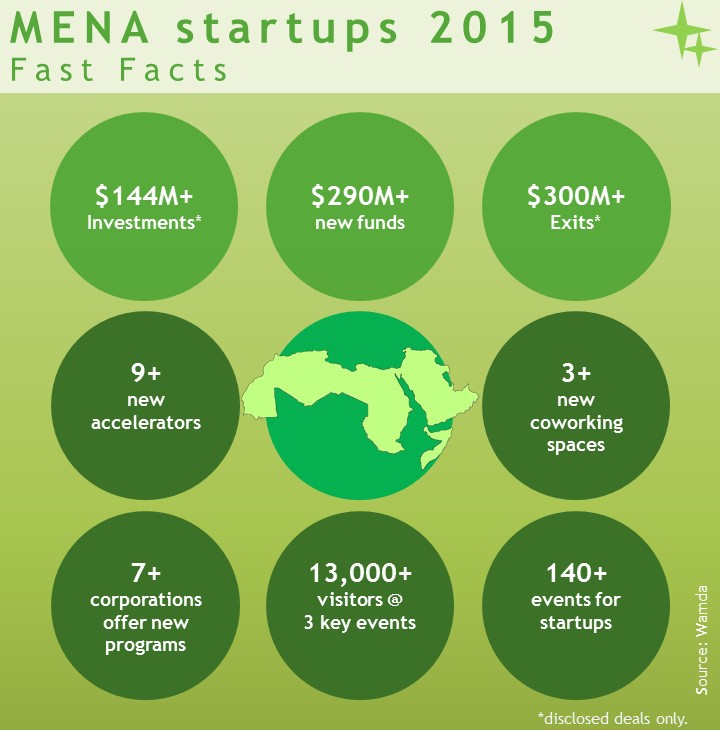 As the 2016 Global Entrepreneurship Index noted, MENA countries collectively enjoy a startup ecosystem that is “almost exactly at the world average or very close to it.”

It remains to be seen though if the investments, funds, new support organizations and inspiring events that made 2015 an exciting year, unfold into a dynamic that lifts the MENA above world average.

The country that appears to be heading in this direction, above others, is the UAE - it is where most successful startups establish their headquarters. This year alone, UAE-based startups raised $105 million in disclosed deals, the lion share of which went to Careem’s $60 million Series C round.

But success wasn’t limited to Dubai. With 14 disclosed investments, Lebanon is almost on par with the 15 deals disclosed in the UAE, although the combined amount of $21.1 million is merely a fifth of the amount raised in Dubai.

Amman-based startups Mawdoo3 and Mixed Dimensions Inc. raised a combined amount of $2.55 million but the real amounts raised are likely to exceed $4.5 million with Tamatem and Gate2Play, among others, not disclosing details of their Series A rounds.

Cairo saw KarmSolar sign a $17 million deal for its off-grid solar power plant, startups Yaoota and Wuzzuf raising a combined $4.4 million while the exits of Fawry and Otlob totalled $112 million.

In fact, even countries that usually do not receive much attention surprised us with their success stories. Morocco witnessed the exit of Taxiii and the 32 percent acquisition of Moteur.ma. Palestine’s Yamsafer and Batuta raised $6 million together, and the largest exit in MENA since 2009 was made by Talabat from Kuwait, which was sold for $170 million.