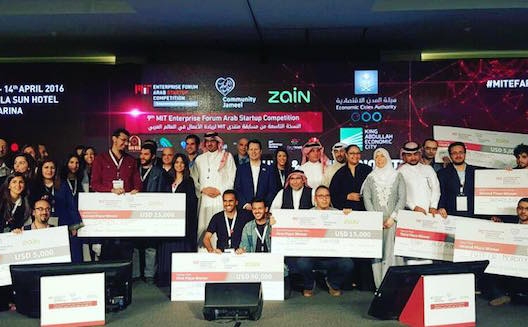 Winners and Judges of the 9th ‪‎MITEFARAB‬ Startup Competition. ( Images via MITEF)

It was North Africa versus the Arab world at this year’s MIT Enterprise Forum (MITEF) Startup Competition, with five of the nine winners coming from the Maghreb and Egypt. But it's Kuwait karaoke startup Ghinwa that took the top prize.

The finals took place on April 14, where the startups pitched to a panel of investors and successful entrepreneurs at King Abdallah Economic City, in Saudi Arabia.

Launched in 2008, the competition has continually grown in size and reputation. This year, the competition received a record 15,967 individual and team applications (comprising over 16,500 entrepreneurs) from 21 countries across the Arab region.

Semi-finals were on April 13, where 78 teams were winnowed down to 10 from the Ideas, Startups, and Social Entrepreneurship tracks for the finals.

Preparatory entrepreneurship-focused training sessions had been held in the two months leading up to the semis in Egypt, Jordan, Morocco, Saudi Arabia, and the UAE. 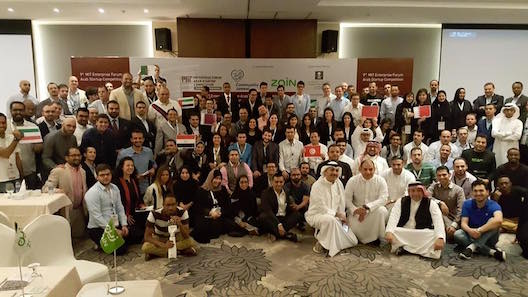 76 teams from 20 Arab countries on their way to changing the world.

The other winners in this track were Zamen from Egypt, an app offering daily breaking news coverage in Arabic from trusted news sources worldwide, and Saudi Arabian B8ak, which is an app that allows users to book handymen and service providers to maintain their houses.