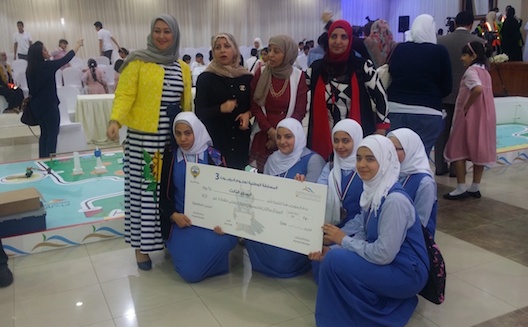 The winning team with their prize. (Images via Sara Tarik)

During Kuwait’s third National Competition for Robotics held at the Nusaibah Bet Kaab School for girls on April 18, one question continually came to the fore: can robotics play a role in improving education? 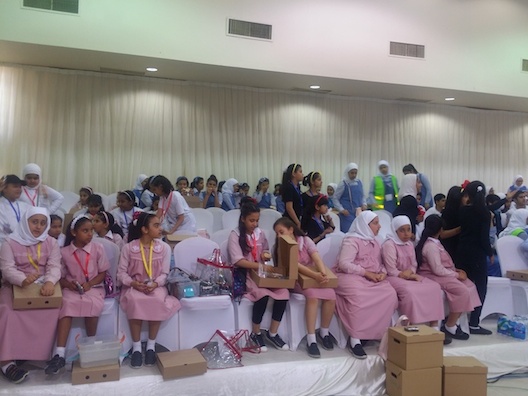 Students showing off their inventions.

Robotics competitions offer a chance to encourage students to build their own solutions to real-world problems using science and maths. Building a robot is a meticulous and difficult process that requires collaborative efforts from all team members.

“The role of these competitions is important to develop the abilities and potential of students and to encourage innovation in scientific sectors, which might see great leaps today,” said Kuwait’s minister of education and higher education Bader Al-Issa.

Around 20 projects developed by elementary and middle school students were exhibited at the competition. Most of them tried to solve current global challenges, such as reducing energy consumption, street traffic, the Zika virus outbreak, and the problem of finding available parking spots in Kuwait. 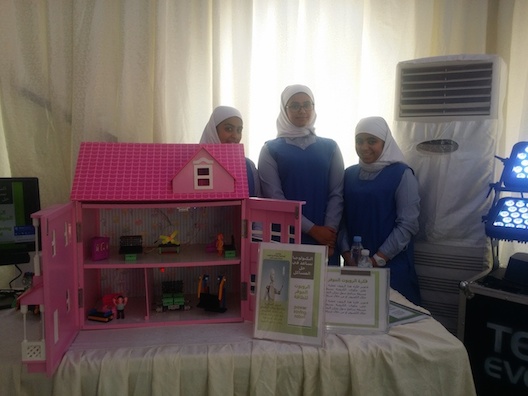 The team behind the energy saving robot.

The students of the Umm Hakeem Bent Harith School developed a robot that regulates house lighting and air conditioning in an attempt to save energy. Other students from the Al Bairaq School built a robot that organizes car parking in public spaces and malls.

“The current curriculums are convenient but need more progress and technical support,” said SACGC general manager Omar Al Bannai. “This is done through more practical training and involvement in extracurricular activities that grow the students’ academic and scientific potential.”

Ahmad AlShemry, a lecturer at the Arab Open University of Kuwait and a judge for the competition, spoke about the need for an educational renaissance in the scientific sectors of Kuwait, so that the country can move up to the same level as its more advanced peers.

“That can be achieved through the collaboration of governmental and educational institutes in setting up training and research centers,” he said. “Research becomes empty of academic value when it doesn’t resonate with the needs of society or contribute to students’ development.”

He then called for students to participate in robotics programs and educational centers offered by various institutes - including SACGC - as well other university programs at Kuwait University and Arab Open University. 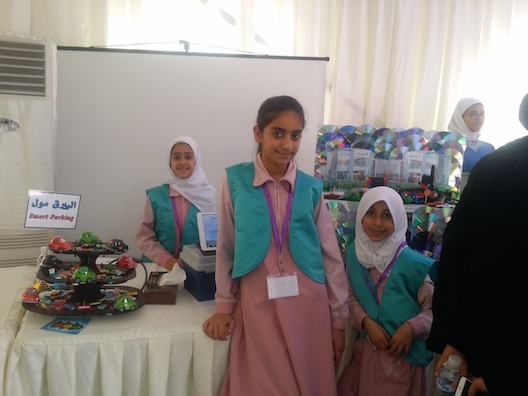 “There are excellent projects that suit the age group of students who were keen to collect, link and program hardware pieces using the education and skills they learned  at school,” Al Shemry said during the event.

The most persistent challenge faced by students at the competition was finding an idea that could be turned into a robot, and merging robotics with programming.

Fab Lab team members were present at the competition to address the problem, with the help of circuitry and laboratory equipment from SACGC.

Three winners from each of the elementary and middle schools were announced at the end of the competition.

Middle school winners included Ali Al Salem Al Sabah School in first place, followed by Abbad Bin Bashar School and Ounaisah bent Khbeib School. Amina Abed Al Razzak, one of the winning students from Ounaisah, said that she was “so happy for winning today, we benefitted so much from this experience where we made a robot that deals with the problems of students sneaking from school.” 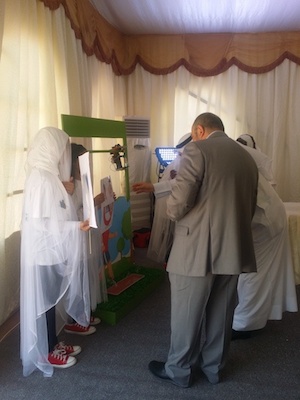 The judges evaluating one of the projects.

“We are in dire need of providing such scientific spaces for future generations,” said Sheikha Al-Zain Al-Sabbah, representative of the Ministry of State for Youth Affairs.

“What we’ve just seen from these students is an attempt to find scientific solutions to current problems in wonderful innovative ways, despite their young age,” he added.

The robotics competition is one of many national initiatives that seek to elevate the educational level in Kuwait and merge it with practical applications in life, while enhancing the role of scientific research in various sectors.

“We created this competition because of the lack of scientific competitions that aims to use technology as a means for innovations,” Al Bannai said. “Robotics merges mechanics with electricity, programming, engineering and design, and it’s an effective way to train our students on the methods of innovation.”