If you happen to visit Haraj, an ecommerce website in Saudi Arabia, you may not know why it is valued at 600 million Saudi riyals (US$160 million).

The design is super basic and offers cars for sale, electronics, real-estate, and even sheep, cows and birds (selling livestock online is becoming a trend in other countries like Kuwait).

Design may not be important. (Image via Haraj)

Yet Haraj, launched by Yousef Al Rasheedi in 2008, has around 30 employees and in 2015 made monthly sales of 400 million Saudi Riyals (US$106 million). It reportedly receives around 10,000 new offers daily, gets 600,000 users each month and has over 150,000 advertisers on its real-estate section, according to news website Sabq.

In March, Al Rasheedi, made the news when he refused to sell 20 percent of the company’s shares for $20 million, according to the same source. 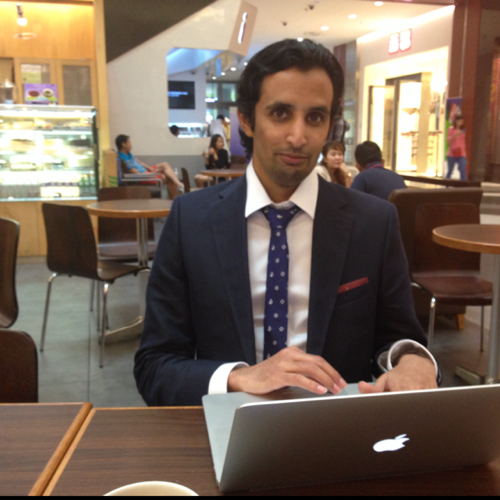 “We reached success and fame and this amount of money doesn’t suit us because our mission is not limited to making profits,” he told the website.

Al Rasheedi (right, image via LinkedIn) did not respond to several attempts for a comment on the proposal.

Al Rasheedi graduated from King Fahd University of Petroleum and Minerals with a Bachelor’s degree in computer engineering in 2007.

Cars may be its highest selling point but unlike Saudi car sales site Motory, it also features other ‘services’, such as picking up a shipment for someone and domestic maintenance services.

Sayaraat (cars in Arabic), SaudiSale, Carmudi in Qatar and the UAE, Saudi Top Cars, Beezat, Syarah and many more are rivals in the regional online automotive field.

However, Haraj doesn’t let users buy online, acting as a medium between buyers and sellers, and has separate sections for different cities in Saudi Arabia.

Haraj’s site says it takes a 1 percent commission on each product or service sold through the website, but it is free of charge for buyers. Commission is paid through a bank transfer. Advertisers can save on commission by subscribing to one of Haraj’s packages: They can pay 1490 riyals (US$397) for six months and have up to four ads each day, or 2390 riyals (US$637) for a year.

But a discount system decreases the commission to less than one percent for car and real-estate sellers, based on timely payments, number of ads posted, whether users complained, and how many items they sell. 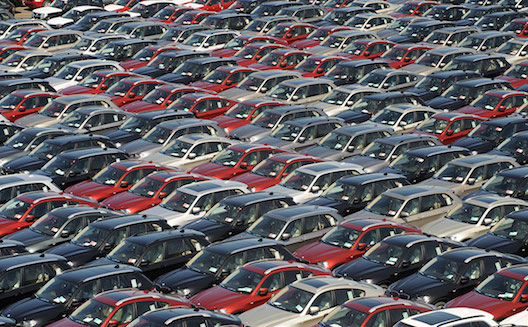 Which one would you choose? (Image via BLG Logistics)

Haraj doesn’t have an online payment option, which makes it harder to track the number of transactions made and count the commission. However, the founder relies on the trust between him and the sellers. This might seem like a primitive approach to conducting business but it seems to work with Al Rasheedi, who talks about this approach in this podcast and admits becoming a millionaire.

Perhaps one of the reasons that made Haraj so popular is its reliability.

Advertisers have a set of rules they must abide by when using the website. It includes not advertising for third party services, not posting offers and pictures that are irrelevant and do not respect the local culture, and not advertising for blacklisted products.

Haraj, despite its unprepossessing design, seems to be an attractive opportunity for local investors, appearing to both make money and command a sizeable chunk of the online market in Saudi Arabia. But they’ll have to make the offer good enough to get through its founder’s door.