2016 was an exciting year for the startup ecosystem, especially from an investor’s standpoint.

Investors’ appetite for deals rose significantly: research conducted by the Wamda Research Lab (WRL) shows a 560 percent year-on-year increase in the number of investments, including those in Souq.com and Careem.

The Emirates retains its position as the central hub of regional investment activity - their investments totalled 10 times more than those of closest ranking countries. Compared to 2015 there was a seven-fold increase in invested amounts, and almost double the number of deals closed in the UAE.

Private equity firms have begun making investments in regional tech companies, signifying investors’ belief in the potential of these startups to achieve higher growth. Furthermore, capital availability is increasing with the launch of 11 new venture funds that raised more than double the amount of deployable capital than last year’s funds.

A prominent feature of this year’s funds is that the majority are looking to provide funding past the seed stage (only 4 out of the 11 are solely seed-focused); coupled with the fact that 40 percent of investments made in 2016 were Series A/B/C, this mirrors the rise in later stage venture investments in the US and Europe during recent years. It also signals a shift in capital allocation to growth-focused later stage investments.

Acquisitions amongst startups have increased this year as well, with several deals finalized in 2016, the most prominent of which includes the acquisition of Emerging Markets Payments by Network International for $340M. In addition, the acquisition of Savaree by Careem, and Sarouty.ma (the Moroccan arm of Propertyfinder.ae) buying Selektimmo mark the expansion of regional startups into different markets (Pakistan and Morocco respectively). This could be indicative of more consolidation to occur among startups in the coming years. 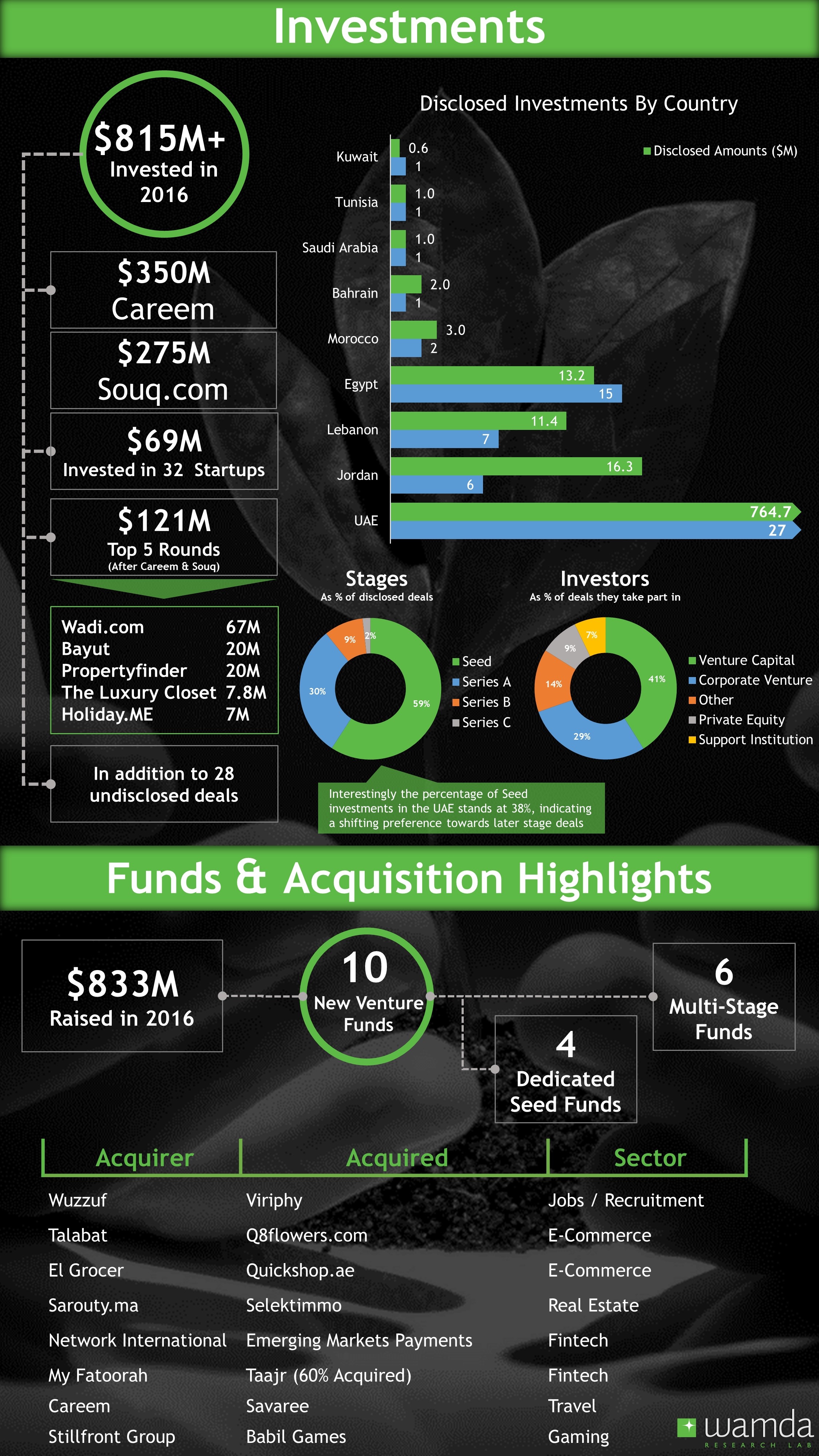