Social media users in the Middle East are the most engaged in the world and yet digital advertising spend in the region is among the lowest globally.

The mismatch is one that Facebook hopes to rectify and the company began with hosting a “How Ads Work” day at its headquarters in Dubai to “demystify” online advertising on its platforms including Instagram and Whatsapp.

There are 187 million active monthly users on the Facebook platform in the Middle East and North Africa (Mena) region and more than 63 million users on Instagram. Globally, there are 90 million businesses listed on the social media platform with seven million advertisers. The company refuses to break down its ad revenues per region.

“Put yourself in the shoes of users and consumers of social media, never before have people had so much control over what they read, interact with, watch and buy and social media platforms have enabled that,” said Shant Oknayan, group director at Facebook Mena.

Users scroll through 92 metres of content every day and grabbing their attention has become one of the toughest tasks for marketing managers. The attention span of Generation Z on social media is just 3.2 seconds.

“If the content is not captivating, educational or emotional, consumers will not interact with that. We are drawn to richer experiences and brands and businesses are seeing that as well,” said Oknayan.

“People expect to communicate with businesses in ways that are instant and personal. They want direct answers. We’ve seen the volume of messages sent to businesses balloon,” said Oknayan.

According to Facebook, 20 million messages are exchanged between people and businesses every month and users are 50 per cent more likely to shop with a business if they can interact with them directly “and we’ve seen businesses in the region play into this”.

A PwC report found that just 37 per cent of shoppers use social media to find inspiration for retail purchases, whereas in the Middle East, this figure jumps to 78 per cent. More than half of all purchases in physical stores had a prior “online touch point”.

“Digital ads influence e-commerce purchases…but [user] attention span is limited. If the experience is clunky or if there are friction points, they leave and 83 per cent of shoppers are unlikely to buy from a business if they’ve had a bad experience,” said Oknayan.

In a report recently published by Crowd Analyzer, which analysed more than 172 million interactions for its State of Social Media report, social media users in Mena are becoming more active and engaged online. The report found that the automotive industry was the most talked-about sector across all social media platforms in 2018 in Mena with 61 million interactions, followed by the telecommunications industry (38 million) and the media industry (23 million). The financial technology (fintech) sector came in last with only 5 million interactions. Businesses were the most interactive out of the interactions analysed in the report, with close to 52 per cent of businesses engaging in conversations related to fintech and 26 per cent discussing the automotive industry.

Overall advertising spend is decreasing in the Middle East and Africa (MEA). According to Warc, the fall in oil prices has impacted advertising budgets although digital advertising is growing, making up a larger share of ad spend. 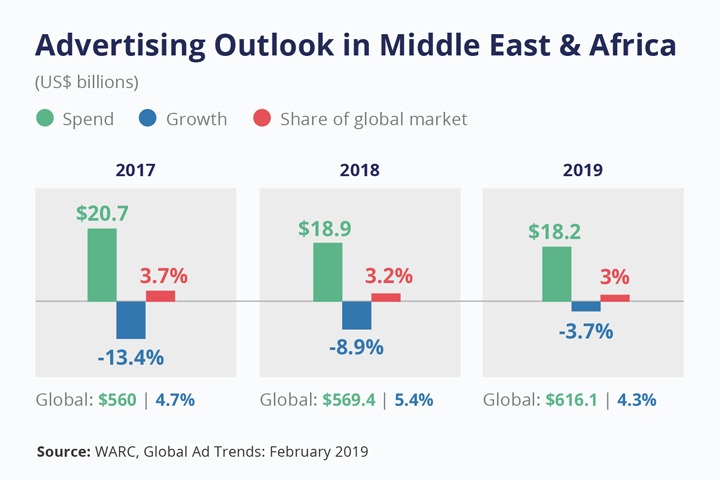 Internet advertising spending in the MEA region in 2019 will increase 20 per cent from 2018 and valued at more than $5 billion according to eMarketer. By 2022, spending on digital ads account for 28 per cent of total ad dollars spent in the region.

Most of the online advertising is being driven by startups in the Middle East according to Oknayan, who are more likely to have a “digital first” approach across their business. Successful campaigns the company shared from the region included Egypt’s Swvl which wanted to build brand awareness and saw twice as many app downloads, Kuwait’s Boutiqaat which saw a 17 per cent increase in order value and the UAE’s Washmen which doubled its sales after its digital advertising campaign.

For Facebook, online advertising has enabled small-to-medium-sized enterprises to have the platform to scale and reach customers beyond their vicinity.

“Marketing plays an extremely critical role. Ten years ago small businesses…couldn’t compete with the largest organisations for ad slots,” said Nikila Srinivasan, director of product management for ads at Facebook. “Every TV or newspaper ad slot you bought was really expensive and it was expensive to reach beyond your immediate community.”

But for ads to be successful, they have to be engaging and the rise of high-powered smartphones with sophisticated cameras have resulted in a barrage of filters and augmented reality (AR) apps that alter the face and allow for real-time interaction.

“Every 10-15 years we see a shift and the latest shift is augmented and virtual reality. Today there’s already one billion people who have used AR on our Facebook platforms in the last year, it expands the immersive experience, the way people express themselves and enables them to connect with friends, family and brands in new and fun ways,” said Oknayan. 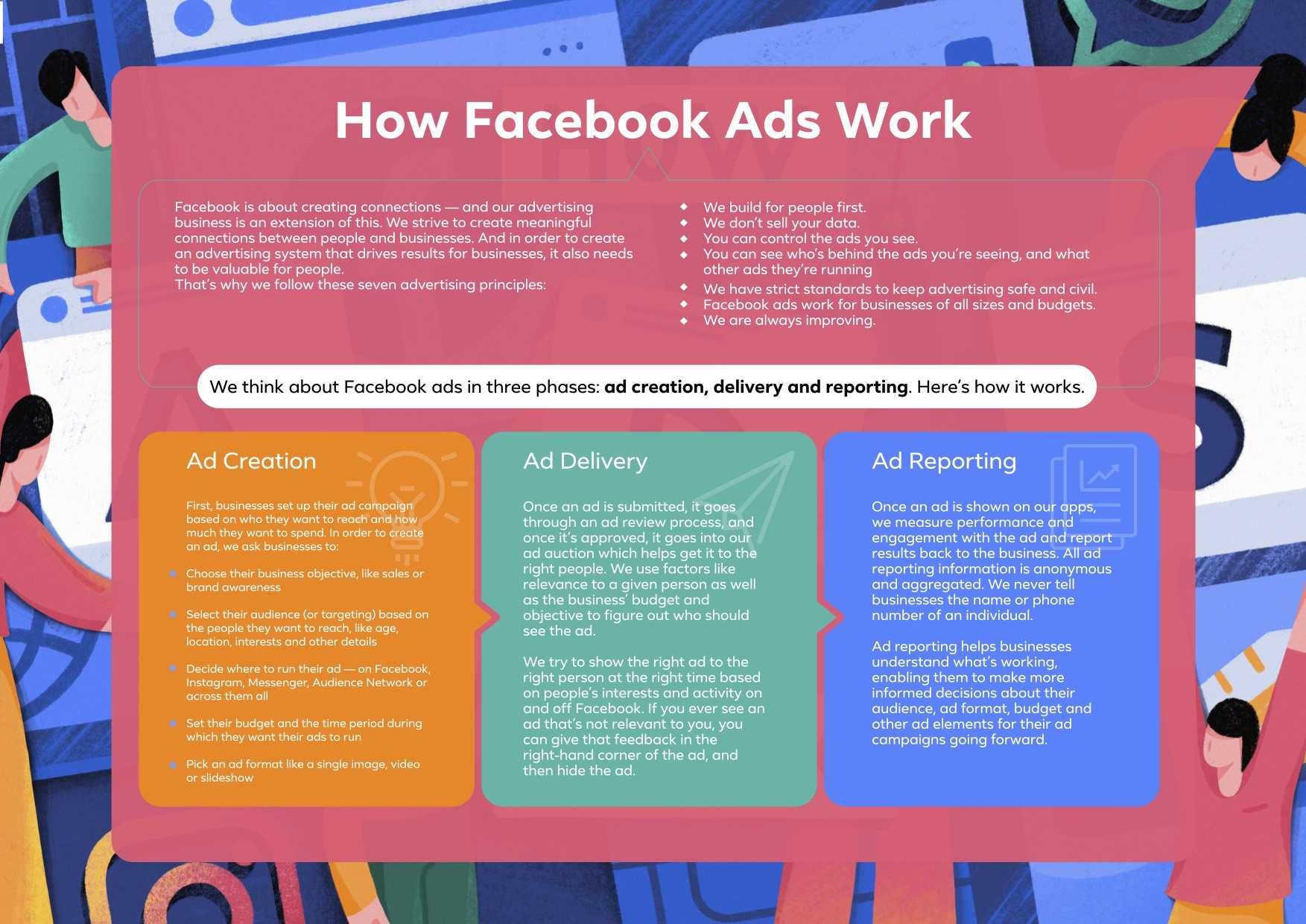