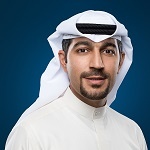 Abdulaziz is co-founder and Managing Partner at Faith Capital, a venture capital practice that is focused on the GCC. Previously, Abdulaziz was the founding Vice Chairman (Executive) of the Kuwait National Fund for SMEs Development up until April 2017, and prior to that co-founder and Managing Partner of Talabat.com until 2010. Abdulaziz has also previously served as director at Global Investment House, where he managed key investments within the private equity group. You can reach him on Twitter @aballoughani