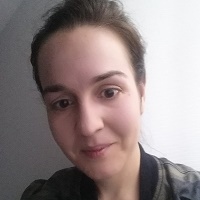 Lilia Blaise is Wamda's senior French editor. She is a French-Tunisian journalist based in Tunis and has previously written for the New York Times. She was also a regular contributor to The Courier de l'Atlas magazine as well as Middle East Eye and France 24 website. She is also the co-director of the documentary '7 Lives', broadcast in 2014.