May Al-Oteibi, 26, is a Saudi entrepreneur who has always aspired to use technology to serve the disabled, having a mentally challenged younger brother herself.

After graduating in 2010, Al-Oteibi worked as a special needs teacher before finishing her Master’s in Special Educational Needs Technology in 2013.

While conducting research for her master’s degree, she noticed a lack of technological services and Arabic-language smartphone apps that cater to this population. Fast forward to today and Al-Oteibi will launch her Learn With May app on iOS by the beginning of the academic year.

Learn with May will be based on a 3D virtual character that plays the role of a teacher/educator, leading users on a step-by-step educational journey, with the help of interactive lessons and exercises that Al-Oteibi used when she was a teacher and master’s student. 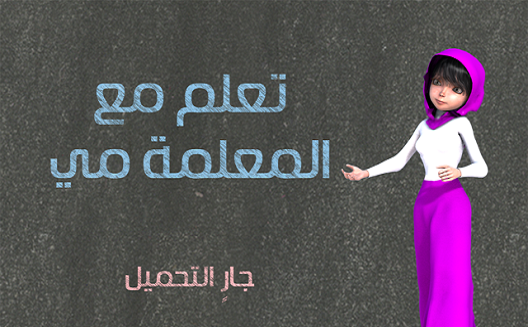 The virtual teacher (images via Learn with May)

"I faced some challenges while searching for an Arabic app that educates those with special needs," Al-Oteibi said.

Designing apps for these users can be tricky. “Some apps display advertisements that distort users' attention,” she explains. “Too much coloring and image and decorative lining on the screen is not suitable for their abilities and characteristics."

Learn With May was awarded the Pearson Teaching Award, which came with a supporting grant of $10,000 for the app development, and the Arab Mobile App challenge for 2015.

From master’s research to entrepreneurship

After getting hooked on smartphone design, Al-Oteibi started designing her app according to scientific standards that comply with the needs of the intellectually disabled. She followed specific methodologies to teach users how to read, write, speak and understand Arabic. 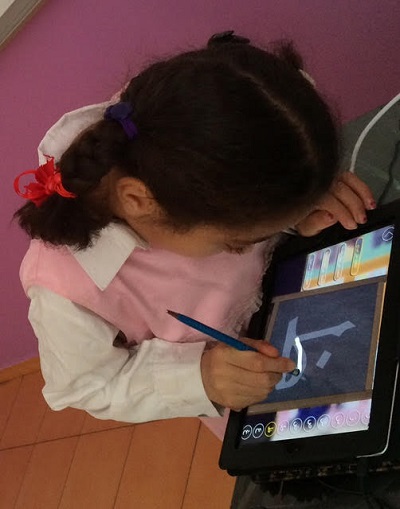 The app includes several strategies to prepare children for learning, like visual and auditory distinction and perception, attention and focus exercises and a reading guide that gets tougher gradually. The app also follows scientifically proven steps to teach speech and writing, as well as motor skills. Spelling exercises start with teaching the child to spell his name and the names of his family members. Vocabulary terminology include words related to the child's immediate environment.

Al-Oteibi began by handling the design of the app by herself, before using the help of i3arabi app developing company. Based in the UK, the company funded an undisclosed amount of the project, while Al-Oteibi funded the rest.

A study by the team showed that special need pupils who tested the app performed better in Arabic language tests and interacted more confidently with their peers than those who didn’t use the app.

Learn with May is not the only app that aims to assist children with disabilities. Saudi startup iRehab helps in the rehabilitation of children with special needs without their leaving their homes. Also, a finalist of the Emirates Award for the Arabian Gulf Youth seeks to establish a beauty salon that caters to children and teenagers with special needs.

It’s only the beginning

The Saudi entrepreneurship ecosystem has attracted a lot of new investors lately, said Al-Oteibi, a graduate of the Emirates Award for the Arabian Gulf Youth.

The Saudi government is supporting small and medium enterprises SMEs through incubators and initiatives like Badir Program for Technology Incubators and "Kafalah", a government program to fund small businesses. 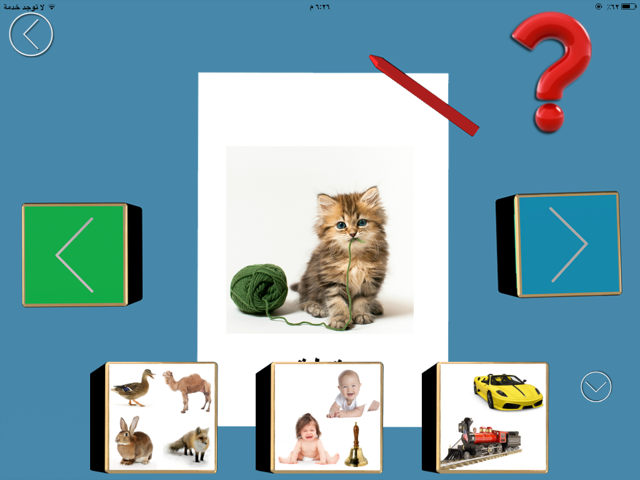 Still, Al-Oteibi says students need to be educated about the basics of entrepreneurship and encouraged to innovate and come up with their own solutions.

Al-Oteibi looks forward to expanding services for special needs children through her new project "Tamkeen", the Arabic word for "enabling". This initiative seeks to devise solutions and to design smartphone apps that help disabled Arabic speakers. She isn’t targeting users only, but also schools, ministries, educational institutions, rehabilitation centers and speech centers who take care of the people with special needs.