A new generation of Saudis are relying on themselves to invent stuff instead of buying it, and TalentS is one of a number of training centers dedicated to supporting children to get into science.

Whether it is FabLab Dhahran, FabLab Arabia in Jeddah, the recently launched Geeks Valley or TalentS, Saudi youth are receiving the support and necessary tools to develop their projects from a young age.

TalentS was launched in Al Khobar in 2007 by Amr Saleh Al Madani and Saeed Saeed, and still receives emails from former students now at MIT and Stanford University, expressing their gratitude for the scientific courses and programs they attended. 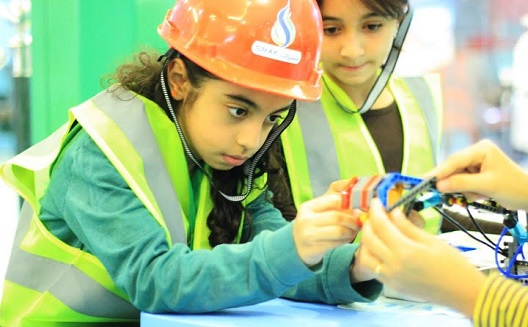 Seeking knowledge at a young age

The company's mission, to facilitate access to science and technology for children aged 6 to 18 years in a fun context, helped to create a close alumni network.

Discovering students’ abilities and raising their scientific competencies during school hours can come up against obstacles, from school administrations to teachers and even the Ministry of Education.

That’s why TalentS prefers to work outside the school framework, finding that teaching robotics design, development competitions, engineering and programming outside the classroom increased students’ love for technology.

"Our success chances are higher this way," Al Madani said.

The founders' prior experience at Saudi Aramco left its mark on them, as it's a highly supportive environment for entrepreneurship.

"We benefitted immensely from Aramco, and that’s why we built our company on solid grounds,” Al Madani said. 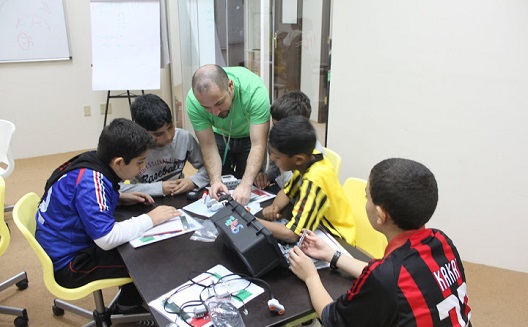 Science outside the classroom

TalentS started by offering a collection of small sessions at a lab in Al Khobar city in the Eastern Province of KSA, targeting fathers who brought their children to learn programming.

It later expanded to organizing Kingdom-wide competitions and attracting the attention of government and semi-governmental institutions such as Mawhiba, an organization which supports innovation, and Saudi Aramco which signed a partnership with TalentS.

It launched with Mawhiba and the national Olympics for scientific innovation in 2008 and expanded its science and robotics programs to all of Saudi Arabia. It held competitions throughout the eastern and western regions, lifting participation from eight teams and 80 students to over 4,000 students and 400 teams. 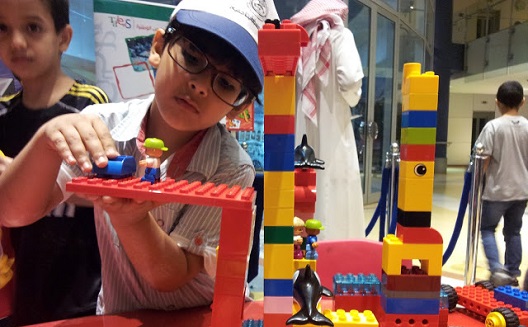 Between 2007 and 2009, the company set out to target fathers in particular, as they submit their children’s applications and pay for the sessions.

However, the company later changed its target audience and started looking for companies with CSR programs in order to generate more revenues.

Its customer base includes Saudi Aramco, Mawhiba, King Abdullah City for Atomic and Renewable Energy (K.A.CARE), and K.A.CARE’s Mishkat interactive exhibition which is one of the company’s most important accounts.

But partnerships with large companies soon proved to be unreliable as they were not renewing their contracts, sending TalentS back to parents with an app allowing parents to follow the programs their children are enrolled in.

“We returned to the start line, with bigger knowledge this time,” said Al Madani.

“We’re still working on both models; however, the model targeting companies constitutes 90 percent of our income.”

The company didn’t need any significant funding at the beginning. The founders self-funded it with a capital amounting to 400,000 Saudi riyals ($106,600 USD). They worked for half their previous salaries at Aramco in an attempt to reduce their expenses and from one of their houses.

The company’s biggest challenge was to raise the community’s understanding of the unconventional service that it was offering outside school hours. Neither the investors nor the clients would understand the company’s work mechanism.

The year 2009 was the most difficult for the company when several contracts ended.

“We were losing 300,000 riyals per month,” Al Madani said. The losses accumulated to almost $270,000. The deal with Mishkat brought them back to profitability.

“Even if things get tough financially, we won’t quit our work, because it is fun and it is leaving an impact on society,” Al Madani said.